Lyndon LaRouche: in Ukraine, the United States put on the Nazis 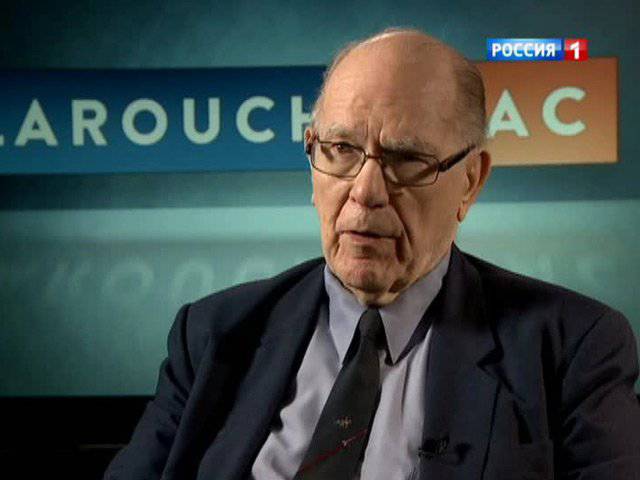 Obviously, the coup in Kiev could not have happened without the direct support of the West. Prominent politicians of the European Union and the United States openly visited the Maidan and supported the intentions of the crowd to overthrow the power chosen democratically. On the eve of the Vilnius Summit, this was done by the Speaker of the Lithuanian Parliament, Loreta Grauzhinene, having appeared suddenly on an inconsistent visit to Kiev and spoke directly from the stage. In the midst of the Maidan, the EU High Representative for the Common Foreign and Security Policy Catherine Ashton and the former Prime Minister of Poland, Yaroslav Kaczynski, appeared. But perhaps the most memorable was the visit to the Maidan by US Assistant Secretary of State Victoria Nuland, who distributed to the rally people buns and cookies. At a closed briefing at the White House, Nuland admitted that the US spent more than 5 billions of dollars to support the Ukrainian coup. In an interview with Evgeny Popov, the elder of American politics Lyndon LaRouche spoke about the role of the West.

Those who decided the fate of Yanukovych and forced him to flee the capital, do not have Ukrainian surnames. After all, even the decision of the president to hold early elections is reported by Polish Prime Minister Donald Tusk. His envoy Sikorsky, meanwhile, is on Bankova with Steinmeier and Fabius. The foreign ministers of Poland, Germany and France fulfilled the task: they persuaded Yanukovych to sign an agreement, which the opposition, having signed, immediately forgot. And if the Maidan itself won in Kiev.

91-year-old politician Lyndon LaRouche is an American idealist who Hoover and Kissinger tried to rein on. LaRouche follows Maidan since December and notices that there were no puppeteers here at the crucial moment. Nuland from the State Department distributed bagels a lot earlier, Senators McCain and Murphy also filmed a mob on iPhones before the main events.

Maidan LaRouche compares with the detail of the designer, which fell down after the collapse in Syria, and now the US is trying to assemble it again. But Ukraine here is an intermediate goal.

"Ukraine is just a territory where the West is trying to break Russia, and if they break it, they will go further," said the politician and economist Lyndon LaRouche.

The task is not new, the methods are not original. From the mid-forties, LaRouche recalls, when the United States rescued and picked up Nazi criminals and their accomplices after the war, in fact, to return them to the same front.

"Ukraine is only a strategic point of attention, it is not the Ukrainian crisis. There the Nazi organizations are still very active, they have been there since Hitler's time, they are Ukrainian Hitler organizations that specialize in the murder of Poles and Jews," says LaRouche.

And because of the atrocities of the "Right Sector" in Kiev, the US emissaries prefer to remain silent. Moreover, 100 people die at a safe distance from Washington. And the police officers blazing from the Molotov cocktails, of course, is a provocation. Indeed, in Kiev - a peaceful protest. Here are just the uprising against Maidan in the southeast and in the Crimea, Western strategists could not calculate in advance. In 2004-m after all, it happened there.

“Crimea for Russia is a region of particularly close attention. If they take the sea part, Crimea, this will be a weak point for Russia. If they take control of the Crimea, Russia will have geopolitical problems. It will undermine its ability to defend. But it’s not goal. The goal is to destroy, to defeat Eurasia, "LaRouche expresses his point of view.

LaRouche does not want to hear about the common European interests in Ukraine. In his post-industrial philosophy in the West, only Britain and the United States have the final say. "Western Europe is dead. There is no more sovereignty in Western Europe. Only Germany is showing signs of life, and she is trying to solve the problem by peaceful means," he noted.

With the East more difficult, explains the politician. The question of sanctions, which not only threaten Russia, greets with a grin. And he remembers how he suffered for his beliefs. In 1989, LaRouche was sentenced to 15 years in prison, falsely accusing him of fraud. After Attorney General Clark called the case against the politician "a blatant abuse of power by the US government." Any sanctions against Russia, believes LaRouche, are now unpromising.

“Russia has nothing to fear,” LaRouche said. “This is a very strong region in all respects.”

The reaction of Russia and the repulse, which the West did not expect, do not mean that Washington is ready to retreat, LaRouche warns. The confrontation has entered a completely new phase. On the one hand, the fateful referendum in the Crimea, on the other - foreign mercenaries, which have already been seen in Donetsk and Kiev.