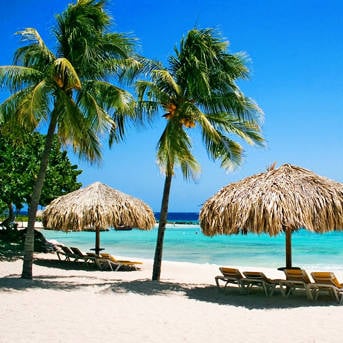 The residents of Miami, having woken up exactly for the brunch, were surprised to find polite military men on the streets who were guarding strategic objects: fast food, banks, federal authorities and the port. According to representatives of the self-defense detachment, formed from the indigenous population of the city, that is, Cubans, Mexicans and residents of Haiti, these people simply care about the security of the new government. The international airport of the city functioned normally. Just near all entrances and exits conveniently located military with completely natural sniper rifles and machine guns.


Florida state held an emergency meeting to develop a plan of action. However, their meeting was interrupted by an explosion completely safe, that is, in fact, a peaceful light-noise grenade. Representatives of the indigenous population, peacefully included with the flags of the Cuban revolution, told the local establishment about the inalienable rights of American citizens to self-government. An appeal was also read out to President Obama with a request to hold a referendum on self-determination for Miami in particular, and Florida in general on May 25. Some expressions in the text of the appeal were not entirely clear. A particularly frequent euphemism is "bljanachuj", written in Latin, but clearly having Cyrillic alphabet as its source.

A group of fur seals was blocked at the place of their permanent deployment by a group of local self-defense activists armed with baseball bats and flags of the Republic of Cuba. Seven tanks without identification marks, of course, had nothing to do with what was happening. In urgent issues News all the main television channels were constantly covered with stories about polite military men guarding strategic missile mines, Patriot complexes and parts of the marine corps. At the same time, the marines who went through a severe war in Afghanistan and Iraq declared their allegiance to the people of the United States and fiercely resisted. However, when toilet paper ended and cable television was cut down, information appeared about the transfer of polite military naval bases, military units and airfields to control. The US President asked the UN to convene an urgent Security Council meeting and announced that all armed forces were on full alert. In the process of increasing combat readiness, it turned out that the showers that had been installed in strategic places for America’s defense were broken. The smell of an unwashed body demoralized the NORAD command so much that it was forced to cancel missile launches, because: a) it could not work in such unbearable conditions; b) did not understand who attacked the civilian population of Florida.

Virtually the entire world community unanimously condemned the attempt to annex Florida to unidentified polite military, who silently watched the preparations for the referendum. The representative of the European Union Catherine Ashton expressed the conviction that external interference in the internal affairs of the United States is unacceptable. Secretary of State John Kerry also emotionally stated that in the twenty-first century, direct military intervention was unacceptable. The journalists gathered at the press conference for a long time bellowed over this anecdote, noting Kerry’s subtle banter over the military campaigns in Iraq and Afghanistan. The next day, Ashton had a telephone conversation with the head of the Estonian Foreign Ministry, in which she shared her impressions of the “stupidity of the Yankees” and focused on the phrase “FUCK US”.

CNN journalists managed to identify one of the military by reading the tag on his backbag, "OSNAZ, Togliatti." They suggested that behind all this is Raul Castro, who had long wanted to get even with America. The National Security Agency drew attention to the fact that unknown, polite military men appeared completely suddenly and were not detected by the Echelon system of global surveillance. Moreover, right on the eve of the invasion, all of the agency’s computers and servers were attacked by an unknown virus that offered to access the Hot Chicks porn site. When everyone got there, an offer popped up on the screen to pay 100 rubles for access to the content. While we were dealing with the exchange rate of the ruble against the dollar, we converted the bucks, an invasion occurred.

The state of Florida, given the desire of the population to quickly hold a referendum, as well as due to the constant provocations from the continental aggressors, decided to speed up the referendum. Not 25 May, but 9 May. The legislators did not explain the choice of the date, because, as they were told, it was necessary. The Cuban legislature expressed its willingness to take in the bosom of the island a new peninsula. Fidel Castro, in spite of his grave health, gave a short, just two-hour speech on this matter. On the same day, the Florida government announced that it was de facto part of Cuba. Absolutely peaceful submarines, which by the way surfaced in the waters of Miami, confirmed the seriousness of these intentions.

Parts of the US Army, blocked by polite military, offered desperate resistance. The military played beach volleyball all day long and literally exhausted themselves. Then there was a message about the nationalization of all property in Florida, which now belongs to the Spanish-speaking population. The quick reaction units of the mainland army were blocked at roadblocks. Under the guise of this, the fighters of self-defense with St. George ribbons caught some five-star general and gave him bream from the heart. And one of them even pierced the so-called “deer”: the general painted the spreading horns with his hands and got to the lobeshnik. President Obama was preparing to launch a nuclear strike on Florida when he unexpectedly discovered a short three-letter word on his door. Arrived on the scene, Secret Service officers identified the inscription as the highest security threat and evacuated the president to a safe place. In Rostov-on-Don. No one will be looking for it there.