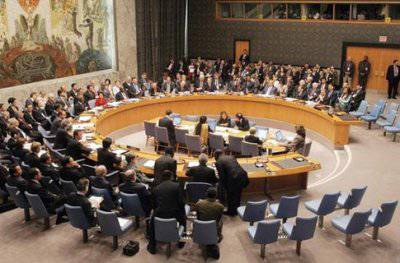 Participants of the meeting of the Security Council called on Ukraine to send observers to the country and called for inclusive political dialogue, told reporters after the meeting, Chairman of the UN Security Council, Permanent Representative of Luxembourg Sylvie Lucas.


“The need was reaffirmed for a comprehensive political dialogue reflecting the diversity of Ukrainian society, taking into account the expectations of all Ukrainians,” said Lucas. According to her, the board members “expressed deep concern about the deteriorating situation, stressed the need for its urgent de-escalation and reiterated the call for all parties to show maximum restraint and refrain from actions and rhetoric that could aggravate the situation.” The President of the Security Council also said that at the consultations there were proposals to mediate in resolving the crisis in Ukraine and send observers there, RIA reports.News».

Took part in the meeting of Deputy Secretary General of the United Nations Jan Eliasson told reporters that he had heard suggestions of Members of the Board with respect to mediation, observers and other diplomatic initiatives.

“I know that the general secretary takes them extremely seriously ... We will act as soon as possible, and we expect everyone to do everything possible to resolve this very difficult and dangerous situation,” said Eliasson.

Russia's permanent representative to the UN, Vitaly Churkin, during an open meeting of the Security Council called upon to return the situation in the constitutional framework, to return to the agreement of February 21 and establish a government of national unity. After the end of closed consultations, he did not talk to reporters.

Russian President Vladimir Putin in a conversation with UN Secretary General Ban Ki-moon said that Russia will take the necessary measures in the event of further violence against the Russian-speaking population in eastern Ukraine and Crimea, and also expressed the need to prevent the escalation of the crisis in the country.

Once on Saturday night in the Crimea tried to seize the building of the Council of Ministers and the Supreme Council, the Prime Minister of Crimea Sergey Aksenov asked Russian President Vladimir Putin to assist in securing peace in the Crimea.

The Kremlin has assured that the treatment will not be ignored. Ukrainian President Viktor Yanukovych also supported the appeal Aksenov.

The Federation Council at an emergency meeting on Saturday unanimously adopted an appeal by Russian President Vladimir Putin on the use of the Russian armed forces on the territory of the Autonomous Republic of Crimea. Federation Council Speaker Valentina Matviyenko said that in the Crimea there are casualties among Russians. MFA before it stated that as a result of the assault and the Council of Ministers building of the Supreme Council is affected.

Recall that rallies against the pro-Russian citizens of the new government in Kiev took place on Saturday in Donetsk, Kharkov, Odessa and Simferopol.

In Donetsk on the Lenin Square, according to local media, about seven thousand people gathered. After the proposal to choose the “people's” governor of the region, the participants called the name of the activist of the “People’s Militia” Pavel Gubarev.

At Freedom Square in the center of Kharkov, where thousands gathered near 10 protesters against the invaders power in Kiev, demonstrators recaptured radicals administration building and raised the Russian flag over it.

As a result of three months of mass hysteria seized power in Ukraine opposition, which took control of the parliament, the president announced the impeachment, while not doing the previously reached agreements with the authorities.

The current president of Ukraine, Viktor Yanukovych, said at a press conference on Friday that he did not recognize the illegitimate power in Kiev and intends to continue "the struggle for the future of Ukraine."