And yet: there will be no gas. About Ukraine’s Gas Tomorrow 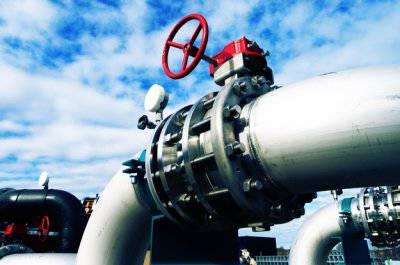 Discussion of "production" (and in particular - oil and gas) issues in the Ukrainian story - the task, in general, is not a priority. First, they fade against the background of the tragic and fateful events. Secondly, economic decisions on “oil and gas” will in any case be secondary to political decisions and configurations that are not yet obvious. Nevertheless, some observations allow ourselves to fix.

First - the gas. On Tuesday, the outgoing head of the Ministry of Energy (he was “out of politics” and at that time even remained at his post) Edward Stavitsky gave an interview to Kommersant-Ukraine. As for gas, it was stated thesis:

1. Ukraine intends to continue to develop shale mining (in collaboration with foreign companies).

2. Ukraine is still interested in creating a reverse channel from Europe, and work in this area, we quote, “will be led by other people, and probably this will be task number one for them. I will give them all the documents, materials and practices so that they can use them. ”

3. In the draft LNG terminal in the current version it makes no sense.

The fact that it was decided to abandon the project of the LNG terminal is not surprising: this is obviously an unprofitable undertaking.

But the two remaining ways of getting rid of Russian gas are still on the agenda, whatever the Ukrainian “government” may be.

But, as you know, at the end of last year, Russia provided a large discount (gas began to cost about 268 dollars per thousand cubic meters). And within the framework of new prices, both projects (slate and especially reverse) do not make sense. The reasons for returning to them are also clear: it was assumed that the discount would be tied to the “roadmap” for Russian-Ukrainian cooperation and would be revised quarterly. Cooperation is, of course, not in the best condition. So, since April, the price of gas can grow somewhere on 130 dollars - up to 400 dollars per thousand cubic meters.

It would seem that it's time to choose the gas to the maximum from the Russian supplies - for the time being guaranteed cheap. Nevertheless, Ukraine right now has significantly reduced its purchases of Russian gas, while at the same time choosing gas from underground storage facilities to the maximum.

The reasons here may be different. Firstly, there is nothing to pay for gas right now, and what will happen in a month - who is interested in it now?

Secondly, it must be remembered that some of the gas that is formally on the balance in the UGS is technological, that is, it cannot be removed. In fact, it is a gas that has been constantly in storage over the past decades, providing the necessary level of buffer gas for stable transit to the EU. And in UGS, not only Naftogaz gas. For example, 5 billion is still stored there, which D. Firtash bought from Gazprom in the fall (he cannot spend it ahead of time, because Gazprom has the right to buy back gas before spring). In addition, the gas slowly rises to ensure transit to the EU.

Therefore, in fact, the principle of "who first got up - that and sneakers", and to take away your gas, for example, in April, it will not work for everyone. In the future we will analyze the topic of UGS in new realities in more detail, for now, in order to reassure readers, let us say at once that there is no Russian gas there - Gazprom after the past gas crises in the UkrPHG does not store its fuel.

Anyway, if the current rates of gas extraction from the UGS remain, the heating season Ukraine may end up with record low volumes of gas in the UGS, and Europe in the spring may feel slight discomfort: it will not freeze (spring), but by 100% the stated volumes of gas it may not succeed. In the next heating season, problems will be much more serious.

In the "oil" part, in contrast to the "gas", while more of the economy and less politics. Here the greatest interest is oil refining. Recall that almost all Ukrainian refineries (six in total) are idle, a significant part of the oil products are imported. The only stable working - Kremenchug refinery, controlled by the group "Privat". This situation has developed due to the sum of various reasons: the level of modernization, access to oil pipelines, etc.

The Odessa refinery, until recently, belonged to Lukoil and has not worked since 2009. Last year it was acquired by the company VETEK, officially headed by S. Kurchenko and unofficially associated with the son of V. Yanukovich. Of course, now VETEK in Ukraine is the first claimant to expropriation. All key employees, at least in Kiev, actually fled, the company's work was paralyzed.

VETEK has recently consolidated a variety of energy assets: here and gas trading (the same reverse from Europe), here and trade in liquefied hydrocarbon gases (here the market share of VETEK is already regaining the Kremenchug refinery).

But we are interested in the Odessa Refinery, which, having just begun work in September, stops again. And not because Russian oil went there, we will find it where to sell it.

The fact is that the Odessa Refinery was recently (seemingly in time for?) Laid down by VTB Bank as security for loans issued by the Russian state-owned bank to the VETEK group of companies. The amount - 370 million. How events will develop - is unclear. Who will be responsible for the debts of "VETEK"? Will it be possible to resell the refinery, even if VTB can prove (to whom?) Its rights to it? If it still did not have time to lay - even worse. Will VTB be able to repay these loans in any way?

It will be difficult to resell the Odessa Refinery without a loss, as it has a fairly low technological level, previously it was supposed to ensure profitability, including taking into account the “special” rules of the game established by the authorities for VETEK. Who needs it now and at what price is unclear.

The second idle refinery, whose launch seems sensible, is the Lisichansk refinery (Lugansk region), inherited from Rosneft by TNK-BP. Earlier, the leadership of Rosneft assumed that the plant could be launched this summer. By the way, even the old, relatively loyal to Moscow authorities hinted at the desirability of creating a joint venture with Ukraine. It’s too early to talk about what the position of the new authorities will be and whether there will be a single center of power in general, since political uncertainties are more than high. But it is clear that the launch, if it takes place anyway, will be much later. In the meantime - simple and, accordingly, losses.