Your rocket is closer. Ukrainian "Governor" will be replaced by our "Sarmat" 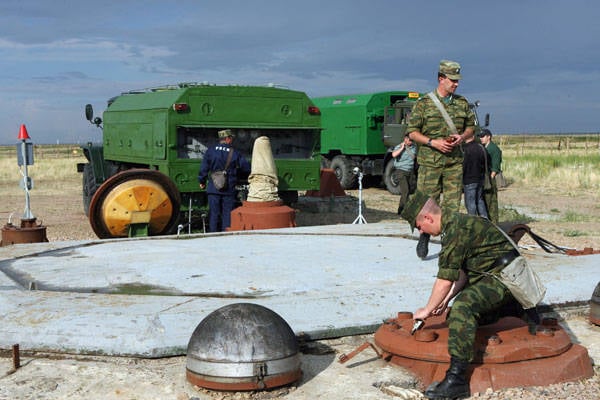 25 February Russian strategic deterrence experts talked about how to develop our nuclear triad.


This included, in particular, a new stationary complex "Sarmat" with a heavy intercontinental ballistic missile. Experimental design work on this project is carried out by the cooperation of industrial enterprises headed by the Makeyev State Rocket Center. They plan to complete them by 2018-2020 year.

According to the former chief of the Main Staff of the Strategic Missile Forces, Viktor Esin, the Sarmat will be replaced by the RS-20B complex of the Voyevoda, which is better known in the West as the “Satan”. Experts say that in terms of its characteristics, the new rocket will not yield to it, and in some respects it will surpass. To do this, designers put in a promising system the best ratio of payload and starting weight. And the high energy of the future rocket will affect not only its effectiveness, but also allow diversifying the ways of countering missile defense systems, including the space echelon of impact weapons.

“A heavy intercontinental ballistic missile of a silo-based missile makes it possible to deliver warheads to targets not only at energy-optimal trajectories with tight azimuths of approach, but also to strike from various directions, including delivery of blocks through the South Pole,” the ex-head of the 4-th Central Research Institute of Defense Ministry said General Vladimir Vasilenko.

It must be said that the “Voevod” complex and the no less formidable PC-18 “Stiletto” have long been in combat duty. Their operational periods are constantly extended, but this cannot go on forever. In addition to the time frame, the geographical factor also affects the fate of rockets. The fact is that "Voivods" and "Stilettos" at one time were produced at Yuzhmash. Now this enterprise is located on the territory of Ukraine, in Dnepropetrovsk. To prolong the life of the missiles, the command of the Strategic Missile Forces each time has to negotiate with its neighbors. The appearance in Russia of its own heavy rocket will eliminate this dependence.

This issue has acquired particular relevance in connection with the change of power in Kiev. What happens if Yuzhmash is closed or its leadership is forced to terminate the agreement on the maintenance of our missiles? Victor Yesin does not expect catastrophic consequences for the Strategic Missile Forces from such a move. “Russian cooperation, which is engaged in the production of liquid rockets, is capable of assuming warranty supervision over the PC-20,” the general said. “Yes, there will be difficulties, because the documentation is in Ukraine. But, nevertheless, this task is solved.”

Once again, experts mentioned Ukraine in connection with combat railway missile systems - BZHRK. Experimental design work on this project is also conducted in Russia. But whether they will get a logical conclusion is a big question. Yesin said that in our country there is no technical reserve for BZHRK, since in Soviet times such complexes were created in Ukraine. In addition, the entire infrastructure for their operation has been lost, and huge funds are needed to recreate it. Finally, problems may arise with the railway authorities, who, according to the general, for their services "will ask at the exorbitant price from the Ministry of Defense." However, putting an end to this project is not worth it. Moreover, it may be particularly relevant in the case of the implementation of US missile defense plans in Europe.

Ctrl Enter
Noticed oshЫbku Highlight text and press. Ctrl + Enter
We are
News of the project "Sarmat"24 of the year since the accession to combat duty in the Strategic Missile Forces missile systems "Voevoda"
Military Reviewin Yandex News
Military Reviewin Google News
77 comments
Information
Dear reader, to leave comments on the publication, you must sign in.