US warns Russia against military intervention in the affairs of Ukraine 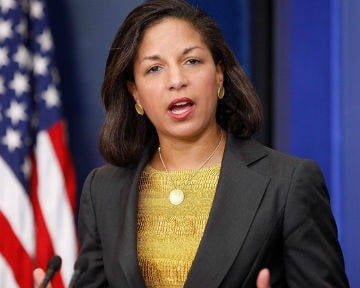 US National Security Advisor Susan Rice said that Russia's military intervention in Ukraine’s affairs would be a "serious mistake."

"There is no internal contradiction between Ukraine, which has long historical and cultural ties with Russia, and modern Ukraine, which seeks to integrate more closely with Europe, "added Rice, quoted by Radio Liberty.

British Foreign Secretary William Hague, as reported, called on the Russian leadership to react with restraint to what is happening in the neighboring country. He also noted that the military solution of the Ukrainian question "is not in the interests of the people in Russia." Haig stated the need to urgently correct the economic situation in Ukraine and the inadmissibility of obstacles on the part of Russia when opening a free trade zone between Ukraine and the EU.