In the US, freedom of speech is less than in Ghana 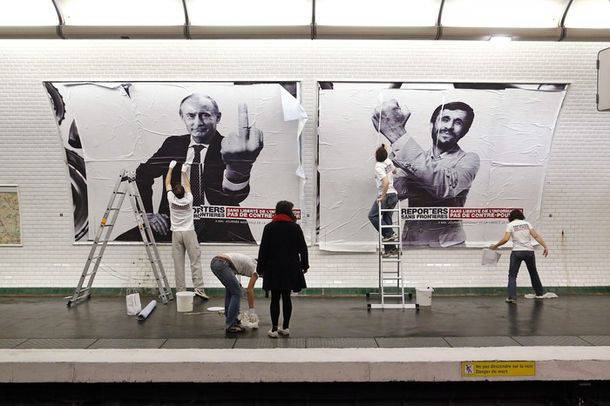 One of the pillars of democracy, guaranteed in the United States of America by the first amendment, is rapidly losing the brilliance of its infallibility. 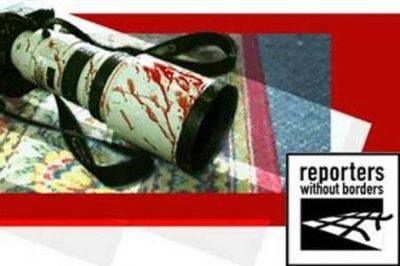 The unfortunate fact was stated by the international organization Reporters Without Borders. In the list of 180 countries where the situation with freedom of speech was monitored, the USA rolled back to 14 positions in just one year, finding themselves in the 46 position. The situation with the right of citizens to freely express their thoughts in the United States was even worse than in such states as Ghana, South Africa and El Salvador.

"Countries that are proud of their democracy and the rule of law are in fact far from an example to follow. Freedom of speech is too often sacrificed for an overly broad and rigid understanding of national security," the study authors say. According to Reporters Without Borders, the Obama administration is taking more and more stringent measures to leaks — over five years, the Department of Justice has filed more lawsuits than any other American president.

As evidence of a “discouraging departure from democratic norms,” the report cites many good examples. The most revealing ones are the brutal conviction of Bradley Manning, the merciless persecution of Edward Snowden, and the court’s decision, which obliged New York Times correspondent James Reisen to testify against former CIA officer Jeffrey Sterling. The latter provided the newspaper’s editors with information about a secret US operation against the Iranian nuclear program.

However, the greatest outrage of the Reporters Without Borders is caused by the age-old term of imprisonment, which threatens independent journalist Barrett Brown. The reason for such a harsh punishment may be the information he made public, obtained by hackers when the server of a private intelligence and analytical company Statfor, nicknamed "the shadow CIA", was hacked. 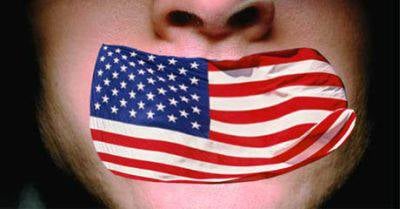 The mass media itself concerns the scandal that erupted last spring. Then it became known that from April to May 2012, the security services tapped the telephone numbers of the offices of the Associated Press news agency (AP) in New York, Washington and Hartford without a court order. At the initiative of the US Department of Justice, experts from Langley in this way tried to find out who “leaked” information to the AP journalists about the CIA special operation in Yemen. All attempts by President AP Gary Pruitt to get justice broke on the statement of US Attorney General Eric Holder that this "very, very serious leak" could "put American citizens at great risk" and "demanded decisive action."

Unsightly история The humiliation of AP employees is indicative in many ways. It perfectly illustrates: who, like and under what pretext, deprived the American media of independence, relegating them to a state of the instrument in the hands of the ruling elite. At the beginning of the 70 of the last century, the presence in the United States of a truly independent "fourth estate" made Watergate possible, which resulted in not only the first resignation of the president during his lifetime, but also the restriction of the activities of American special services. In 1978, under the impression of Watergate, Congress adopted the Foreign Intelligence Surveillance Act (FISA), which placed under tight legislative and judicial control the process of gathering information about citizens within the country.

The intelligence community won back after 11 September 2001. Shocked by the fall of the twin towers and frightened by the threat of a repetition of such terrorist acts, America meekly agreed to part with their constitutional rights and freedoms in exchange for security guarantees. The Patriotic Act (USA Patriotic Act) (2001 year), the Terrorist Surveillance Act (2006) and Protect America Act (2007) helped the security services to break free of the "shackles" of FISA. America was freed from freedom of speech just as quickly and consistently. 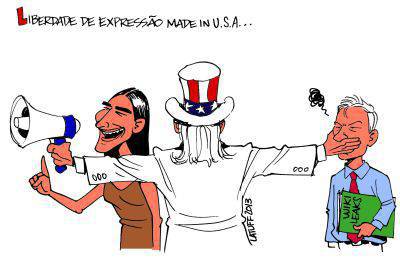 First of all, the White House dealt with national print publications, television and radio channels. For the "correct and objective" coverage of America's "crusade" against terrorism, special rules of conduct were prescribed to the mass media. Their general meaning is well conveyed by a memorandum sent out in the fall of 2001 by the head of CNN Walter Isaacson to all the creative staff of the channel. It defined the criteria for covering US operations in Afghanistan. “We should not pay too much attention to civilian casualties in Afghanistan, which will inevitably be during this war,” Isaacson instructed his subordinates. “Each report from Afghanistan should be accompanied by a commentary reminding that the Taliban are sheltering terrorists in their territory five thousand people (US citizens killed by the September 11 attacks. - Approx. fbii). "

In the same vein, leading US media supported the invasion of Iraq, becoming, according to the apt definition of the head of the Institute for Political Economy, Paul Craig Roberts, "a propaganda ministry for government and corporations." The same Roberts very precisely describes the essence of the degradation of the once exemplary mass media from the point of view of democracy: "In recent years, the Clinton regime has allowed the government to five powerful conglomerates to seize isolated and to some extent independent media. licenses, so they don’t dare to oppose the government on any important issues. In addition, they are now controlled not by journalists, but by advertising specialists and former rulers idents officials, trying not to light on the facts and to income from advertising and access to administrative resources. "

The manageability of the American information giants is clearly visible not only in the foreign policy direction (presenting the situation in the Middle East, politicizing the Olympics in Sochi, relations with China), but also when covering events taking place in the United States itself. For example, not one of the media kits (CNN, Fox News or MSNBC) reacted in any way to Occupy Wall Street, which began in September 2011. And while hundreds of thousands of people took part in protests that spilled far beyond New York, corporate news the channels either completely ignored what was happening, or presented it in a negative light.

Similarly, all the national media have silenced the mysterious story of the shelling of a group of snipers at a substation in Silicon Valley. Releasing more than 20 bullets in 100 minutes, the arrows damaged 17 transformers and disappeared in an unknown direction. The incident, which falls under the definition of "internal terrorism", became widely known after almost a year only thanks to local newspapers and bloggers. Paradox, but even Snowden's revelations, which should have been the beginning of the struggle for a return to the previous limits of freedom of speech, turned against her. After learning about the virtually limitless possibilities of the NSA and the FBI in controlling the personal information of American citizens, journalists are even more engaged in self-censorship. After all, everyone has his own “skeleton in the closet”, and in the current conditions it is not difficult for the special services to find him in the closet of a recalcitrant journalist.

Today, many experts in America themselves bitterly admit that freedom of speech is barely on the pages of small regional publications and on the Internet. But even there she did not seem to live for long. In February, the Pentagon launched the Memex project to create a super-powerful search engine that will be able to penetrate any hidden corners of the World Wide Web and overcome the most complex protection. And then it will be impossible to hide from the "big brother"!