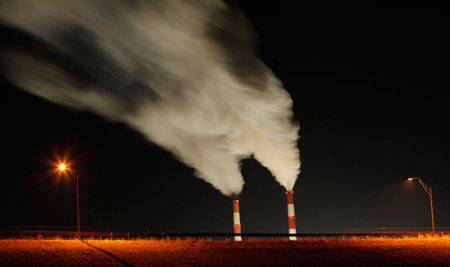 Humanity is in grave danger of repeating the mistakes that resulted in the outbreak of the First World War, said authoritative historian and Margaret Macmillan professor at the University of Cambridge.

History full of paradoxes. One of the main things is that it never repeats completely and at the same time repeats as a whole, if not in details. The story can be compared with poems in which the same rhymes are constantly repeated. Historian Margaret Macmillan believes that the 2014 year contains quite a few frightening parallels with the 1914 year.

At the beginning of the 20 century, then just-mechanized armies killed millions of people on the battlefields of the war that broke out in the Balkans. More than 60 million soldiers from five continents participated in it. Almost every sixth of them died, millions returned home disabled. 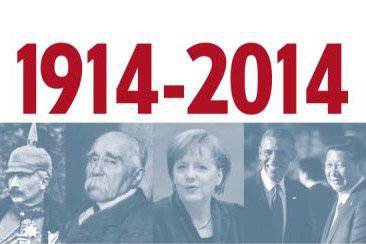 The formal reason for the start of World War I was the assassination of Austrian Archduke Franz Ferdinand. Now there is neither the Austro-Hungarian Empire, nor the archdukes, but the events in the Middle East may well be the modern equivalent of the Sarajevo assassination.

Now, according to Mrs. Macmillan, who is not alone in this opinion, the Middle East is quite suitable for the role of the modern “Balkans”. If Iran gets a nuclear bomb, then the nuclear arms race will begin in the region. The already restless Middle East will turn into a barrel of gunpowder, which can at any moment from the slightest spark take off into the air and destroy everything around.

“History does not exactly repeat itself,” writes Margaret Macmillan in an essay for the Brookings Institution, one of America’s leading research institutions, “but today's Middle East is frighteningly similar to the Balkans a century ago. A very similar mixture of toxic nationalism threatens to drag the United States, Turkey, Russia and Iran into conflict. Each of these countries in the region has its own interests and allies, which must be protected. ”

Professor McMillan draws attention to a whole string of other parallels between 1914 and 2014 over the years. Modern Islamic terrorists, in her deep conviction, are like two peas in a pod like revolutionaries and anarchists who have committed many murders in the name of philosophy that allowed to take the lives of other people for the sake of a better life, ideal, in their understanding, of the world.

In 1914, Germany was on the rise and challenged the main power of the time, Britain. Today’s parallel is the rivalry between the United States and China.


The changes of one world superpower in another in the history of mankind almost always were turbulent periods filled with upheavals. It has always been this way and that will probably be so in the future. Suffice it to say that at the end of the 20s of the last century, Washington was developing plans for a war with ... the British Empire. The main place in them occupied the invasion of American troops in Canada. The White House at that time was almost certain of the conflict that would flare up during the change of the United Kingdom as a superpower.

Professor Macmillan, whose book about the First World War - “The War that Ends Peace” was published last year, believes that right-wing and nationalist sentiments are now increasing throughout the world. She points out that the same situation was on the eve of the First World War.

Another hot spot, which may well, if necessary, replace the Middle East if the Palestinians there suddenly agree with the Israelis, and Iran calms the West over its nuclear program, is now the Far East. In China and Japan, patriotic and nationalistic sentiments are increasingly intensifying. They are provoked by disputes due to uninhabited islands in the East China Sea, which are called Diaoyuo in Celestial, and Senkaku in the Land of the Rising Sun.

"The growth of China's military spending and the rapid construction of the naval fleetMargaret Macmillan writes, “It gives American strategists reason to believe that Beijing intends to challenge America as a Pacific superpower.” Now we clearly see the arms race between the major world powers in the region. The Wall Street Journal has information from very reliable sources that the Pentagon is developing plans for a war with China just in case. ”

Without any particular risk of being mistaken, it can be assumed that exactly the same plans are being developed at the General Staff of the PLA.

The situation in the Far East is also complicated by the treaty on mutual protection in the event of an attack, which exists between the United States and Japan. In 2012, Washington confirmed to Tokyo that it extends to the Senkaku Islands. In November last year, Beijing unilaterally expanded the air safety zone to include the airspace above the disputed atolls. A few days later, two B-52 American bomber flew over the Senkaku Islands, as if throwing a glove to China.

“It is tempting to compare today's relations between the United States and the People’s Republic of China,” writes Margaret Macmillan, with the relations of intense rivalry that existed a hundred years ago between Germany and Great Britain.

Professor Macmillan also points to the growing irritation and anxiety among Americans that Chinese investment in America is causing. In China, for their part, complain that Washington treats Beijing as a second-class country.

Another parallel, to which the British historian draws attention, is the deeply rooted, now all over the planet, erroneous, in her opinion, thought that a full-scale war between the main world powers in the 21 century is impossible after such a long period of peace. Exactly the same mood of tranquility and serenity reigned, she points, a hundred years ago.

“Now, just as then,” Margaret Macmillan doesn’t doubt, “the confident step of globalization put us to sleep and inspired a false sense of security. The one hundredth anniversary of World War 1914 of the year should make us seriously think about our vulnerability to mistakes, sudden catastrophes and pure accidents.

Instead of plotting and then taking a long time to deal with one-by-one crises, it is time to recall and analyze the terrible lessons of a century ago. I would like to hope that world leaders with our help will naturally think about how they will be able to work together to build a solid international order. ”