February 20 2014
44
The meeting of the State Council Presidium was held in the city of Cherepovets (Vologda Region) at the Palace of Metallurgists. Among federal officials, the meeting was attended by Chairman of the Federation Council Valentina Matvienko, Deputy Chairman of the Russian Cabinet of Ministers Olga Golodets, Children's Rights Commissioner Pavel Astakhov, several heads of federal ministries (including the Ministry of Education and Science and the Ministry of Health), and regional leaders. The main actor at the presidium meeting was President Vladimir Putin.


It was originally planned that the Cherepovets meeting would be devoted to the implementation of the so-called “May” presidential decrees (decrees signed by Vladimir Putin immediately after taking office in May 2012 of the year). They decided not to retreat from the plans. And one of the important directions that the members of the Presidium of the State Council singled out is the direction of state policy in the family sphere, the sphere of motherhood and childhood. As it turned out already at the meeting itself, Vladimir Putin asked the regional leaders to work together to summarize the most pressing issues related to the support of the “ordinary Russian family” (Vladimir Putin’s expression).

It is difficult to call a breakthrough meeting in that direction, which concerned motherhood and childhood exactly. However, some of the issues that were discussed in its course need to be highlighted. 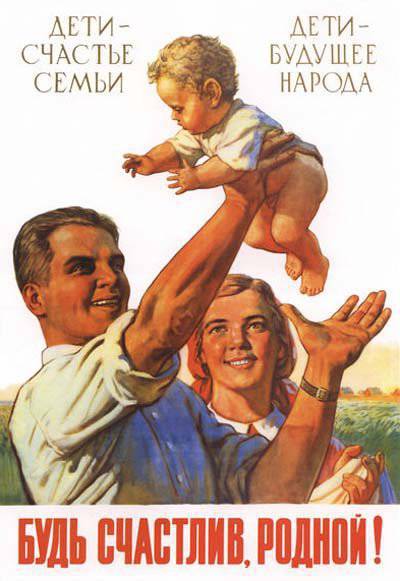 To begin with, it should be said that the Cherepovets meeting itself, on the basis of the main subject designated by it and the well-known situation in the personal life of the Russian leader, wore a certain touch of spice. On the blogs, we immediately got caustic remarks about the fact that a person who himself could not save his family can hardly speak to those who see the strength and potential to contribute to the development of other families, strengthen support for family values, motherhood and childhood, despite on the status of the head of state. Obviously, the president himself was well aware that he had his Achilles' heel in this regard ... However, in the end, if the subtext in the meeting was to be looked for, then the family vicissitudes in the life of Vladimir Putin (whether he wanted it or not) could be a kind of “ bad example "for others, which does not need to be repeated ... It turned out that the president himself and his wife made a mistake, without keeping the family, but again," as if "the reason for other families not to make such mistakes. How much such a message was ready to be accepted by all “ordinary” Russian families without exception is a separate question.

But these are all lyrics and conjectures ... And if without, let's say, humanitarian psychological implications, the meeting turned out to be quite bureaucratic - with the expression of aspirations and worries and with the talk that there are problems, but these problems are being successfully solved. One of the president’s phrases here was especially remembered:

The state ... should create conditions for raising the level and quality of the family and its social prestige.

You can not argue. Words are right, words are right. It is good that the problem means the president personally. But it is only somewhat strange that these words are heard at a meeting of the State Council. That is, it turns out that the state itself, as it were, gives the installation: I (the state) should increase the social prestige of the family. Well, great! - And who's stopping you? It seems that in modern Russian society, people who believe that the prestige of a family should be reduced by all means is a clear minority. And if the state and society are well aware that the loss of family prestige (well, society understands something for a long time, but how long has the state realized it? ..) is obvious, then an abstract conversation about specific problems here will lead to the desired result. A conversation at the State Council in Cherepovets, at least outwardly looked very abstract. Abstract conversations between statesmen about who should be who and how much should suffice before that, but the very quality of the family that the President mentioned was hardly increased from conversations ... If the state plans to raise the prestige of the family, then it’s time already take concrete steps, and not dwell on the level of discussion in a narrow circle of federal and regional officials.

To date, at least among young people, the opinion is often cultivated that the family is something obsolete. They say that, forgive, to make children - it is not at all necessary for a man and a woman to tie the knot. The notorious term “marriage is only a stamp in a passport” has become an axiom for those who want to deny themselves responsibility for everything throughout their lives. They say, why start a family if the family: crying children, wet diapers, life, scenes of jealousy, and then - divorce and division of property ... This cultivation is carried out with all the forces and means at the hands of certain people. Not the last role is played by television with the popular "entertaining". People pass the so-called "castings" to please the projects where they will "build" their love. You understand that they are building it ... And they “build” so that in several seasons of this TV program one “hero” has time to “build” love with the N + 1 “heroines” of the project; “Love” with mothers on the air, broken noses and torn hair. And young people like it ... Young people are already pretty "hooked" on such a "building of love."

As a result: a truly fantastic increase in the number of divorces in Russia. For a thousand people in the Russian Federation in 2012-2013, there were about 5 divorces (about 700 thousands of divorces per year!). If you believe the demographic yearbook of the UN, then Russia in the last 15 years has been ranked among the top three “leaders” in the number of divorces among all countries of the world. Over the years 15! If we assume that all these years the state has been busy solving other problems, then it really is time to not only take up the case and raise the prestige of the family and family values, but generally gnaw the ground at the state level to correct the dynamics.

It is clear that this is not a matter of one day, that it will be necessary to work, that you cannot cope without public assistance, but if you don’t start working in this direction today, then tomorrow people who are ready to accept the concepts of “family” and “values” cannot remain in one phrase ...

So, the next meeting is of course great, but I would like to hear from meetings, debates and ideas for moving to real business. Cases that may raise the prestige of the family, and the protection of motherhood and childhood rise to the proper level, and as a result of which family values ​​will be in decent positions. And about the "effectiveness" of the meetings at the time, a wonderful poem was written by Vladimir Mayakovsky - "Prosinated" is called.

True, chiding the excessive bureaucracy of state officials, we must not forget that in family matters, not everything is in the hands of the state. The prestige of a strong family begins within the family itself. The state should build a strong foundation here, well, then it’s necessary, as they say, not to hit the face in the dirt.

Ctrl Enter
Noticed oshЫbku Highlight text and press. Ctrl + Enter
We are
Family policy of Russia. Without a healthy family there will be no strong stateAstakhov brings to clean water the US State Department
Military Reviewin Yandex News
Military Reviewin Google News
44 comments
Information
Dear reader, to leave comments on the publication, you must sign in.