What part of Russia in the government is considered unpromising?

February 18 2014
132
“If your city is unpromising, then we are coming to you!” - approximately the same “advertising” slogan could be used by the Ministry of Economic Development (MED) before starting the planned implementation of its truly Napoleonic plans. What are your plans?

This information was shared by the representative of the Ministry of Economic Development Andrei Sokolov (head of the department of special economic zones and regional development projects).

Andrei Sokolov (for "Rossiyskaya Gazeta"):
The number of single-industry towns claiming state support will, of course, decrease. Those who will be out of the list will be dealt with by the regional authorities in the event of a crisis. 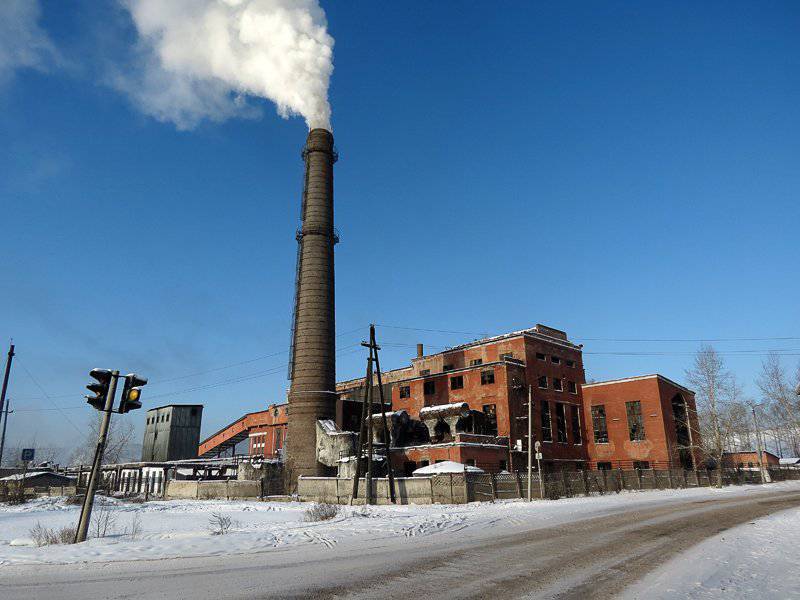 So, roughly the following picture emerges: federal officials will decide “the mono-city is more alive than dead” or “more dead than alive”. If officials determine that, in economic terms, the treasury cannot “fuck” from a single-industry city, then such a city falls into that very list of unpromising. Next, the government takes, so to speak, the final decision of the one-company issue - the decision on the actual liquidation of the one-company city as such.
What will be offered at the same time a resident of such a settlement? Well, if you are guided by the paper proposals of the Ministry of Economic Development, then the proposals are a lot. We list them as officials themselves designate them. To begin with, the residents will be asked whether they want to move to another place (they will probably ask, dismantling the enterprise itself at the same time, which has ceased to generate revenue for the treasury, cutting off the valves and cutting off the power lines ...). If the residents support such a proposal, then the state promises such residents a paradise life in another settlement ... At the same time, the Ministry of Economic Development declares that all transportation costs, as well as expenses for buying housing, assistance with temporary rent of living space in a new place, and even expenses for retraining (if needed) the state will take over. The purchase of housing in the company town from a person who decides to move, according to representatives of the Ministry of Economic Development, will be made based on the average cost per square meter of housing in a particular region.

At the moment, one of the components of monitoring the status of single-industry towns (there are more than three hundred such people in the country with a total population of 11% of the total population of Russia) is a survey of the owners and managers of those enterprises that are city-forming. The survey is conducted by the same Ministry of Economic Development in the hope of finding out exactly when and in what format these enterprises need government support.
In the meantime, the owners of city-forming enterprises are engaged in filling out forms, you can speculate on the plans submitted by Andrei Sokolov.

In Russia, there was a situation that dozens of single-industry towns are by and large on the verge of an economic abyss, and some have crossed such a line and today are experiencing "all the charms" of the free fall stage. A number of city-forming enterprises are simply breathing their last, for the reason that either the deposits near which they were built dried up (dry up) or the built-up management system turned out to be ineffective. People who worked (work) in such enterprises are actually deprived of any prospects, as the owners (enterprises), to put it mildly, are not so concerned about the fate of the workers. The owners are much more concerned about profitability, and if they see that it falls (the farther, the more rapidly), then their main task is to get rid of this unprofitable business as soon as possible by dismissing employees. This is the essence of the market economy, which we all (well, or at the expense of us) have been building all of the last two decades. A person in such an economy is a “secondary thing”, considered as an instrument that can generate income. It does not give income, which means that, as a cow that has ceased to give milk, is “for slaughter”. And the dismissal of a person in a city where only one enterprise functions is actually slaughter and is equivalent. Where will he look for work? What to feed the family?

The Ministry of Economic Development is going to solve such problems "with an asterisk" using the above listed surveys. No, in the proposals from the Ministry of Economic Development there is a zest: if life, forgive, r ... - then move, - they, they say, will help ... The idea is ingenious in its simplicity ... Yes, it’s not just a couple of hundred people who can be taken and on the wave of the government magic wand to be moved to another place - certainly paradise, but about millions of Russians. Where ultimately the mayor is going to resettle our compatriots? Where exactly to find in Russia the place where there is a suitable number of jobs for all those who are “asked” from single-industry cities? Would it not be easier to invest the funds allocated for the allocation of funds for the conversion of the production capacities of the single-industry towns themselves, in which people have both housing and, let's say, experience in living and working.

It is obvious that the vast majority of people who will be forced to leave the city-forming enterprises first, and then the company towns themselves, will face a heap of new problems. Will all these problems be solved by “compensation” from the government? - this is a separate question. To be honest, it’s hardly worth counting on, even if one considers that such compensation will affect every internally displaced person in full.

But the full amount of compensation, I'm sorry, is already perceived as a beautiful fairy tale. The fact is that with the "relocations" have already been incidents. It is enough to recall the moves of elite military academies from one Russian region to another, the appropriateness of which (travel) is still not explained by representatives of the bureaucracy. The reformers of the staff of military universities (and this is the country's scientific elite - candidates and doctors of science who gave military pedagogy to the decade) also promised golden mountains: new housing, relocation compensation, jobs. But in new places, those who decided to move, to put it mildly, did not wait. Only a few were able to find work in “optimized” universities, because there were “enough of them” there. People remained after many years of work for the benefit of the Fatherland (even if it sounds pathetic) without any prospects: in a new place and without work. Many tried to start virtually from the beginning, and many simply went back.

I wonder if the government is going to take into account the experience that it already has when implementing new “resettlement” plans. Or behind the good words about “state support” and “concern for financial well-being” there is again a banal desire to get rid of “ballast” in the form of millions of Russians who “created” both business owners and the government “problems” ...

The Ministry of Economic Development speaks of the "unpromising" of one or other single-industry towns with a proposal for their resettlement. Does the same Ministry of Economic Development, for example, recall a “unpromising" village? After the privatization orgy and optimization of creativity, thousands of villages in different regions of the country also lost their economic “prospects” ... Does this mean that villages that do not meet market principles also don’t wait for state support, but to get ready for a move ... the fact that in the government Russia itself would be called unpromising - it would be bought out and relocated “with compensation” ...

And who after this unpromising? - Villages with single-industry towns or all the same ...

Ctrl Enter
Noticed oshЫbku Highlight text and press. Ctrl + Enter
We are
Situational analysis of the death of the MH17 flight (Malaysian Boeing 777), made on the basis of engineering analysis from 15.08.2014Military doctrine of the Russian Federation
Military Reviewin Yandex News
Military Reviewin Google News
132 comments
Information
Dear reader, to leave comments on the publication, you must sign in.