The gas corridor of Ukraine prevents the EU and the US 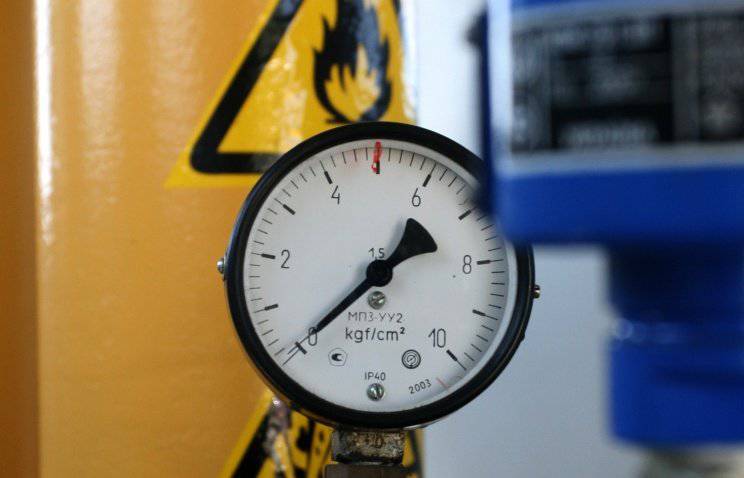 Events around Ukraine, which began at the end of November 2013, look in many ways familiar and familiar. And on the Russian events 2011-2013's, and on the events of the "Arab spring" in the Middle East.

A fair protest of people is skillfully directed in the right direction, and the next “bloody regime” (in the Ukrainian interpretation - “malicious wickedness”) becomes the aim of the raging stream, after the crash of which comes a happy and prosperous European life. Freedom, equality and fraternity - everything is as it should be. With these naive dreams, people went out to Tahrir, Taksim, and now to Independence Square. Even those who cut their heads in Syria also have their own dream, and, probably, bright and sublime.

But, as it always happens, each crystal dream has one unpleasant quality - fragility. After it is incarnated, revolutionaries suddenly find themselves close to its fragments and the country that has been polished to the basalt layer. And the fruits of the work of their hands are completely different people. And, as a rule, they are sitting far from the places of revolutionary upheavals.

The point, of course, is not the worldwide conspiracy, the Rothschild-Rockefellers who were hidden in their dens. The point is in the objective and completely indifferent to the fate of people processes that unite the events taking place in such different and completely different countries and regions like Ukraine, the Middle East, Central Asia or Russia.

It seems that we are on the verge of ending the era of oil as the main source of energy. While outstanding minds argue about how much of it remains in the depths and how terrible the end of mankind will be due to the exhaustion of oil wells, life has already answered this question.

If in the 70s of the last century, the share of oil in the global fuel balance reached almost 50%, now it is only one third, and by the year 2030 is not expected to exceed 28%

At the same time, nobody solemnly launches thermonuclear power stations, photon engines do not install cars and myriads of devices on an anti-gravity pad do not fly in the air. Everything remains the same, only the share of gas in all balances is growing steadily. Its production, consumption, transportation grow.

We did not notice how the oil era has already changed gas. In the same way, as they had previously quietly stopped burning coal, they switched to fuel oil, and before that, they replaced firewood with coal. Life does not like sudden movements at all. The moment - and we live in a different reality, it is rather the plot for the film. “Honey, I want to edit,” as the heroine of the beautiful film “The Man from Boulevard Capuchin” said.
So what has this to do with Ukraine, the Middle East or Russia?

The global economy requires the creation of a global gas market with all the necessary attributes, the main of which is equal and general access to the main product on the market

The paradox is that there is gas, but there is no market yet. More precisely, there are a number of local regional markets, the conditions on which differ by several times. If you look at prices, the imbalances are visible to the naked eye: in Japan, almost $ 600 is paid for a thousand cubic meters of gas, and across the ocean, in America, around $ 200. The situation is absolutely scandalous for almost the main energy carrier and therefore requiring its solution. Having understood this, one can assume where the countries listed above will go further. Where are the "bloody regimes" that in the near future will begin to overthrow the masses, striving for freedom. 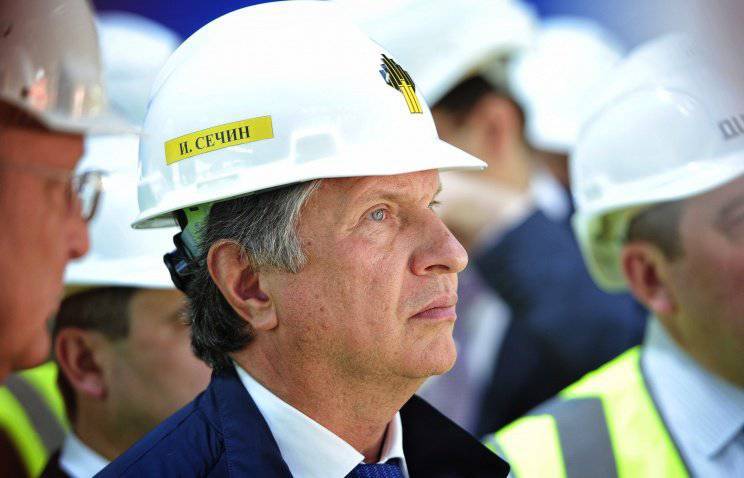 The global gas market includes not only its fields, but also transportation routes. A new redivision of the world is taking place before our eyes, and as a result of this unusual war without a thousand-kilometer fronts, tank wedges and air fleets, the winners in it will eventually establish a new world order, in which they will write down the rules that determine the operating conditions of the new global market and all its participants.

Ukraine, like Syria, is one of the most important transport corridors through which gas enters (or should be in) the largest European market. The interests of the three largest regional gas transmission projects - the Egyptian AGP, Iranian Iran - Iraq - Syria and Qatari in the direction of the same Syrian Baniyas clashed in Syria. At stake in this war are huge money that will receive (or lose) two gas producers - Qatar and Iran. This explains the bitterness that is so uncharacteristic of the Arab wars. The intervention of Saudi Arabia in it is dictated by the fear of the Al Saud dynasty before the strengthening of Iran and the inevitable collapse of the entire Saudi project, based on the oil of the past.

Russia, even with the North and South “Stream” built and launched, still needs and will need a Ukrainian corridor

The same can be explained and fierce battle for Ukraine, which unfolds before our eyes. Russia, even with the streams built and launched by Severny and Yuzhny, still needs and will need a Ukrainian corridor. Both Flows are only an argument in a dispute with the Ukrainian elite, which for 20 has not come to create its own project of independence over the years, for which reason it cannot decide on priorities and orientation, reducing its existence to the current survival and total plunder of its own country.

Europe and the United States (each of which in its own way) have the opposite opinion about the Ukrainian corridor. In their plans, Russia has been assigned the role of a submissive supplier, and the collaborationist government in Kiev, like the European Energy Charter, are instruments of struggle against Russia. The battle in which she must admit defeat and agree to the conditions of the winners. 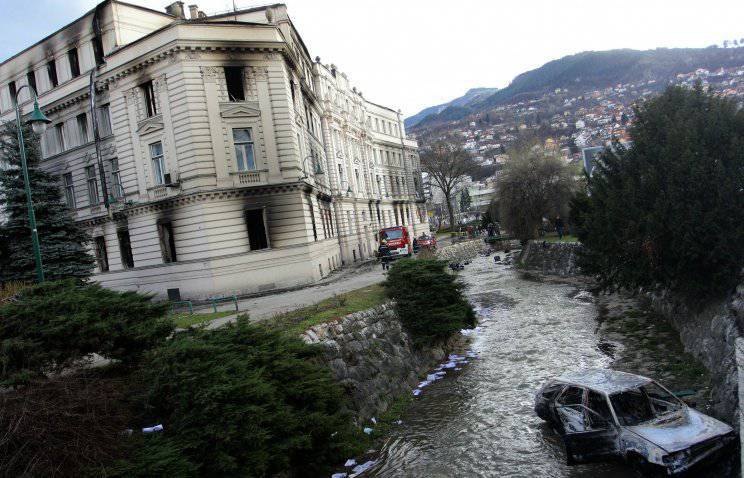 The head of the Bosnian canton Sarajevo resigned amid massive protests

The Euroassociation, whose accession has not signed Yanukovych, has already brought a catastrophe to the countries of Eastern Europe.
Right now in Sarajevo, the Bosnians are protesting against the terrible situation in which they found themselves, having bought the same enticing slogans and proposals, but for which Bosnia and Herzegovina paid off almost scorched earth, ruined economy and unemployment, reaching 40%. No better situation in Bulgaria, Romania, Serbia, the Baltic States. Everywhere Europe comes in the same way - through the destruction of local industry and the clearing of territory for its goods. The fate of "not fitting into the market" is the same everywhere and does not interest anyone.

The Euro-Association, whose accession documents were never signed by Yanukovych, has already brought a catastrophe to the countries of Eastern Europe

However, this does not stop the Ukrainians. 20 years of brainwashing, which work about a thousand non-profit organizations receiving grants in the West, the destruction of education and culture, resulting in total population degradation, endless elite wars and the image of the enemy in the face of the "northeastern empire", really dreaming to enslave free Ukrainians — all of this works for a single goal and represents the shock armies of the ongoing mental war. 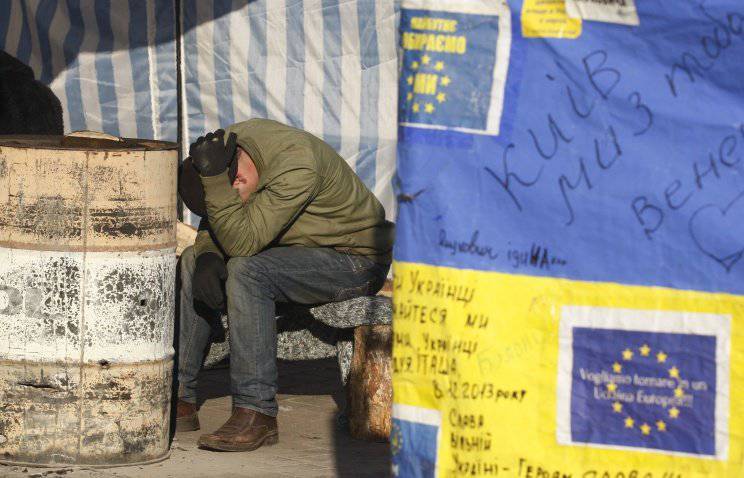 Heroic lads and girls who overthrow the “evil master” naively believe that they bring the kingdom of freedom and liberation from the yoke of the “Muscovites” closer, however, as usual, even if a miracle happens and they win, they will all wake up there too. , but instead of “Bandyget” they will be ruled by outspoken collaborators with foreign passports, who are hard pressed to pick up the words for “read news”. One such has already managed them from 2005 to 2010 year. More precisely, he himself was ruled by a dashing spouse with the correct American passport and labor biography in the special services of the superpower. Now even this option is redundant: a person who has 20 years of traumatized his head with high sporting achievements is offered to the post of the country's leader.

The outcome of the war for Ukraine should be Western control over the Ukrainian transit corridor and a serious weakening of Russia's position in gas disputes with Europe. For Europe, this is a tactical task that allows it to dictate its conditions and its prices for the most important energy carrier. For the United States, undermining Russia's position is important in the global game they lead around China. In Ukraine, these interests came together, but the interest of the Ukrainian people in these interests is not visible. He is only a resource in the fight. The tool with which to demolish the "evil" power. As if the new will be something better.