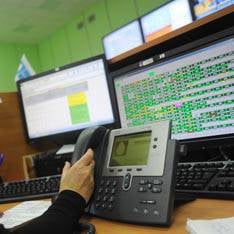 Russian lawmakers may soon begin work on a draft law on the complete replacement of equipment for communication from imported to domestic. Today, the share of foreign communications equipment in Russia reaches 85-90%.
In addition, the deputy community can begin work on another bill, the author of which is a representative of the "United Russia" Sergei Zheleznyak. Zheleznyak’s initiative looks as follows: it proposes to ban the placement of Russians’s personal data on foreign servers, as well as to prohibit the placement of state structures on the same foreign servers. And if, in principle, everything is clear with the placement of state structures, then with the placement of Russians' personal information on foreign servers, everything is not so simple. If we recall that millions of Russians themselves quite willingly publish information about themselves on social networks running on foreign servers, the ban on such a publication, and most importantly, the effectiveness of such a ban looks extremely doubtful. If the ban is formalized by law, will it mean that the Russian will not be able to use his personal page in one of the foreign social networks (for example, Facebook or Instagram gaining popularity in Russia)? Does this mean that Russians will not be able to publish ads with personal information on sites running on servers abroad? If so then announcement KhMAO or any other Russian region in which, for example, a telephone number is indicated, by which a person can be contacted to purchase an apartment, a car or household appliances, becomes illegal.
It is clear that such initiatives were generated by our deputies after the revelations that Edward Snowden allowed himself. After information about the potential and already implemented surveillance of the NSA and the CIA, literally every owner of a mobile phone or computer initiative becomes more and more interesting. And if the initiative with the transition to domestic communications equipment looks quite viable (if this equipment in sufficient quantities and at an acceptable level of quality will be made), then the prohibitions on publishing personal data outside Russian servers look overkill.
Ctrl Enter
Noticed oshЫbku Highlight text and press. Ctrl + Enter
We are
The guys from our yard. Photo report from the opening of a unique sports ground
Military Reviewin Yandex News
Military Reviewin Google News
9 comments
Information
Dear reader, to leave comments on the publication, you must sign in.