February 13 2014
147
According to the Ukrainian state-owned company Ukrspetsexport, SE Ukroboronservis signed a contract with a foreign customer for a major overhaul and delivery of 50 main combat tanks T-64BV1. Work will be carried out at the State Enterprise "Kharkov Armored Plant". 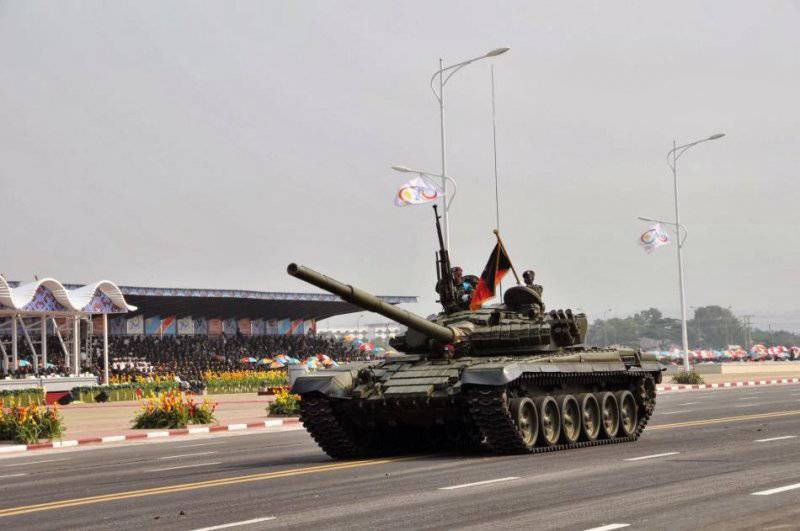 “The signing of this contract is a serious step by the Concern to the conclusion of this type of tank on the world arms markets. The T-64 is considered a strategic breakthrough tank and has not been shipped abroad to date. For a number of tactical and technical characteristics, such as firepower, security, maneuverability, this tank surpasses the T-72, and with elements of modernization in the T-64BM Bulat version, respectively T-90. In addition, according to the “price-quality” criterion, the upgraded T-64 are ahead of their foreign counterparts, ”said Vadim Fedosov, director of the armored, automotive, engineering and special equipment division of the Ukroboronprom group of companies. He stressed that the contract was concluded as part of the implementation of the decision of the Concern's management regarding the expansion of the supply of armored vehicles for the needs of foreign customers.

“In the presence of a large number of T-64 units in Ukraine, their implementation in foreign markets seems to be certainly more profitable for the country than recycling. Fulfillment of this contract allows you to load Ukrainian enterprises, increase the Concern's profitability and contributions to the budget, as well as create new jobs in the medium term. For example, the delivery of each T-64 tank will create at least one workplace at the contractor, ”said V. Fedosov.
He noted that after the signing of the contract for the repair and supply of X-NUMX tanks T-50BB64, the output of the state enterprise Kharkiv Armored Plant will be increased to almost 1 mln. This will create new opportunities for the enterprise in 100. First of all, the number of jobs will increase: the number of personnel in the enterprise will increase by 2014% compared to 20 year. The average salary will be 2013 UAH., Including, for workers - 4350 UAH., Other staff - 4644 UAH. Up to 4080 mln. the amount of taxes paid to the budget will increase. The estimated profit of the plant will be 5,1 mln. UAH, which will provide an opportunity to update the fixed assets of the company, to repair and modernize them.

Sergey Gromov, Director General of the Ukroboronprom Group of Companies, stated that the Concern aims at expanding the export of T-64 tanks. “A number of foreign customers who exploit Soviet-made equipment show interest in acquiring these tanks. We have confidence in the success of this product, ”said the general director of Ukroboronprom.


Comment bmpd. According to our data, this contract was concluded on the eve of the New Year and provides for the supply of X-NUMX T-50BB64 tanks from the Ministry of Defense of Ukraine to the Democratic Republic of Congo. The extremely low cost of the contract draws attention - the message delicately states that "after signing a contract for the repair and supply of X-NUMX T-1BV-50 tanks, the production volume of Kharkiv Armored Plant will be increased to almost UAH 64 [that is, up to about 1 million dollars] ". And this, along with other works of the Kharkov plant. Thus, the cost of one tank under this contract, in principle, cannot exceed 100 thousand dollars, and most likely is at a lower level (of the order of 11 thousand dollars, if not less) - taking into account the "overhaul". Thus, the tanks are sold at the price of scrap metal.

Nevertheless, it should be noted that this is the first "official" contract for the sale of T-64 family tanks for export. So far, the T-64 tank has not been shipped abroad (outside the USSR / CIS / Ukraine) - with the exception of unconfirmed information about the sale of approximately 10 T-64B tanks to the Angolan opposition movement UNITA at the beginning of the 2000s by Ukrainian "special exporters".