Baltic insanity: three years in prison for "denying the Soviet occupation of Latvia"

February 13 2014
214
Only one reading is left to go through the bill “on the denial of the Soviet and Nazi occupation” in the Latvian Sejm, so that this bill would actually become a full-fledged legally significant document - a new Latvian dogma. Gentlemen from the Latvian Ministry of Justice introduced the bill for consideration to parliament at the time, who decided not only to secure the term “occupation” for the Soviet period of the republic’s development, in fact identifying it with the Nazi occupation of the republic, but also intimidating those who consider that “Soviet occupation” is nonsense, invented by the puppet leaders of Latvia of a new formation. 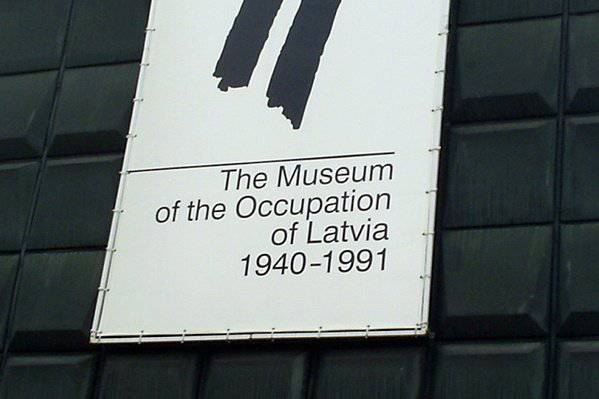 Latvian citizens (and, of course, “non-citizens” too) if the bill acquires the format of a full-fledged law, for denying the Soviet “occupation” of Latvia faces up to 3 years of imprisonment or forced labor with very impressive fines. In other words, the Latvian authorities continue to crawl out of their skin, engaging in battles with windmills, with the goal of convincing Latvia and the entire population of the republic of their independence of Latvia, trampling an entire era, cracking down on the memory of those who have invested for decades their work in the development of this territory. Such dirty games with your own history usually do not end in the most positive way for the players themselves ...

An interesting option is the name of the bill: the denial of the Soviet and Nazi occupation. Tricky move. Like, nothing reprehensible - to all the sisters (and "advice" and the Nazis) on earrings; Latvia maintains its self-identity, and therefore, any outside intervention considers an encroachment on “freedom and independence” ...

Come on! Once it is hard to believe that after the adoption of the draft law, Latvian law enforcement officers will detain veterans of the Latvian SS units and their supporters from among the “new Latvians” (including representatives of the authorities of the republic) for participating in the next brown march and send them for three years to the Latvian colonies ... But for some reason it is much more believed that the same law enforcement officers will have the opportunity to settle bills with the Soviet veterans and those residents of the republic (and Latvians too) who are collected annually from the Monumers Comrade Victory to commemorate the Soviet soldiers (including fellow soldiers), who gave their lives for the liberation of Latvia from fascism and Nazism. Apparently, those who did not want to free themselves from Nazism, and those who glorify Nazism today see their political platform, are not satisfied with the state of things - need a “revenge”, you need to pay attention to yourself, you need to strike another blow to the Russians . And writing such bills is an option.

By the way, today some supporters of the adoption of the mentioned law in Latvia are trying to “clarify” that, they say, the word “occupation” in this context does not need to be understood as it is understood by Russian-speaking people. They say that this term is characterized not only by an extremely sharp meaning, but also by something more “politically correct”, from the category “occupation of the territory” and even “temporary use”. Yes, only these linguistic "explanations" of the authors of the bill themselves are given out with giblets. Well, is it possible in Latvia to be able to judge a person for the fact that he “denies” the Soviet “temporary use” of the Latvian territory ... It’s even difficult to imagine a person who suddenly comes out with a poster “I deny Latvia’s temporary use ...” (even in Latvian, in Russian). Amazing nonsense!

And if the main ideologue of adopting a bill is using the term “occupation” (not in the context that is characteristic of the Russian version), then it turns out that the Latvian Ministry of Justice concocts its laws also in “great and powerful” English ... It concocts itself or and with clues? ..

After the appearance of information about the Latvian “initiative”, which is being pushed through the Sejm, in the news agency tapes, many politicians and political scientists expressed their opinion about this initiative not only in Latvia, but also in Russia. One of the most expressive offers was noted by LDPR leader Vladimir Zhirinovsky. According to Zhirinovsky, for trying to equate the Soviet period of development with the Nazi occupation, Latvia must be punished by withdrawing the Russian ambassador from Riga, turning off trade and economic contacts.

They are completely crazy. It turns out that we occupied them from 1940 to 1991 year. It's disgusting. We saved from fascism and them, and the whole of Europe. We will demand the recall of our ambassador for consultations and for taking measures to prevent the Saeima from adopting this law.

This is not just a law by which someone can really be convicted of denying occupation. There is a deliberate policy of squeezing Russian. They are there in the most deplorable situation. And again the West is silent. He protects all minorities, sexual minorities around the world, and Russians are not interested in the West. Davi, the souls of the Russians, they will still clap.

Certainly, the Latvian authorities for their excessive zeal in terms of settling accounts with history, with another blow to the Russian population and those Latvians who are simply not ready to equate the Soviet period with the occupation, should be punished at the international level. But it is believed that for this, even the ambassador's response is not required. In order to understand what game the short-sighted Latvian parliamentarians and government members decided to play, it’s enough at least once with their own eyes (or at least on the TV screen) to see people coming to the monument to Soviet soldiers-liberators in Riga. These are hundreds of thousands of inhabitants of Latvia who literally strew the monument with fresh flowers. Last year almost half of Riga came to this 8-9 monument in May! Guided by the logic of Mr. Janis Bordans, who once “developed” the bill in the Ministry of Justice of Latvia (he also came up with the option of transferring the said monument “to hell”), all these people already by the very fact of laying flowers on the Soviet “occupation” ...

Interestingly, in this case, are going to take the people who today are with two hands in favor of the adoption of a uniquely provocative bill? How many avtozakov will they fit to the monument to deliver the assembled 200-300 thousands of people to the detention facilities? And how many insulators will be necessary for these needs, forgive, to come across all over Latvia? Maybe the official Riga is already asking for a loan from Brussels for the construction of the SIZO buildings (or whatever it is called in Latvia) ... Or Latvian policemen will walk between the people who will invest in the pockets of each receipt for paying the fine? .. Everyone will rush pay ... There is a large share of the likelihood that receipts with fines will decorate the spontaneous museum of the political and-and-and-of-and-s of Latvia, along with portraits of those who voted for this bill.

But the same Bordans and his associates, apparently, do not fully understand that they themselves already now, “for nothing”, deny the Soviet “occupation”. Well, how can ... They use the legacy of “hated Soviet invaders” - buildings of hospitals, educational institutions, housing estates that Soviet “occupiers” have erected for Latvians in the “occupied” territories, go to the supermarkets under which the buildings of the former “occupying” factories were refurbished, built for the "occupied" ... So, most of Bordans himself will have to send three years into places not so remote, for he is already at the household level engaged in "denial" ... By the way, Russia can help here - for money Latvian taxpayers will provide free bunks somewhere more ... Let the person think THAT for crazy stuff he decided to brew in a country that by its very existence owes itself to the very Soviet "occupiers" and which the "partners" from the West through they gave their "fraternal" credits ... And the USSR gave Riga money for free ... He called his showcase ... Yes, normal Latvians know it well and appreciate it themselves. Well, such as Bordans, apparently, only a lobotomy will calm.

PS We offer a selection of photographs showing some objects erected by the Soviet "occupiers" in Latvia. 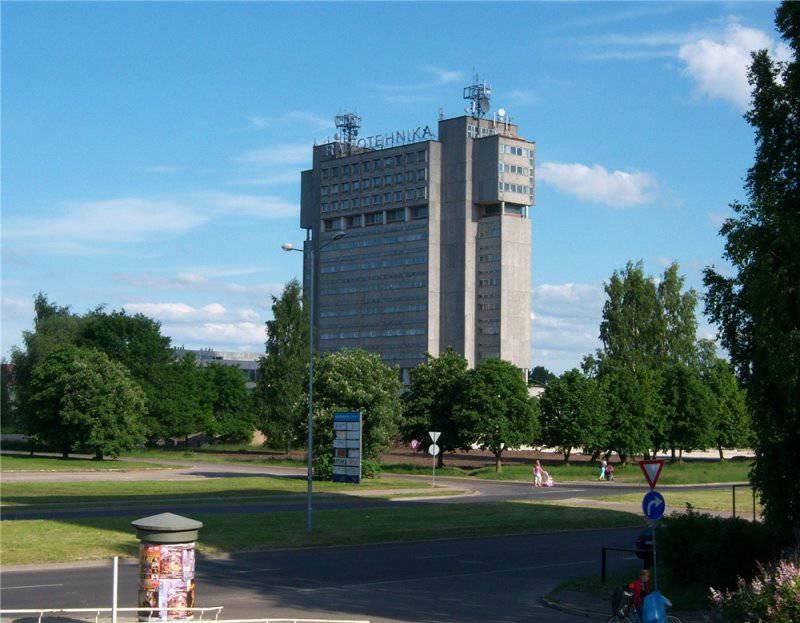 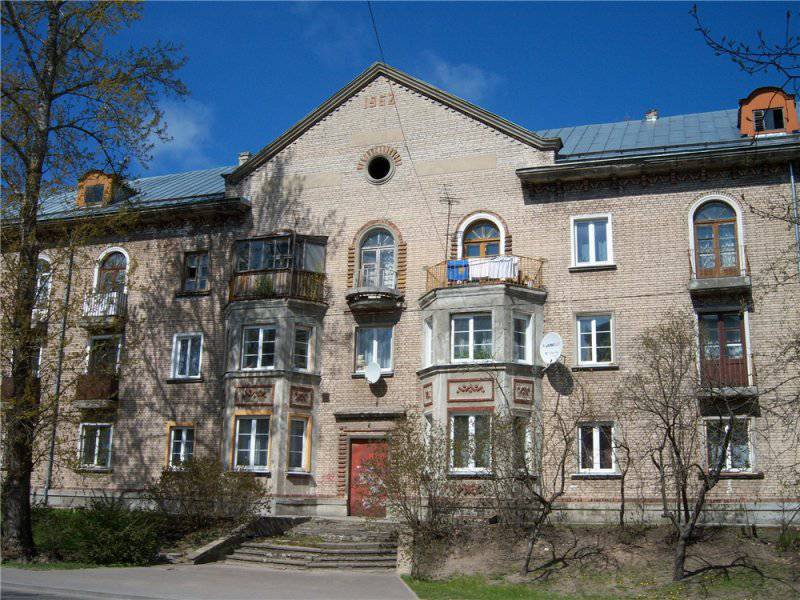 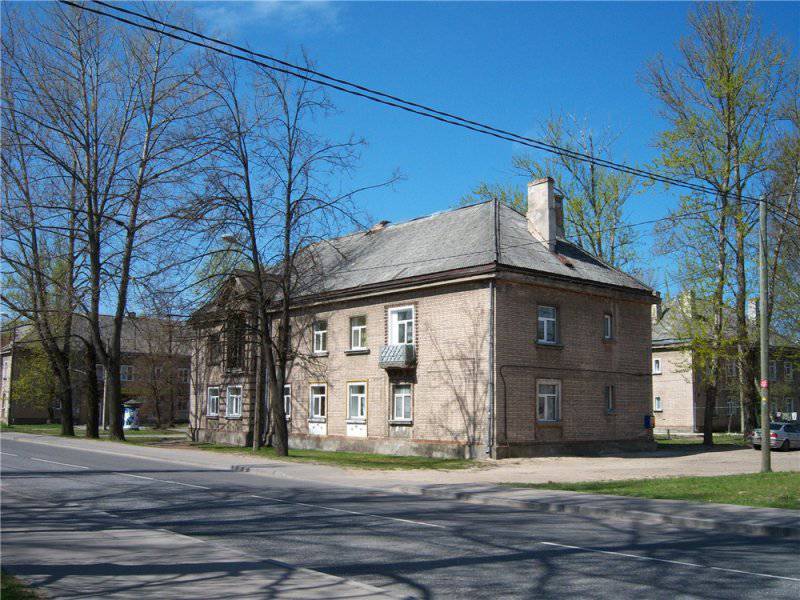 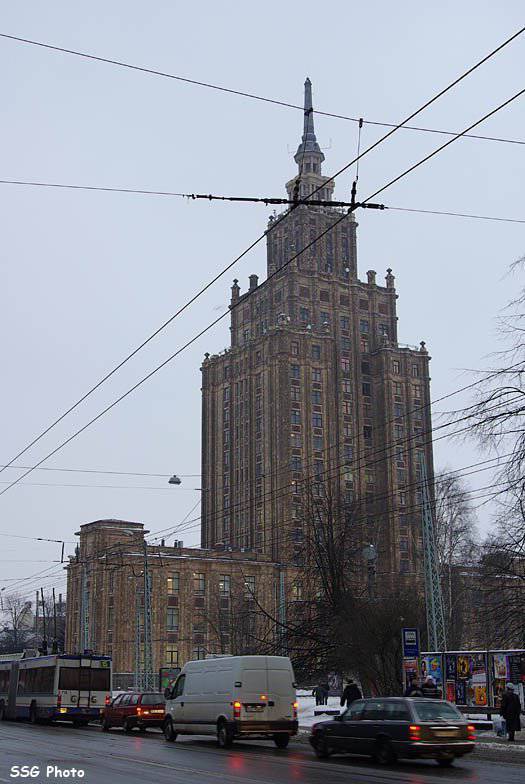 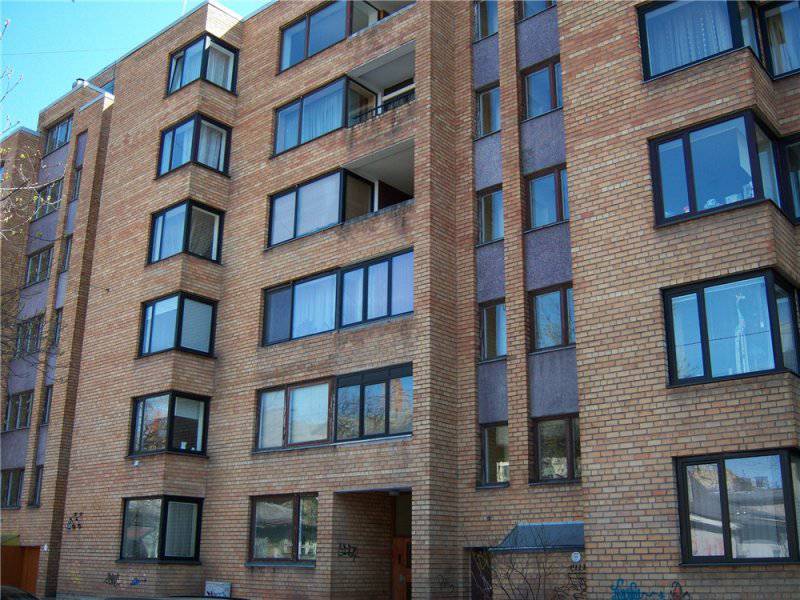 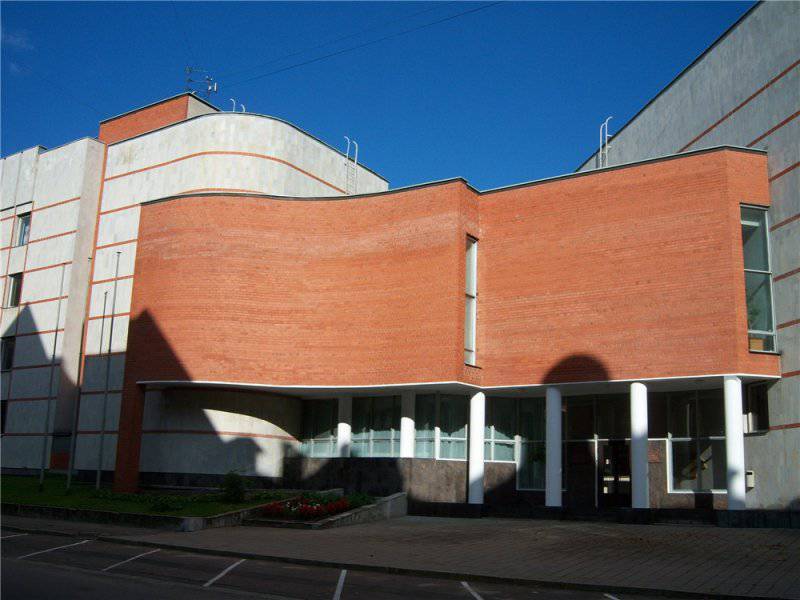 Ctrl Enter
Noticed oshЫbku Highlight text and press. Ctrl + Enter
We are
Results of the week. "Well, do not change me because of every idiot!"Harry Baltic
Military Reviewin Yandex News
Military Reviewin Google News
214 comments
Information
Dear reader, to leave comments on the publication, you must sign in.