Without the help of the West, Japan would not be able to defeat Russia 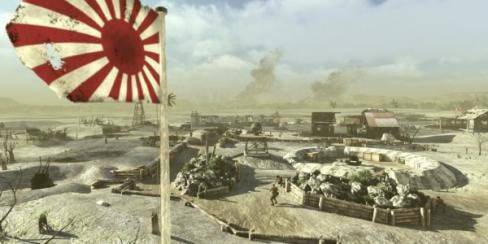 More than a hundred years have passed since then, but the Anglo-Saxon’s methods of fighting against our country have not changed.

These days 110 is celebrated years since the beginning of the Russian-Japanese war. Formally, the Russian Empire fought against Japan, but not only the Japanese, but also Great Britain and the United States really opposed it.

American and English capital armed the Japanese army with the latest technology. This explains the paradox of the availability of weapons of the highest world level in semi-feudal Japan. “There is no doubt,” wrote the conservative publicist M.O. Menshikov, - that without the provision of America and England, Japan would not have sunk into war with us. ”

Japan objectively had no chance of winning a long war with Russia. The mobilization resources of the countries were not comparable. Yes, indeed, Russian troops suffered a series of defeats. But didn’t, with a series of defeats, began many wars of Russia?

By the end of the war, Japan’s economy and human resources were exhausted. The Japanese suffered much greater losses in terms of the number of dead and dead from disease. The cumulative losses of the winner were two times greater than that of the losing side. Japan actually had no reserves left. Judging by the general readiness to continue the war, the Japanese Empire was closer to defeat than Russia. Paradox: not loser Russia, but victorious Japan initiated peace talks through the USA.

What did the ruling Japanese circles count on when they decided to attack Russia? Obviously - to the aid of the West. And such assistance was guaranteed. In 1902, an Anglo-Japanese alliance treaty was concluded. US President Theodore Roosevelt threatened with war his ally France, if she would have taken a pro-Russian position. According to the memoirs A.F. Kerensky, who was hard to suspect in his dislike for the West, the US president "fully took the side of Japan and was sometimes more Japanese than the Japanese themselves during the Portsmouth talks."

The world media controlled by American and British capital worked for Japan. Japan, which has begun the war, is being presented in the media as a victim of Russian aggression. Moreover, the image of Japan is presented as the image of a country fighting for the ideals of freedom. “Freedom,” of course, is associated with Russia. An illustrated chronicle of the war is published in London with the characteristic name "Japan's Fight for Freedom."

The rhetoric of one of the Japanese newspapers of that time is also typical: “Russia is a shame of Europe; we must defeat this nation in the name of civilization, in the name of peace and in the name of humanity. Europe will be pleased that there is a nation in the Far East that will receive the torch of civilization from it and defeat Russia, the troublemaker. ” Are not there such freedom fighters as opposed to “Russian autocracy and imperialism”, and the propaganda of the modern West is growing?

The first Russian revolution was a "stab in the back"

Russia would not have lost the war of Japan, if not for the war on two fronts. The second front was internal. In the midst of a military campaign, the first Russian revolution begins. It was a "stab in the back." Russia cannot transfer more significant forces to the Far East due to the need to suppress sedition inside the country.

At present, enough information has been accumulated to support the financing of the revolutionary movement from abroad. There is evidence of direct cooperation with Japan itself, essentially speaking of high treason. And again historical parallels related to the evidence of external sources of funding for the “color revolution” in modern Russia.

The Russian-Japanese war was designed by the Anglo-Saxons. The minimum task solved in it was to contain Russia's Far East-Pacific advancement, the maximum task was to organize the synchronization of external and internal strikes against Russian statehood itself. This design was realized by contemporaries. “If Britain and Japan act together,” the German emperor Wilhelm II wrote in 1901, they could crush Russia ... But they should hurry, otherwise the Russians will become too strong. ” A year goes by, and London makes an alliance with Tokyo, another two years, and Japan attacks Russia. Alexey Vandam, the creator of the Russian geopolitical school, also wrote that the goals of England in the war are to push Russia from the Pacific coast into the mainland.

During the Russo-Japanese War in 1904, Halford Mackinder publishes his famous work, The Geographical Axis of History. In it, as you know, he laid down the tradition of analyzing world geopolitics through the prism of the conflict between the Heartland - the "Middle Earth" associated with Russia and the Outer Crescent associated with Atlanticism. The confrontation between Russia and the Anglo-Saxon world was conceptually interpreted as a struggle for world domination. The Russo-Japanese War was a private illustration of this rivalry.

The Anglo-Saxons love, without entering into a war themselves, to use as cannon fodder other

The fact that the Anglo-Saxons love, without entering into a war themselves, to use others as cannon fodder, is well known. If any of the geopolitical subjects of the world challenged their global hegemony, they reacted every time according to their traditional tactical scheme. In contrast to the emerging rival, a certain ideological and geopolitical opponent was created and armed, then the war was unleashed between them. The Anglo-Saxons themselves either did not participate in the conflict directly, or their participation was limited to peripheral fronts. But the results of the war were summed up by them. The results of the realized scenario were a strike on the power representing the Anglo-Saxon hegemony and the establishment of a system of international relations that strengthens their hegemonic positions.

Not once this kind of tactic was used by the Anglo-Saxons against Russia. The British Empire was the main geopolitical opponent of the Russian Empire. Geographically, these were the two largest world powers (the area of ​​the British is one-third larger than the Russian), and objectively their interests caused numerous contradictions. At the same time, Russia and England fought directly with each other only in the Crimean campaign. Moreover, they were often allied. But this alliance was a “embrace of mortal enemies.”

Most often, the British Empire was behind many of the states that fought against Russia. Historically, Prussia was used as such, and then Germany, Turkey, Persia, France, and Japan. Channels of British aid were different - weapons, finance, diplomacy, information support, military advice.

In the twentieth century, instead of the opposition, the British Empire - the Russian Empire actualizes the opposition of the USA - the USSR, but the essence of the confrontation does not change. Not canceled it today. Mitt Romney publicly formulated the fact that other leading figures in American politics are not pronounced, but are clearly recognized: Russia and the United States are geopolitical opponents. Accordingly, the traditional Anglo-Saxon tactics used against Russia — the cultivation of a geopolitical adversary and the provocation of war — are also preserved. Both the Chechen and South Ossetian conflicts are clearly related to it.

Since the beginning of the Russian-Japanese war, 110 has passed years, but the fundamental foundations of world geopolitics that have been revealed through it have retained their significance today.

Ctrl Enter
Noticed oshЫbku Highlight text and press. Ctrl + Enter
We are
What you didn't want to know about EnglandSay a word about poor Japanese
Military Reviewin Yandex News
Military Reviewin Google News
34 comments
Information
Dear reader, to leave comments on the publication, you must sign in.