The Progress M-22M truck successfully docked to the ISS 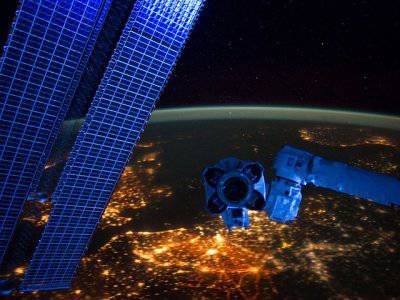 The Progress M-22M cargo ship, raised to near-earth orbit by a Soyuz-U launch vehicle, successfully landed on the ISS. Docking with the module "Pier" occurred on a shortened six-hour program in automatic mode using the "Course".


The docking of the shortened scheme was carried out in stories ISS for the second time. For the first time, this scheme, which replaced the previous two-day, worked on the "Progress M-16M" in 2013 year.

The Progress M-22М truck delivered almost 2,4 tons of various cargoes to the ISS: fuel, equipment, oxygen, water, clothing and food, including sweets, fresh vegetables and fruits. In addition, astronauts carrying the orbital watch received packages and gifts from their families and psychologists. The new inhabitants arrived at the ISS - goldfish, which will participate in the experiment.

Ctrl Enter
Noticed oshЫbku Highlight text and press. Ctrl + Enter
We are
The head of Roscosmos: Russia will build its orbital station after the ISSEuro-truck ATV-3 "Edoardo Amaldi" docked to the ISS
Military Reviewin Yandex News
Military Reviewin Google News
7 comments
Information
Dear reader, to leave comments on the publication, you must sign in.