New Russian military uniform is being tested by frost

February 5 2014
83
The new form of the Russian army is being tested by frost. For Russia, winter air temperatures below –30 ° C and below are not something extraordinary, although today such frosts are more often called abnormal. In the Russian reality, such frosty weather can be established almost anywhere. In Siberia, where Russian Defense Minister Sergei Shoigu recently visited, in the winter such weather is an ordinary thing.


February 1 The Minister personally visited the 2014-th separate motorized rifle brigade (became famous during the hostilities in the North Caucasus), stationed in Kemerovo Yurga. Soldiers and officers of the compound met the Minister of Defense in a new winter uniform, which helps the military to cope with any cold.

Sergei Shoigu arrived in Yurga to deliver the Order of Kutuzov to the military unit. The 74 Motorcycle Brigade received this award for its glorious historywhich originates in the years of the Great Patriotic War during the battles of Stalingrad and continues here and now in the city of Ugra in the territory of the Central Military District. February 1 on the territory of Western Siberia established a very cold weather. During the visit, the thermometer froze at –34 ° C, the situation was aggravated by a shrill and fairly strong wind. But they did not carry the festive events under the roof. All the activities took place on the brigade's parade ground, the soldiers marched here in a new warmed military uniform. At first, in the 74 Brigade, they wore it as an experiment, now all 9 clothing options, which are designed to be worn in any weather, are finally approved.

Today, for each situation there is its own combination of clothes. This is the essence of the new Russian form. For example, if it is cool outside the window, the soldier simply puts on a jacket without a lining or with a lining, if it is windy outside, then you can wear a jacket under the jacket. If it rains, a soldier puts on a waterproof overalls. If a soldier is completely cold, he can use a fleece shirt, etc. If the soldier has an active phase of service, forced marches, exercises, then his uniform is used for him, and if the soldier sits in the classroom or works in the barracks, then his own, which is easier, says Mikhail Khodorenok, the chief editor of the newspaper industrial courier ". 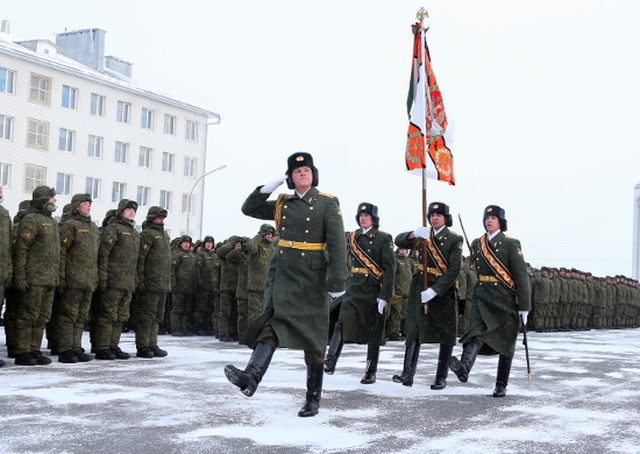 If we talk about specific changes in the details of the military field uniform, then they can be counted quite a lot. Start, for example, with earflaps, which received long ears. In the lowered form, they easily overlap each other and fasten with a special velcro, perfectly protecting the soldier’s chin in extreme cold. At the same time, if the sun is shining brightly outside, a soldier may simply bend the upper flap of the earflaps, as a result of which he will receive a sun visor. Fur fabric is still used in the earflaps, but now it looks more like a tsiguka, that is, it is pleasant and soft to the touch. Pretty serious changes have also occurred in outerwear, notes independent military expert Dmitry Litovkin. According to him, the main difference lies in the fact that earlier the standard army jacket was actually a cotton jacket. Now the modern jacket of the Russian soldier can easily be disassembled into several parts, she was able to transform and became similar to the designer. Now, depending on the weather on the street, a Russian soldier can either add warming elements to the jacket, or, on the contrary, take off all the warm details, turning the jacket into a windbreaker.

All 16 items of the new Russian field uniform can easily be placed in a compact backpack, the weight of which will directly change depending on the weather. If the weather was pretty warm outside, then the backpack is heavy, if it’s cold outside, it’s light, as at that time almost all the clothes are on the soldier. Instead of the boots that were usual for the Russian army, new warm boots came with special inserts. In the warmed version of the field uniform was included a vest, which, unlike the jacket, does not constrain the movements of servicemen. A soldier can protect a special scarf from the strong wind of the soldier, while the soldier can use a comfortable balaclava during field training. Winter soldier overalls were made waterproof. 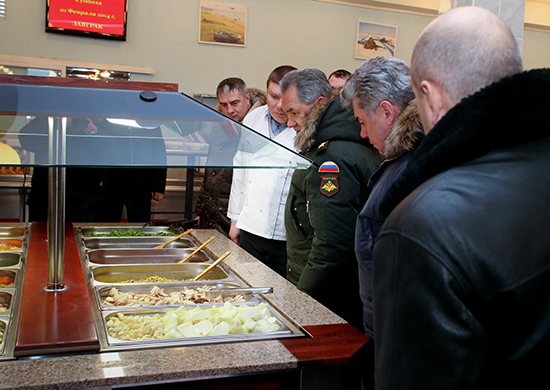 Part of the scout Viktor Kasyanov noted that now it does not matter how long you are in the snow, sit on your lap or lie down, since all the clothes remain dry and warm. In frosty weather and the food of the soldiers is special. During his visit to Yurga, Sergei Shoigu was shown a brigade’s canteen, in which soldiers are already fed on the principle of a “buffet”. At the same time, close to traditional salads are coarsely chopped garlic, onions and lard. According to the chef, these ingredients are part of a special fortified menu, which allows the young body of military personnel to better endure the Siberian frosts and maintain strength even at minus thirty degrees.

74-I separate motorized rifle brigade - not the only part that received the most modern Russian form. This winter, the 242 training center of the Airborne Forces also tests the latest winter uniforms and footwear, as well as using bactericidal lamps and a special diet. A real battle for the health of Russian soldiers took place here, since even during the most severe winter frosts, the training of future paratroopers does not stop for a single day.

On frosty winter days, a new military uniform is also being tested for strength. Set of 19 items entered service this winter. According to the military, the new winter form is able to endure the most severe frosts. Warm socks, underwear, sheepskin coat, hats, mittens, several jackets, as well as a set of non-frozen winter military shoes should make the winter service more comfortable. When developing new military footwear, the most modern technologies were used, which allow the soldier to keep his feet warm even in the most severe frosts. The head of the clothing service of the training center Anatoly Abrosimov noted that the new shoes have a multi-layer structure and a special insole made of several materials that do not release heat from the shoes. 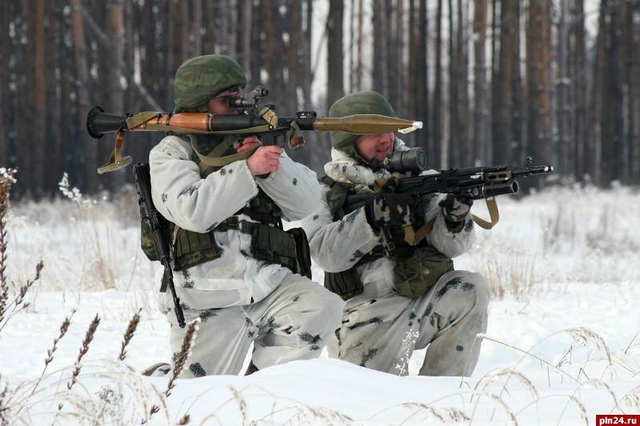 So that at the required moment of time the fighter finds himself in the ranks, and not in a hospital bed, a real preventive war against acute respiratory disease was launched at the training center. Barracks parts are periodically processed using a bactericidal lamp. Also, the temperature regime is strictly adhered to, which has reduced the incidence of colds infections. For the entire center in the sanitary unit there was only an 4 cadet diagnosed with acute respiratory infections. The head of the medical service of the unit, Aleksey Konorev, said that the air temperature in the sleeping rooms does not fall below 18 degrees, while the rooms of the barracks are ventilated for at least 7 times during the day.

Currently, the main task of the 242 training center is to train junior specialists for airborne units and formations. We can say that this is a modern forge of personnel of the landing forces. Training of cadets in this center lasts from December to March. At the same time practical classes are held outdoors. Every day in the cold, soldiers spend hours on 4-6. At the same time, once in a quarter of an hour, the personnel of the unit can go to the heating points. Such points are equipped at each site, here the soldier can not just warm up, but also drink tea, Vadim Begma, the commander of the 1 battalion, told reporters. Over the immunity of the soldiers works and the menu of the dining room, which included special fortified salads, as well as an additional issue of garlic and onions.