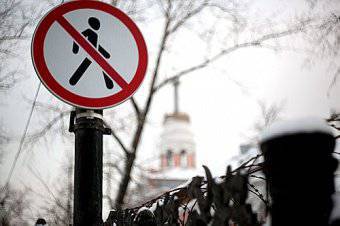 The resignation of the general director of the Kalashnikov concern at the end of last week was expected, but still caused a great response in Udmurtia. Still would! He lost the post of protégé to no one, and not vice-premier Rogozin coming down from the screens. What did remember the one year in Izhevsk of the former head of the Solntsevo district of Moscow, Konstantin Busygin, in addition to the fact that under his leadership the name Izhmash, which had formed the former factory for the capital of Udmurtia, was crossed out of everyday life?

Here are a few bright strokes, markers: a resonant out-door picket of Izhmashevtsy near the walls of the Russian Technologies State Corporation in Moscow; a statement to the UFSB, and, in fact, a “order” for the initiation of a criminal case and searches of an activist of the independent trade union and the editorial board of the opposition Republican authorities of the newspaper Den, which published critical publications about the activities of the Izhmash leadership . Finally, the main thing is the death and burial of a symbolic figure for Izhevsk - Mikhail Kalashnikov. The world-famous designer experienced many anniversaries, but it just so happened that he had to die in tenacious “embraces” of henchmen of the “defense” deputy prime minister. And somehow too soon after the Kalashnikov gave the newly-minted "gunsmiths" all the rights to use his name.

Although no, there were still very high hopes and expectations in relation to Busygin - and suddenly this is the very “Varyag” whom the Center specifically sent to Udmurtia in advance to look around, build relations with the local community, gained prestige in the eyes of the population and X ”replaced permanent President Volkov. He himself seemed to believe it. Well, why not? Once a person agreed to stand at the head of a complex industrial complex, without having the slightest experience in manufacturing, then obviously, for Busygin there was not much difference between the levels of the municipal district council and the scale of not the smallest region of Russia, moreover - the national republic . Presumably, this is a problem of internal adequacy. Therefore, the relationship is not built, and not gained authority. But he “outdid Volkov”, having managed to appear in the image of the persecutor of the only independent political newspaper here, which, moreover, has been collecting the most mass meetings in the capital of Udmurtia for the past nine years.

Why did Busygin retire? The answer is better to start with another question: why was he appointed at all in December 2012? The decision on the approval of the general director of JSC NPO Izhmash ripened in a bitter struggle. A few months before the arrival of Busygin, the office of the head of Izhmash urgently left Maxim Kuzyuk, a protégé of the head of the State Corporation Rostekhnologii. For one and a half years, his “shift” work in Izhevsk, together with the team of “Boston boys” from the consulting company Quorum Debt Managment Group that had run into him, already the difficult situation in which the enterprises of the Izhevsk Machine-Building Group were located became hopelessly confusing. To clean the "tails" for Kuzyuk should and. about. CEO Kosi. It seemed that with his “technical” appointment there should have been no problems. But they arose. On the one hand, President of UR Alexander Volkov absolutely rightly resented, albeit belatedly, but he realized that Maxim Kuzyuk actually “threw” the republic, depriving the remnants of influence on the management of the assets of Izhmashevsky factories. On the other hand, Deputy Prime Minister Dmitry Rogozin put an eye on "Izhmash", which at that time was struck by the idea to create the Kalashnikov concern on its base. Actually, Rogozin needed one brand from Izhmash, and a year later he really got it.

Information technologies of distraction were used to neutralize Volkov - critical publications appeared almost synchronously in the blogosphere and the federal media, a rally campaign was organized, a public committee was announced demanding “Volkov - resign!”, Which, after the appointment of the general director of the NGO Izhmash "never again, no one remembered. As for Rogozin, there was no way to “squeeze” him from Izhmash in the fall of 2012. The Defense Deputy Prime Minister was at that time at the zenith of influence.

And then the leadership of the State Corporation "Rostekhnologii", obviously, simply decided to give Izhmash under the responsibility of Rogozin for a time, in the expectation that in a year nobody would remember about the "arts" of Maxim Kuzyuk. All responsibility for the state of affairs at the factory will fall on the henchman of Rogozin. It was at such a critical moment that Busygin’s candidacy surfaced. Today it can be stated that he immaculately performed the role of a scapegoat assigned to him, and, it seems, without even realizing it.

It makes no sense to list Busygin's “shoals” during his leadership of NPO Izhmash OJSC (renamed “Kalashnikov Concern” in August). Of course, being a municipal official, he, in principle, did not take his place in Izhevsk. But now no one at the top will have to admit the fact that the former flagship of the Izhmash defense complex ceased to exist before it was announced by the Kalashnikov Concern and connected to the resources of Izhevsk Mechanical Plant (IMZ), if Busygin had not fired , most likely, would have ruined such a “donation” by the end of the current year. Perhaps that is why private partners of the management of the State Corporation “Rostekhnologii” were forced to hurry.

Trail "Whirlwind" in stories Busygin's dismissal is more a marker than a reason. The order for the Whirlwind could not be saved by the NPO Izhmash, because there were no one to do these missiles on the Izhmash. In Izhevsk, everyone who is more or less aware of this, knows that Andrei Gogolev, a former top manager at Izhmash and Izhmekh, and now one of the leaders of NPO High-Precision Systems and Technologies ( TSA), which, since August, denies the concern of the Kalashnikov concern the legitimacy of the results of the competition for the Whirlwind-1 anti-tank missiles. Far from production, it would be wiser for Busygin not to compete with the TSA at last year’s competition, but to agree on cooperation. However, a purely bureaucratic view of things won out - Deputy Prime Minister Rogozin and someone else still in the depths of the Ministry of Defense are behind us, which means that you can make any results of the competition. Made. So, what is next? Sit on tranches of the Ministry of Defense and distribute them among those who are able to actually work out this state order? With the difference between the amounts of trenches and costs, you could probably feed the top management of the concern, but most of the 13 billion rubles. would pass by. The Ministry of Defense allocated this money for the manufacture of "Whirlwinds", and not for settlements with creditors of bankrupt enterprises.

Sources at Izhmekh told us what they were facing, having received an order from the management of the Kalashnikov concern to start making their part of the order. There was no unique equipment, previously used in the production of missiles "Whirlwind-1". She was turned into scrap metal at the direction of the same “effective” top manager Andrei Natoch, also sent in time from Moscow to direct the Izhevsk Mechanical Plant. Then there was a scandal with his diploma bought in the transition, and Nochatev, thank God, was removed. But he managed to get the equipment for "Whirlwinds" into scrap metal. What managed to "pass" for 13 months of work in Izhevsk Konstantin Busygin, will now understand those who are entrusted to pour into the concern "Kalashnikov" their personal and non-member state funds.

Ctrl Enter
Noticed oshЫbku Highlight text and press. Ctrl + Enter
We are
Busted "Izhmash" will save at the expense of "Izhmeha" and "Hammer"What is happening on “Izhmash.” On the appeal of Mikhail Kalashnikov to Vladimir Putin
Military Reviewin Yandex News
Military Reviewin Google News
25 comments
Ad