Deliveries of the Pechora-2M air defense system to Venezuela continue


The Pechora-2M complexes were ordered by Venezuela in the number of 11 divisions as part of the well-known large package agreement for the purchase of Russian weapons, concluded in September of the 2009 year. The first Pechora-2M SAM systems were delivered to Venezuela in June 2011 of the year and publicly demonstrated at the February 4 military parade of the year.

According to www.fav-club.com, the current batch of the Pechora-2М SAM system was delivered to Venezuela on the vessel Ocean Pride, which arrived in Puerto Cabello on January 29. This is the second ship with Russian weapons under the contract 2009 of the year, arrived in Venezuela since the beginning of 2014. On January 22, the ship Ocean Energy arrived in Puerto Cabello, delivering another batch of modified 23-mm towed twin anti-aircraft units ZU-23 / ZOM1-4, motor transport and other property. 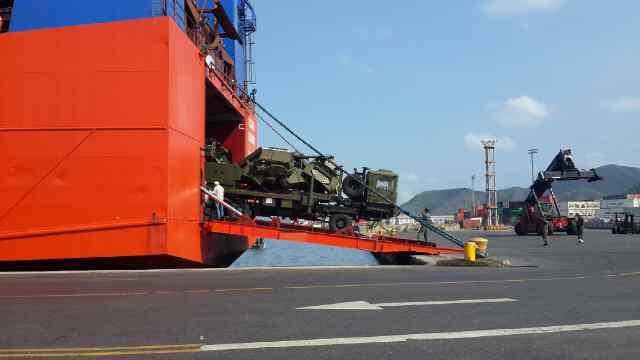 Unloading of the next batch delivered to Venezuela from Russia by the Pechora-2M air defense missile system. Puerto Cabello, 29.01.2014 (c) @vladimirpadrino