Vulnerable knot of the Caucasus and the Middle East: the attack of the West on Sochi-2014 continues 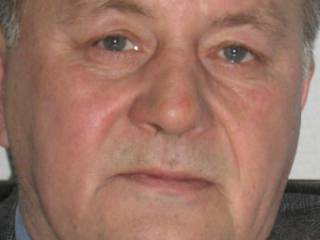 The holding of the Winter Olympic Games 2014 of the year in close proximity to the southern borders of Russia, and through the Black Sea - with Turkey, gave particular importance to the Russian Caucasus and Middle Eastern policy. In the working life of political scientists, and, presumably, politicians, the concept of “the policy of Russia before and after the Olympics” has been introduced. The “pre-Olympiad” period includes the understandable desire of Russia to avoid as much as possible any complications in the Caucasus and Middle Eastern areas from the point of view of ensuring the security of the world's largest sports forum.


Only the “post-Sochi” perspectives of Russian foreign policy were withdrawn to the discussion area. So recently, the Iranian news agency Fars quoted, on condition of anonymity, a representative of the FSB of Russia, who said that “Russian special services collected evidence regarding the preparation of terrorist acts involving black widows in Volgograd” and that “the documents showed a complicated network of recruiting and training terrorists with branches in the UK, the UAE, Turkey and Lebanon. " At the same time, "Fars hints that Russia will start the" debriefing "after the Olympics in Sochi, and that" she is allegedly preparing a decisive retaliatory strike. Perhaps such plans really exist. But today, many experts pay more attention to one sinister technological feature associated with the holding of the Olympic Games. Thus, the head of the Osinform news agency, Yuri Beteev, writes: “In 1992, when Georgian artillery shot Tskhinval at close range, the Olympics were held in Barcelona. In the 2004 year, when Georgia attacked South Ossetia and started the “Three-Month Summer War of the Year 2004”, the Athens Olympics were held. 8 August 2008 again at the start of the Olympic Games in Beijing, Georgia once again committed full-scale aggression against the Republic of South Ossetia. Before the Olympics in Sochi-2014, two sinister acts of terrorism took place in Volgograd, then in the inconvenient from the point of view of the time of the year (winter - S.T.) Ukrainian shocks began. ” In their stimulation, as evidenced by the statements of Russian officials, the “ears” of the West stick out.

Plus, a coordinated company to politicize the Olympics in Sochi. We give typical quotes from some Western media. The Washington Times: "Islamist terrorism can erase all Putin's attempts to restore Russia's image in the world." CNN: “The games in Sochi will be as safe as possible in Sochi, which is close to the rebel region. New attacks can occur, but hardly in Sochi. ” Italian La Gazzetta dello Sport, with reference to Claudio Ravetto, Technical Director of the Italian Ski Team: “We will live almost locked up in the Olympic Village in the mountains, directly at the slopes. In general, it will be the Olympics in prison. ” Indonesian The Jakarta Globe: “Russia is not actively exchanging intelligence information with the United States on the issue of possible threats and militant attacks on participants in the Winter Olympic Games in Sochi.” The following are the words of an unnamed US official about the confidence of the United States that "Russia has created effective armored security measures in Sochi and its environs, but Washington is concerned about Moscow’s reluctance to share information about threats." This is indicated, in particular, by the director of the Center for Russian Studies of the American Society of Henry Jackson, Andrew Foxall. According to him, "Russia hardly has agents in terrorist groups in the Caucasus - it is impossible to stop them, especially if suicide bombers are involved." At the same time, he points to such potentially “vulnerable” cities in the south of Russia - Pyatigorsk, Volgograd, Krasnodar, Rostov-on-Don, and Stavropol. Foxall asserts: "The United States and European countries have a very rich experience in dealing with" home-grown "terrorist organizations, therefore, on this basis, Russia and the West could work very productively together." In turn, Pentagon spokesman Rear Admiral John Kirby said that "the United States is ready to provide full support to the Russian government in terms of security during the Olympic Games." According to him, “air and sea means, including two naval ships in the Black Sea, will be ready in case of an emergency after consulting with the Russian government.” Earlier, American media reported that during a recent telephone conversation by US Secretary of Defense Chuck Hagel with his Russian counterpart Sergei Shoigu, the American side had already expressed such a proposal. Then, also in a telephone conversation, US President Barack Obama promised the leader of Russia, Vladimir Putin, assistance in providing security at the Olympics. The Pentagon has already announced that the United States is ready to redeploy its air force and navy in the Black Sea. And in Germany, several American transports of the C-17 are ready. They will be able to arrive in Sochi in just 2 hours.

In this regard, it is difficult to disagree with the opinion of the press secretary of Russian President Dmitry Peskov, expressed in an interview with Komsomolskaya Pravda, that “some Western countries are behaving shamelessly and unceremoniously, trying to discredit the Games in Sochi, every day the mud poured out, and our media quotes various rhetoric about this. ” But after all, there are some state-owned media in Russia - why the officials in charge of them are not able to simply calculate propaganda moves of Western “partners”, and reduce their work to judgments about corruption in the construction of sports and other facilities in Sochi and why, when Peskov demonstrates annoyance at the assessment of what is happening in Sochi and around it, to which questions also arise? One of them: why instead of thinking journalism — internal and external — the Kremlin prefers to use in the much-needed informational and political support of such a forum as the Sochi Games, only receptions of informational “drum sticks”, the noise of which many have not believed for a long time in Russia or for its limits?

Of course, these are rhetorical questions. But the "spirit of the Olympics" auknulsya Russians in Volgograd. Once again, he may haunt in connection with the events in Ukraine. According to Bernd Johann, Deputy Head of Eastern Europe at Deutsche Welle, during the period of the Olympic Games in Sochi news there can be no sporting achievements, but “protests in Kiev, which can grow into an armed uprising capable of splitting the country”. According to him, “the fire that flared up in the capital threatens to gradually cover the whole of Ukraine,” which makes it more difficult to secure the Olympics in Sochi.

And not only this. Somehow it turns out that now in the zone of geopolitical turbulence there are at once two states that are divided by the Black Sea - Ukraine and Turkey. The West states that “it should not remain indifferent,” and intends to use the chance to carry out the so-called “integrative expansion” in the direction of the internal regions of Eurasia. So the Black Sea becomes a disconnected bridgehead motivated by the Sochi Games.

On the one hand, Turkey itself was in a geopolitical grip and was faced with serious geopolitical challenges, primarily going through Syria. On the other hand, it continues to consider the North Caucasus and the Black Sea coast as a zone of its strategic influence and follows the wake of the western anti-Sochi campaign.

Soon sports fanfare will be heard in honor of the winners from different countries in Sochi. But Olympiad-2014 can enter history - like all the previous previous sports marathons - as a symbol of information shocks and political chatter. It will be necessary to deal with such blockages already in the post-Olympic period, and much has already been lost at the stage of preparing the Games.