Maidan - the advanced anti-Russian front of the USA 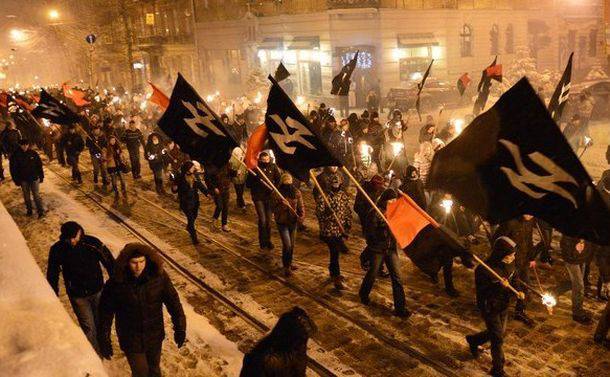 Washington’s attention today is focused on events in Ukraine, where unrest against the president, who has postponed the signing of an agreement with the European Union, has been going on for more than a month now. However, the United States has long been preparing for such a turn, pumping astronomical sums into the Ukrainian opposition. Let's try to figure out why Washington needs Maidan. 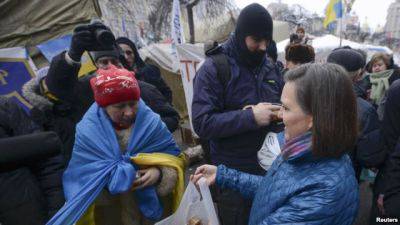 From the very first days of existence, Americans do not leave “euromaidan” unattended. Here, Victoria Nuland, Assistant Secretary of State for Europe in the Independence Square distributes cookies to Protestants, while Senator John McCain bent at the handshake of Vitali Klitschko, one of the leaders of the local opposition. Here, Ambassador Jeffrey Wright is broadcasting something about the indestructible friendship of nations, and this is the newly arrived State Department officials are examining magnets with the symbols of Maidan ...

Of course, in Washington there is no goal to turn Ukraine into a prosperous power. The Ukrainian crisis is seen here as another move in the big game, the goal of which is to prevent the alliance between Kiev and Moscow. After the collapse of the USSR, the political analyst Zbigniew Brzezinski formulated the most succinct fears of the American elite: “The main condition for the revival of Russia in the form of an empire is economic absorption and the subsequent political subordination of Ukraine.”

It is not surprising that Mr. Brzezinski, in a company with representatives of the foreign affairs agency Barack Obama, was invited to the US Senate, where a few days ago, at the initiative of the Foreign Affairs Committee, parliamentary hearings were held on Ukrainian events.

The speeches of Victoria Nuland and Assistant Secretary of State for Democracy Tom Melia contained familiar cliches. "Support the aspirations of all citizens of Ukraine ..."; “Ukraine is an important partner”; “The United States, together with the Ukrainian people, is fighting for human rights,” etc. Nevertheless, Nuland and Melia exposed the true fears of the White House, making the following conclusions: 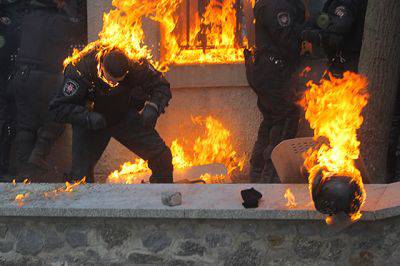 First, the current events in Kiev affect the most important national interests of the United States.

Secondly, without Washington’s financial, moral, and other support, opposition to the “Yanukovich regime” will soon run out.

Third, Russia “acted in bad faith,” offering Ukraine a more attractive rescue plan than the EU and the IMF.
Fourthly, the Maidan speaks on behalf of the overwhelming majority of Ukrainians.

During the friendly debate, committee chairman Robert Menendez, senators Bob Corker, Chris Murphy and John McCain decided to include a number of Ukrainian officials on the Magnitsky list, as well as prepare a complaint to the WTO about Russia "on behalf of Ukraine."

“In no way has attention been paid to that circumstance, but is such a profound interference in the political life of a sovereign state at all appropriate for the US government?” - harshly commented on the hearings of the political magazine The American Conservative. - There was not a shadow of doubt expressed about the fact that the democratically elected cabinet became the object of American criticism. Also, the fact that at least half of the Ukrainians are Russophiles, not to mention the fact that Russia, Ukraine and Belarus have common roots, which date back to the 9th century, was not discussed. ”

However, the verbal solitaire of famous enemies of Russia remained a habitual shaking of the air, if not the given figures, which made the participants of the hearing raise their eyebrows. 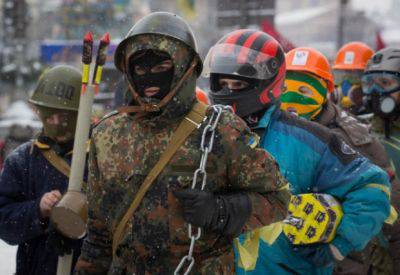 Since the collapse of the USSR in December 1991, the United States has spent over $ 5 billion to help Ukraine. And $ 815 million of them went under the article "Financing democracy and exchange programs." “Much of these amounts are realized through work with non-governmental actors,” said Tom Melia. In addition, as it turned out, the Obama administration has spent $ 184 million on Ukrainian projects dedicated to "developing civil society and protecting human rights."

It is logical to assume that it is with this money that Euromaidan is walking today. A huge stage with lighting and acoustics, equipment of militants, hot food, thousands of beds, heating, medical equipment, high-speed Internet, warm clothes, etc. Finally, buses, on which militants leave to smash the administrations of other areas ... Obviously, even one day of Maidan costs hundreds of thousands of dollars.

In confirmation of this version on the Internet with reference to the Ukrainian special services, detailed financing schemes for Maidan have appeared. We quote: “Each leader of a group of active resistance was promised a monetary reward - for every active fighter for 200 US dollars per day for one member of the group and an additional 500 dollars if the group is more than 10 people. Coordinators - from 2000 US dollars per day of riots, provided that the controlled group performs direct attacking actions on law enforcement officers and representatives of state authorities. Funds were received at the US Embassy in Kiev. Active fighters and leaders received payments to their personal accounts. ” Information about the leadership of the militants, along with their bank account numbers, is also posted online. 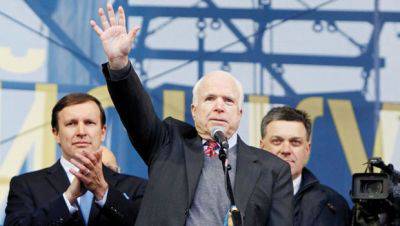 The fact that behind the scenes of the Maidan-the global American interests, few doubt. “For Ukraine, the Agreement with the EU is a Trojan horse, under the guise of which a massive expansion of NATO’s military presence in the region is planned,” reveals US ambitious plans to Dennis Kucinich, a former congressman from Ohio. - The 1426-mile border with Russia will become a new front, while the potential of Ukraine will be used to resolve major regional disputes. Ukraine will inevitably be forced to spend a larger percentage of its GDP for military purposes, significantly reducing domestic spending. Thus, the true winners of the Maidan will not be the people of Ukraine, but Lockheed-Martin, Northrop Grumman, Boeing and other corporations of the American military-industrial complex. ”

“The economic interests of Ukraine lie next to Russia, and not within Europe, it’s quite obvious,” said Paul Craig Roberts, a member of the editorial board of the Wall Street Journal. - The European Union wants Ukraine to join in, to plunder it as previously Latvia, Greece, Spain, Italy, Ireland and Portugal. At the same time, the United States sees Ukraine as the site of the future deployment of a large number of new missile bases against Russia. ”

"The United States aims to propel wars by proxy as close as possible to the Russian borders," said Stephen Cohen, an honorary professor at universities in New York and Princeton. 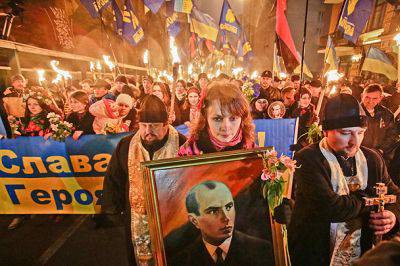 So how long will Washington hide its involvement in the riots in Kiev? What are the next steps for the USA?

US Secretary of State John Kerry at the international economic forum in Davos made a very symptomatic statement. “The absence of excessive troop movements or the absence of threatening answers do not indicate a change in the US foreign policy strategy. We do not retreat from our policies to come to those regions where we see violence and increasing violations of human rights. ” In these words, the experts considered not only the Syrian, but also the Ukrainian background. Here it is worth mentioning the possibility of imposing US economic sanctions if Kiev does not turn towards the EU, and also recall the barely veiled threats made by the head of the Pentagon to the Ukrainian counterpart if the army intervenes in the conflict.

The White House website has already registered several petitions demanding to send American peacekeepers to Ukraine. Although this idea still has relatively few votes - a total of several thousand, who will undertake to completely eliminate the option of a humanitarian action with the participation of the American army in Ukraine?

Yugoslavia, Libya, Syria ... Washington, as a rule, uses a phased scenario of intervention. First, the country's leader is subject to international obstruction, then the country itself for the "sins" of the leader receives an economic embargo, at the same time, chaos is inspired in its territories, finally, through NATO, a proposal is made to introduce peacekeepers in order to end the suffering of citizens ...