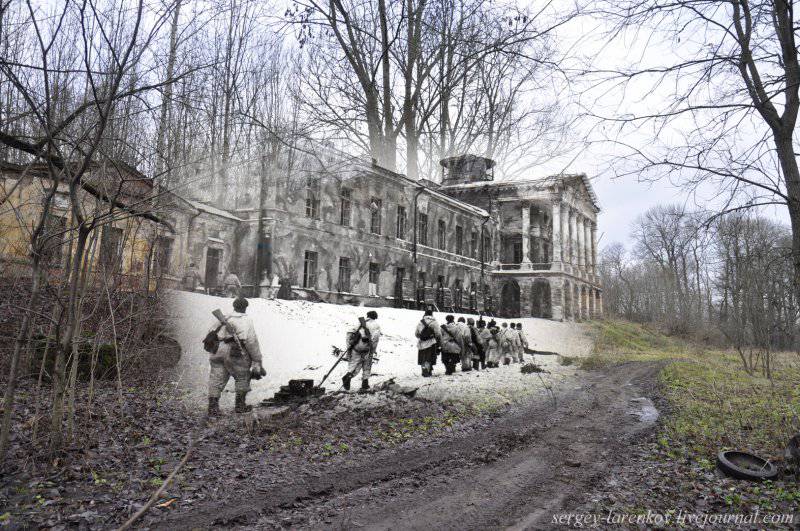 Ropsha 1944 / 2013 Soviet fighters at the Ropsha Palace.
Ropsha was liberated from the Nazis on January 19 of the year 1944.
20 January 1944 of the year in the area of ​​Ropsha was a meeting of the troops of the Leningrad Front, advancing from the Oranienbaum springboard and from the Pulkovo heights. 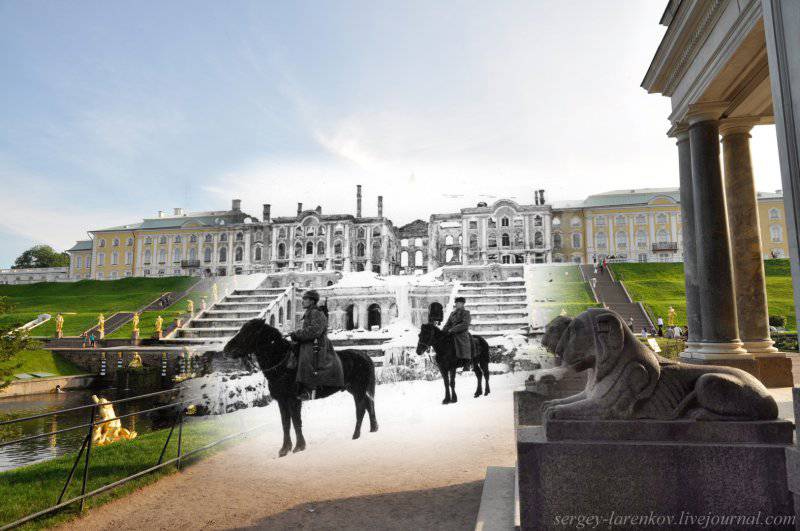 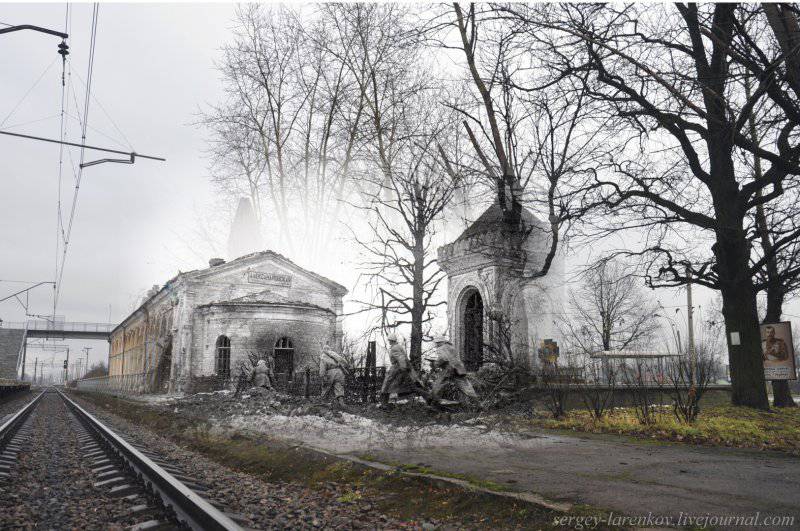 Pushkin and Pavlovsk were liberated from the fascist occupation of January 24 1944. 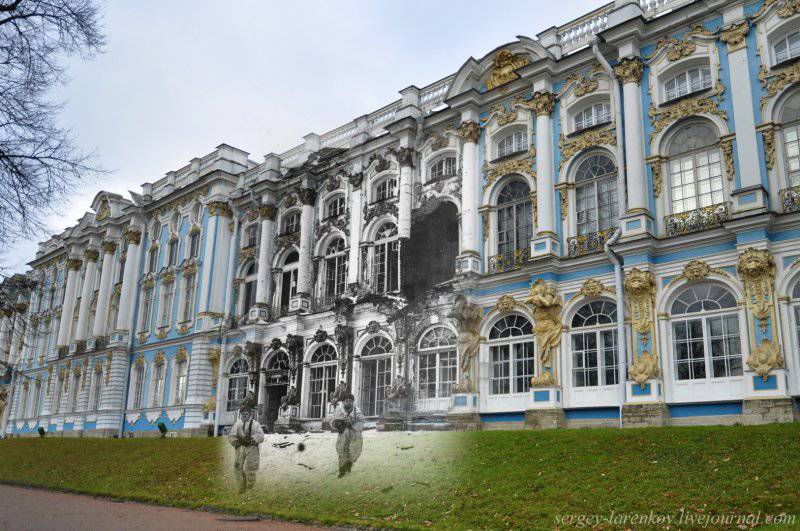 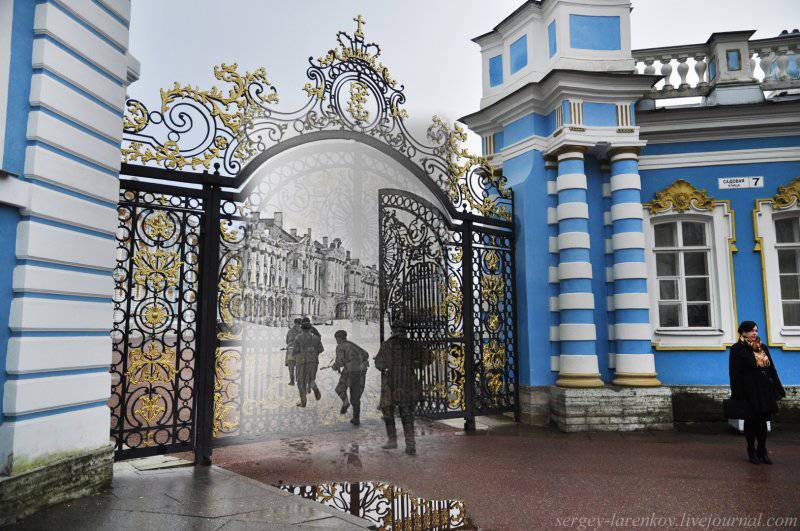 Pushkin 1944 / 2013 Soviet infantry bursts into the territory of the Catherine Palace. 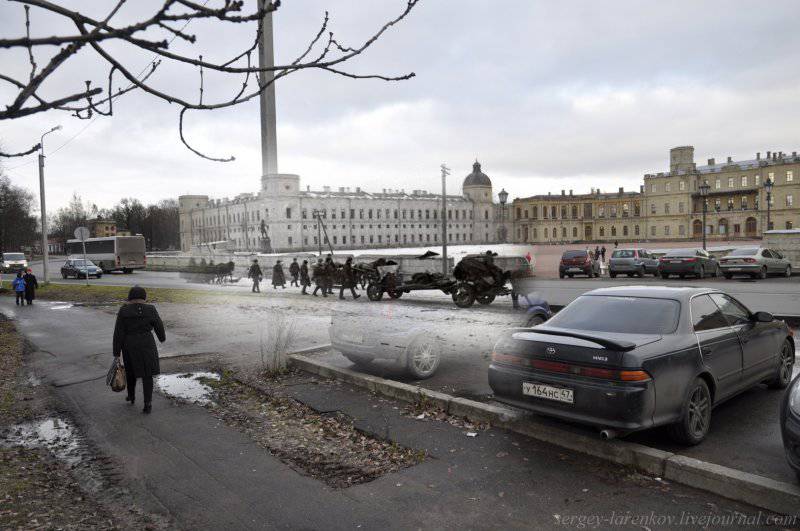 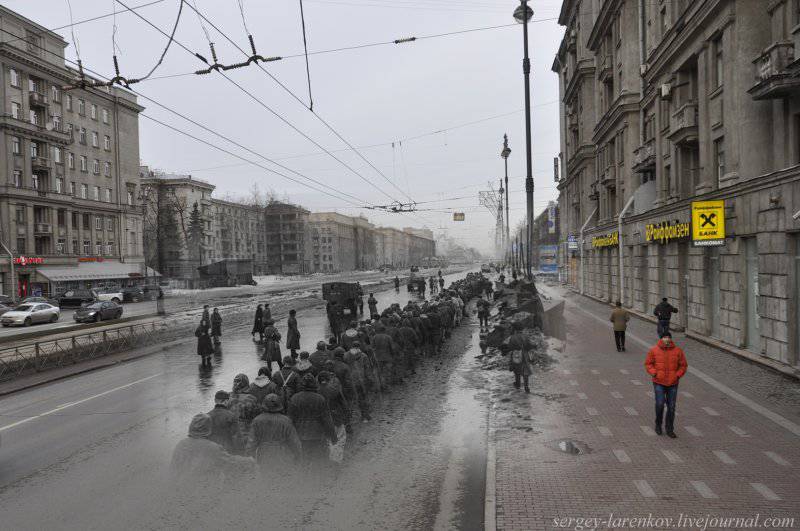 Leningrad 1944 / St. Petersburg 2013. A column of prisoners of the Nazis on Moskovsky Prospect.
Leningrad is completely freed from the blockade of January 27 1944.