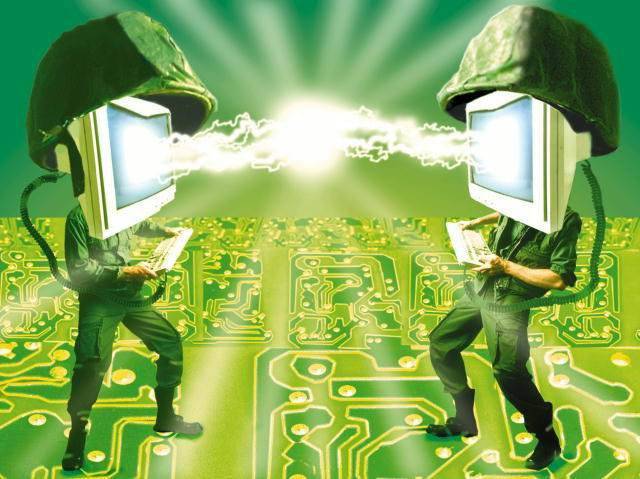 In connection with the latest events in Ukraine, it is increasingly possible to come up with the statement that many Russian media distort information for political purposes. Electronic "independent" and Western media are more objective. This is the opinion of many Internet users. Is it really?

It is not a secret to anyone today that there are units in the armed forces of Western countries that conduct specific work with the media (including the electronic ones). This is understandable: after all, one of their tasks is to form world opinion that is positive for a particular country.

In world military terminology there is a special term - “psychological warfare”. According to V. Krysko, psychological warfare is a combination of various forms, methods and means of influencing people to change their psychological characteristics in the desired direction (attitudes, opinions, value orientations, moods, motives, attitudes, stereotypes of behavior), as well as group norms , mass sentiments, public consciousness in general.

The main unit of psychological warfare in the United States is the 4 Group of Psychological Operations (eng. 4th Military Information Support Support Group), stationed in Fort Bragg. It was formed in December 1967 during the war in Indochina.

Regional battalions are designed to organize and conduct psychological warfare at the strategic and operational levels in specific theaters of operations in the interests of the US Armed Forces (1 - Atlantic and Central and South America, 5 - Pacific and Far East, 6 - Europe and Africa, 8 (Middle East).

The 3 Battalion of the preparation and distribution of materials is responsible for the preparation and distribution of printed, audio and audiovisual materials, and also provides a communications system for the units and formations of the group. The battalion includes a headquarters, a staff company and a service company, a printing company (consists of a management section, a heavy (stationary) printing service maintenance platoon and three tactical / mobile / printing service platoons), a radio and television broadcasting company (consists of a management section, a platoon preparing and distributing materials, radio engineering section and computer graphics section) and a communications company.

The typographic company is capable of releasing 24 million of one-color leaflets in the 1 / 1 format of an inch within 32 hours from the receipt of the task. In addition, she can allocate up to three light or modular printing presses with service personnel, or up to three printing platoons to service local polygraphic equipment of foreign countries, or any combination of the above listed forces and means for the transfer to any part of the world. A company of radio and TV broadcasting can simultaneously allocate up to four video filming teams with mobile editing and editing equipment, as well as technicians for operating local broadcasting systems in foreign countries, to be sent to any part of the world; deploy anywhere in the world one mobile TV-complex with an electric generator, as well as mobile radio stations with service personnel.

Each company is able to allocate a special team, on the basis of which, if necessary, operational units of psychological warfare can be formed. The lower tactical unit of the battalion is a sound station consisting of a sound station that is portable or mounted on an M1025 “Hummer” vehicle and three military personnel serving it and a civilian translator (may be hired from among local residents). Each company has 12-15 such teams.

Currently, the group is served by military personnel and civilian personnel in more than 50 specialties, including graphic designers, intelligence officers, videographers, printers, and psychological operations specialists.

The main unit of psychological warfare in the UK is the 15 group of psychological operations. The group was created after analyzing the experience of waging the war in the Persian Gulf in 1998. The group is equipped with modern mobile communications and broadcasting, video development and equipment for high-quality printing, the work on which requires a good professional staff. Among the military personnel of the group there are specialists in work with graphics, designers, video engineers, radio journalists and other specialists representing the media sphere.

The group consists of three sections. The design and printing section is equipped with modern computers that support Adobe InDesign, Photoshop, Illustrator; Macromedia Dreamweaver. The materials are printed on color laser printers and large format plotters. The equipment allows you to quickly reconfigure the production of various types of high-quality color printed materials.

All equipment can be placed in the Kunge of the Pinzgauer all-terrain vehicle, which can be transported by C-130 transport aircraft or by helicopter. Another option for placement of equipment is air transport containers that are transported on 4-ton trailers. In both cases, an autonomous diesel power plant and air conditioning systems are provided.

The video recording and video editing section is equipped with laptops with non-linear editing systems of the American company Avid. In addition, the group has two stationary workstations adapted for work in a battle-like environment with a set of programs allowing the use of video materials from VHS and DVD formats.

The broadcasting section is equipped with a standard professional FM radio transmitter. Equipment for broadcasting is also available in two versions. In the form of two mobile studios, it can be placed in air transportable containers equipped with air conditioning and transported on 4-ton trailers.

In Poland, the tasks of providing psychological impact on the troops and the population of foreign countries are assigned to the central group of psychological actions (Central Group of Psychologicznych, the place of deployment of the city of Bydgoszcz). The central group of psychological actions consists of headquarters, as well as information-analytical, television and broadcasting, editorial and logistic units. Organizationally, the central group includes: headquarters; The intelligence center for psychological control, which is its main coordinating part, consists of four information collection and processing departments (the first is analyzing the press and other open information sources on Poland, the second is mainly in English-speaking Western countries, the third is in Eastern Europe and the fourth is in States with conflict situations); department of television and radio broadcasting; sound department; the department of distribution of materials of psychological influence; publishing department; archive and rear units.

The central group has established continuous interaction with scientific, educational and cultural organizations and institutions in Poland and NATO countries. Various experts are involved in carrying out complex expert activities - ethnographers, sociologists, psychologists, teachers, etc. In the audio archive of the television and radio broadcasting department, in addition to music and video recordings, there are extensive soundtracks on military topics (IWT use) and everyday life activities. man and his environment.

The main unit of the psychological warfare of the armed forces of Canada is the Canadian Forces Information Operations Group (CFIOG), headquartered in Litrime. The group consists of: a headquarters, an electronic warfare center, a network operations center, an electronic intelligence center, a military technical station.

Thus, at the moment in the NATO countries there are a number of special units that carry out a direct psychological impact on world public opinion in the interests of the policy pursued by their states.

Ctrl Enter
Noticed oshЫbku Highlight text and press. Ctrl + Enter
We are
What you didn't want to know about EnglandMilitary reform as an integral part of the security concept of the Russian Federation: Systematic dynamic assessment
Military Reviewin Yandex News
Military Reviewin Google News
33 comments
Information
Dear reader, to leave comments on the publication, you must sign in.