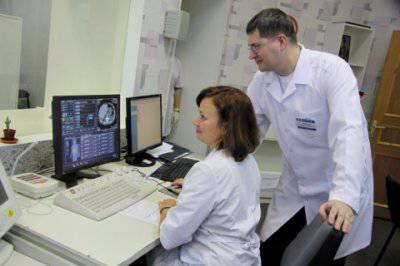 The beginning of this week, Russian Defense Minister General of the Army Sergey Shoigu, spent in St. Petersburg. There he visited, in particular, the Kirov Military Medical Academy (VMA), met and talked with scientists, doctors and patients of the Academy, which is not only a scientific and educational institution, but also the largest clinical hospital in the north-west of the country, checked the progress works on the reconstruction and development of its educational, scientific and medical base. He did not share his impressions of what the head of the military department saw. But, judging by the short remarks that representatives of the media heard during his communication with the attendants, the visit of the Military Air Academy did not spoil the mood of the minister.


Works on repair and reconstruction are in full swing here. This year, it is planned to overhaul at 23 facilities, half of which are ahead of the planned schedules on average by 6 – 7 months. Here and the reconstruction of the operating unit of the neurosurgery clinic, which was built in 1813 year, and the admission department of the clinic of military field surgery (building 1864, built), and transplant center, it is located in the house 1787, built ...

Contracts for 4,1 bn. Rub. This includes design and survey, construction and installation work - by 2,2 billion, and for the purchase and installation of modern medical equipment - by 1,9 billion rubles. One of the types of such equipment was demonstrated by Sergei Shoigu - the most modern computer tomograph, which allows you to diagnose the most difficult to detect diseases. Such a tomograph is in the north-west only in the Military Medical Academy.

Of course, during a visit to the military medical academy, a scandalous question that had agitated the public two years ago, which was voiced by the former leadership of the Ministry of Defense, about moving the Military Medical Academy to the Leningrad Region in the village of Gorskaya near Sestroretsk arose. No move there is planned, said the leaders of the Main Military Medical Directorate of the Ministry of Defense. According to the head of the Main Medical Department, Major General of the Medical Service, Alexander Fisun, in no case is it about moving the Military Medical Academy, but only about expanding the academy. In the village, he explained, design and exploration work is underway. This year they will end. There it is planned to open a multifunctional research medical center of the Military Medical Academy. The project must pass the examination. And the input of the first stage of the center is scheduled for 2016 year. It will be completely ready in 2018 year. There will be a center for the study of ergonomics, which will study the effects of various materials, clothing and equipment, and even bed linen on the body of a soldier. As well as the largest center for rehabilitation and pharmacology, an oncology center, where they will treat the most complex diseases, including those associated with radiation.

And on the territory of the Academy in the center of St. Petersburg, two new eight-storey corps have already been built on 1800 and 1600 cadets, students, teachers and doctors of the Military Medical Academy. There are rooms for cadets for four to six people with all the necessary amenities. Sergey Shoigu, having visited them, recalled how he himself once lived in a corridor-type student dormitory, where all household services on 220 people were at the end of the corridor, and he had to manage to get into a shower: he was one in a thousand or more.

The minister visited and historical the library of the academy, where unique archives are stored, including even the history of the illness of Peter the Great. The library, founded at the end of the XVIII century, more precisely in 1798, also needs reconstruction and overhaul. Sergei Shoigu ordered to start it immediately. And to preserve the rarest books and manuscripts, do their digitization. “We need to involve the student and cadet community in this work,” suggested the head of the military department, “so that the guys would have a direct relationship to this.” Distribute them into shifts and do all the necessary work step by step ... We need to make sure that all medical facilities in Russia can use digitized materials. ”

Ctrl Enter
Noticed oshЫbku Highlight text and press. Ctrl + Enter
We are
Reconstruction of the aircraft Fw190A-5Rogozin visited Nizhny Tagil, shot from a tank and a gun
Military Reviewin Yandex News
Military Reviewin Google News
12 comments
Information
Dear reader, to leave comments on the publication, you must sign in.