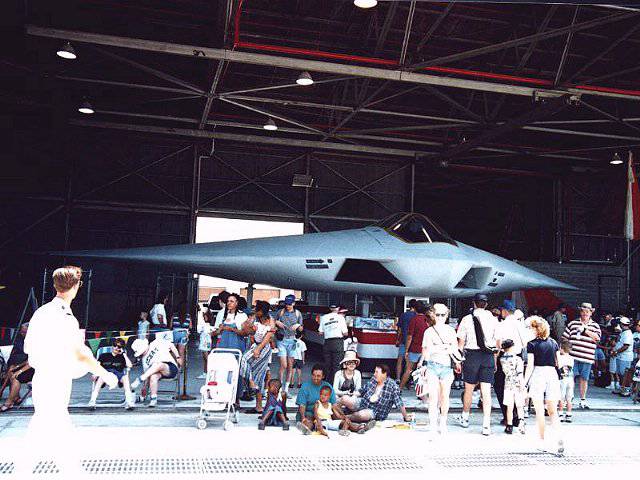 The US companies Boeing and General Dynamics settled a dispute with the US Navy regarding the unfinished project of the deck assault aircraft A-12 Avenger II, which lasted from the year 1991. According to Reuters, the companies announced their intention to pay the Navy, in whose interests A-1980 was developed at the end of 12, for 200 million dollars. Payments will be made by products of enterprises. Companies have not yet commented on an agreement with the military.


The achievement of Boeing and General Dynamics agreement with the US Navy announced the Ministry of Justice. The enterprises agreed to withdraw their claims to the US government, the Department of Defense and the Navy, according to which they demanded the preservation of the funds already received for the development of A-12 and another billion dollars as a penalty for breaking the contract. Under the new agreement, Boeing will supply the EA-18G Growler three electronic warfare aircraft to the US Navy for free, while General Dynamics will deliver the 200 million dollars for the construction of the Zumwalt-type destroyer for free.

The US Navy Command signed contracts for the development of a promising ground-attack attack aircraft A-12 in 1984. The agreements were signed with the McDonnell Douglas / General Dynamics and Northrop / Grumman / Vought consortia. The creation of the aircraft was held in the form of a tender, the victory in which was won by the consortium McDonnell Douglas / General Dynamics. Under the terms of the agreement, the consortium was to create a deck assault aircraft with the use of stealth technologies no later than 1994 for an amount of no more than 4,8 billion dollars.

McDonnell Douglas and General Dynamics failed to cope with the first stages of development in time. In addition, the final cost of A-12 increased from the original 84 million dollars to 165 million. 7 January 1991, the US Department of Defense closed the Avenger II project as costly and unpromising. By this time, businesses received 2,68 billion dollars to develop the aircraft, while spending on the project 3,88 billion dollars. In the middle of 1991, companies filed a lawsuit against the military, demanding a penalty for early termination of the contract.

In the course of the proceedings, the US Navy made demands on companies to pay 1,35 a billion dollars spent on a contract that they could not cope with. Since the end of 1990, McDonnell Douglas has represented the Boeing concern in court as a successor, swallowing the company. In 2011, the US Supreme Court attempted to end the protracted legal proceedings. According to the court, the US Navy was forbidden to demand a refund for Avenger II from Boeing and General Dynamics, and companies ─ penalties from the military. However, disputes between the military and companies about the failed project continued.

A-12, made according to the “flying wing” scheme, was supposed to reach speeds of up to 930 kilometers per hour and fly thousands of kilometers to 1,5. The plane was supposed to get a folding wing. Armament was planned to be placed in the internal bomb bay. The maximum mass of weapons should not exceed 2,3 tons. On the basis of the Avenger II was planned to create a whole family of combat aircraft for the Navy, Marines and the US Air Force. In total, the military intended to acquire 1258 new aircraft.

During the entire development of the A-12, not a single flight prototype has been created. The only mass-dimensional layout of the Avenger II was declassified in 1996 year and exhibited for public viewing at the former US Navy base "Carswell". According to one version, it was the closure of the Avenger II project that caused substantial financial losses for McDonnell Douglas and the takeover of the company by the Boeing concern.

Ctrl Enter
Noticed oshЫbku Highlight text and press. Ctrl + Enter
We are
Lightning F-A-18G radio interference: a tactic that should not be underestimatedInstalled the crew of the deceased attack aircraft found during the construction work of the bridge across the Kerch Strait
Military Reviewin Yandex News
Military Reviewin Google News
26 comments
Information
Dear reader, to leave comments on the publication, you must sign in.