In the case of stabilization of the situation in Ukraine, it is necessary to raise the question squarely about the introduction of the course of Russian history in Russian-speaking schools. 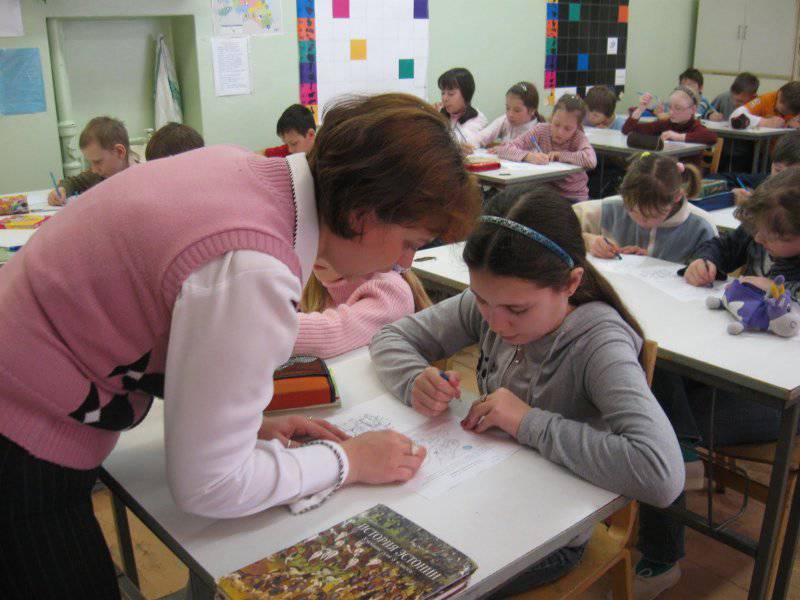 In the case of stabilization of the situation in Ukraine and return to the status of QUO, you must enter the second item stories in Russian-speaking schools, namely - Russian history to protect Russian identity and identification. Be sure to as a par, and not in return. We do not have the moral right to allow another invasion of the national liberalism of Galicia to southeastern Ukraine, which will have to be stopped by older people: retired people, veterans of Afghans, and Russian-speaking athletes who are not burdened with humanitarian issues because of their training and activities. (Thank God for missing the lessons of history!)

Does the school have the right to be considered Russian-speaking if they teach a story about how the Russians first killed the Ukrainians under the tsars, and then the Soviet (Russians) killed the heroes of Ukraine, Bandera, in cold blood? I support the revision of the status and the very concept of “Russian-language school”! For 23, it’s time to decide and not hide behind the wording: “Russian-speaking patriot of Ukraine”, “I am Ukrainian, but my native language is Russian”, “Although I am Russian, but against the imperial policy of the Russian Federation towards Ukraine”, etc. If you love the Ukrainian language and Ukraine, be kind, go to the Ukrainian-language school and prove your love by doing. For me, as for Russian, it was not a problem to learn the Ukrainian language. I even know how to speak with Galician accent. But I made my choice: I belong to the Russian world! I am tired of watching how young guys in Russian support not with words but with deeds, not only Euromaidan, but also the Freedom party and the actions of the so-called Right Sector. Therefore, let them be consistent.

No Russian communities, etc., since this will nevertheless level the status of Russians in Ukraine. I just want white to be white and black to black. The subject of the history of Russia should be introduced not in exchange for the history of Ukraine, but as an alternative and parity, the people will figure it out!

I sincerely hope that the powerful men and elite from the southeast will hear me. And also those guys who know and know how and where petitions are made on such issues on the Ukrainian Internet (this is so that they are not accused of influencing Runet on the vote!)