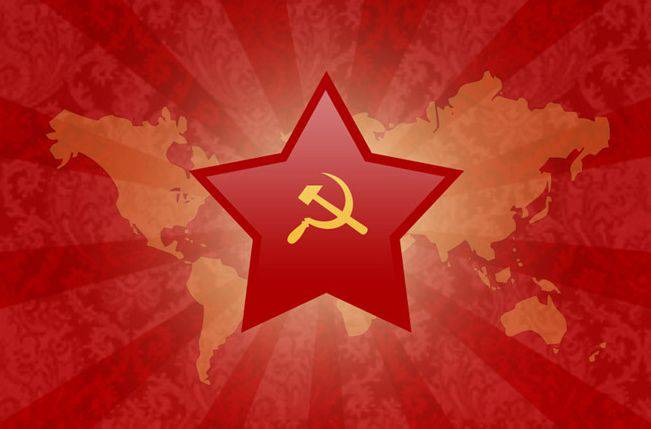 It is no coincidence that Russians began to have a positive attitude even towards Georgia.


Domestic sociologists have revealed an interesting fact: for the first time in many years, the share of Russian citizens belonging to Georgia positively exceeded 50% (51% as of December 2013 of the year).

In 2000-s of the highest (56%) it was in December 2003, when there was hope that the unintelligible and hypocritical regime of Shevardnadze was leaving and the new leadership would proceed from common sense and the traditionally friendly relations between Russia and Georgia. Although those who knew the situation in the Georgian elites warned that the people of his own team were against the leader, he was brought up and formed by him, and according to some, he was also organized for the sure transfer of power to "the right people." In any case, under the new rather repressive regime, Shevardnadze himself and his family were not harmed in anything. By the autumn of 2004, the last became more and more obvious and the good attitude towards Georgia began to decline - first to 52% in 2004, and then to 43% in 2005.

Today hopes are back again. Although many who know the situation, again caution, saying that the difference in attitude towards Russia between the new leadership and Saakashvili is no more than that between Saakashvili and Shevardnadze. But this is a somewhat separate topic.

Another thing is important: today in Russia, the attitude towards the three most different, attracting the attention of the USSR republics - Belarus, Ukraine and Georgia - which have detached from it - has simultaneously become dominantly positive. The good ratio to the first one is 82%, to the second - 65% (although this is lower than the 2012 indicator of the year when it was 69%). To Georgia, as mentioned, 51%.

Western countries cannot understand that their attempts to extend their influence over the territory of the USSR and, moreover, to the USSR’s responsibility zone, which was fixed by the Potsdam agreements and the Helsinki meeting of 1975, clearly resemble the annexation of the territory of the defeated country. Former US Secretary of Defense Robert Gates admitted in his recently published book, Duty, that attempts to draw Ukraine and Georgia into the Western bloc did not give anything to the bloc itself, but merely created provocative tensions in relations with Russia, leading to its naturally aggravated reaction.

But on the whole, the highest elites of these countries naively do not understand what Stalin understood after the Victory over Germany, for example: “There is no Hitler - Germany remains.” Each of their attempts to remind that they came out of the confrontation with the USSR winners (or put things in such a way that they came out winners) will inevitably lead to a response and the collective consciousness of Russia, and, let's call it conditionally, “collective Soviet consciousness”, including the consciousness of the masses, and the consciousness of the political elite, which inevitably would yearn for the opportunities that it would have if it were in power not in Russia, but in the USSR, and even completely Westernized owners of oligarchic empires, which will increasingly be go to the conclusion that communicate with foreign partners in the class would be easier and more profitable, relying on military and industrial might of the USSR, and not on those of the remains and ruins that have been preserved in modern Russia.

And the more Westerners will consider themselves in the right to interfere in the affairs of the Soviet Potsdam zone of influence, the more reasons Russia and the “collective Soviet consciousness” will relate to this state of affairs approximately the same as Germany of the Versailles 20 of the last century .

You can certainly say that these sentiments in Germany served her a disservice and led to the surrender of 1945 of the year. But do not forget that this was not so much the result of the breakdown of the Versailles agreements, as the result of the violation of the 1939 pact of the year. Which, by the way, itself meant the cessation of the existence of the Versailles borders.

The more the West tries to hurt Russia by including its territories in its control zone, the more “collective Soviet” will play a greater role in its positioning and the more it will seek to punish the “new Versailles predators”.

A positive attitude towards Belarus, Ukraine and Georgia at the same time is important precisely because of the difference in these republics and the different nature of relations with them in recent decades.

If we assume the completion of the reunification of Russia and Belarus - this is more a private decision of the two countries, not very much meaning for other republics. If we imagine their reunification with Ukraine already, then this is practically Great Russia, almost the Russian Empire of Catherine II. If you draw a picture of Georgia’s reunification with them (which at the same time will mean the reunification of Armenia), it’s not even just an empire of the 19th century, but a critical mass, after which the “Western nightmare” - the process of restoring the territorial integrity of the Union - will become irreversible.

All this today looks fantastic. Although not more than the idea of ​​reaching India once looked like, sailing west from Spain.

But against the background of the described indicators of the attitude towards the named republics and the named geopolitical partners-competitors of the citizens of Russia, the regret about the destruction and division of the USSR and the idea of ​​the degree of its inevitability develops.

If a year ago 49% regretted it and did not regret 36%, then according to the 2013-2014 turnaround data, the number of the first has risen sharply, to 57%, and the number of the second has sharply dropped (30%). Levada Center, which cites this data, avoids asking whether Russian citizens would like to restore the USSR, But when he asked him in March 2006, in the 15 anniversary of the Referendum on the preservation of the Union, more than 60% answered that they would like such a recovery .

At the same time, if the number of people who considered destruction of the USSR inevitable in 2011 was 33% and in 2012 was 31%, today it has decreased to 29%, while the number who believe that it could be avoided increased from 48% in 2012 to 53 % Today.
That is, it can no longer be attributed solely to nostalgia, it is not only memories of the past. This is the result of understanding both the past and the present, a conclusion from the realities of the development of today's political life.

At the same time, there are three processes: an improvement in attitudes, in particular, to complex republics that have separated from Russia, a deterioration in attitudes towards the world power centers interfering in their relations with Russia and their inner life and the growing regret for the death of a single state.

Ctrl Enter
Noticed oshЫbku Highlight text and press. Ctrl + Enter
We are
About Stalin and KhrushchevNikolay Silaev, Andrei Sushentsov: Georgia after the elections and prospects for Russian-Georgian relations
Military Reviewin Yandex News
Military Reviewin Google News
172 comments
Information
Dear reader, to leave comments on the publication, you must sign in.