On the Maidan captured three militiamen, one wounded 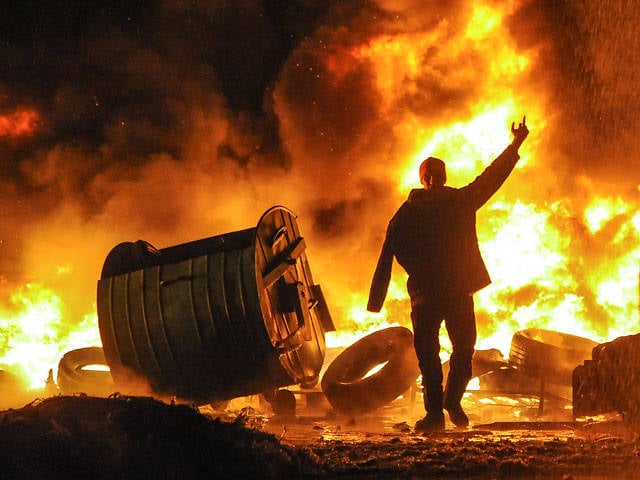 After a short truce in Kiev, opposition to government forces resumed. The so-called "Maidan guard" in the area of ​​Independence Square captured three policemen. One of the law enforcement officers was stabbed, ITAR-TASS reports.
Prisoners were taken to the building of the Kiev city state administration, which is under the control of the opposition. Later, the wounded policeman was released, he was hospitalized. The fate of the two remaining police officers is unknown.
Ctrl Enter
Noticed oshЫbku Highlight text and press. Ctrl + Enter
We are
Riot dayTanks and roses. Donetsk lives in a fragile truce
Military Reviewin Yandex News
Military Reviewin Google News
329 comments
Information
Dear reader, to leave comments on the publication, you must sign in.