Begins with the collapse of the West 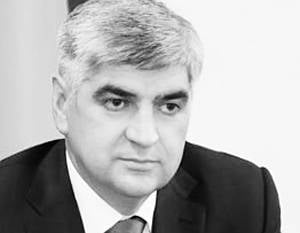 Insurgent opposition seized the regional administration building in Lviv and Rivne regions, stating that "taking power into their own hands." In Zhitomir and Poltava similar scenario was averted, that does not negate the essential: the Ukrainian government loses control over entire regions.


The regional parliaments of the Lviv and Rovno regions are controlled by opposition representatives. The detractors of Viktor Yanukovych (as well as the Maidan’s sympathizers) are the mayors of the regional capitals. For example, the mayor of Lviv, Andrei Sadovaya, said earlier that in his city “they will not comply with the laws adopted in violation of the constitution and common sense,” that is, the very laws that the Verkhovna Rada adopted on January 16. The opposition calls them nothing less than "totalitarian" and "repressive."

The fact that the population of the western regions of Ukraine, as well as the authorities elected by them, has a very negative attitude towards the current president and government, in principle, is not worth specifying. The West is a stronghold of the opposition, and this statement has become commonplace. However, Ukraine is a unitary state, where the heads of regional administrations (in our opinion, the governors) are appointed by the president. Sometimes in these appointments a balanced approach can be traced, when a local person is sent to supervise a region, sometimes alien to official Kiev, not allergic to the population, but loyal. Sometimes only loyalty is taken into account. Under Yushchenko, nationalists were governors of a number of eastern and southern regions. In turn, Yanukovych sometimes sent to the west of Ukraine “his own men on the board”, “Varyags from the East”, which the local population a priori cannot tolerate.

Vasyl Bertash, chairman of the Rivne Oblast State Administration, is at least local, otherwise he is a typical “Yanukovych man” - the leader of the local “regionals” and a member of the political council of the PR. By the way, just the day before, he was awarded the President of the Order of Merit of the first degree and went on vacation, that is, he did not find the capture of his administration.

The governor of the Lviv region, Oleg Salo, by the way, is also local, but the attitude towards him is much more intolerable. In the past, he headed the Ministry of Internal Affairs of both Lviv and Rivne, as well as Ivano-Frankivsk regions. After the Orange Revolution, two criminal cases were opened against him on the facts of violation of the right to vote (that is, the organization of election fraud) and abuse of official position. Salo even declared on the international wanted list. At the end of the 2013 of the year, that is, shortly before the start of opposition speeches, Yanukovych appointed Salo governor. The response to this appointment in the area was sharply negative. Local politicians unanimously declared that the president had appointed such an odious, hated person in the region, but a person personally loyal to him with one specific goal: to keep Lviv in check in the run-up to early elections. Not surprisingly, with such mutual antagonism, the regional council tried to simply evict the regional administration officials from the building they occupied shortly after the start of euromaidan.

On Thursday, a rally in front of the Lviv regional administration, convened as part of "supporting the rebellious Kiev" and the "All-Ukrainian strike," gathered several thousand people. At the end of the rally, the regional administration literally took by storm, and Salo was forced to sign a statement of his own resignation. After that, the stormtroopers declared that the townspeople were creating a “people's council” and “taking power into their own hands” by means of “their deputies” of the Lviv regional council (most of them, by the way, represent nationalist “Freedom”).

However, soon Salo declared that he had written a statement “under the threat of physical violence” and asked to be considered invalid. “I have been and remain loyal to the President of Ukraine, sharing his state position, his desire to establish peace and stability in Ukraine,” he stressed.

Another thing is that after the signing of the paper, the governor was literally put on the street: the regional administration building is now under the complete control of the self-styled “people's rad”.

In the Rivne region, the same scenario was previously implemented with the amendment that the governor, as mentioned above, is on vacation. With the slogans “Exactly, get up!”, The opposition simply broke the windows of the entrance doors and occupied the interior.

But in the Poltava region, located in the center of Ukraine, there was a "misfire". The administration was literally saved by the head of the city police, Vitaly Emets, and under almost comical circumstances (more precisely, tragicomic). When the opposition laid siege to the regional administration, he arrived at the scene and entered into negotiations. It ended with the fact that both the opposition and Emets sang the anthem of Ukraine together. Emets also offered to honor the memory of those killed in Kiev by the opposition with silence and conveyed to the activists a simple idea: the seizure of the building could lead to an escalation of the conflict and the demolition of tents on the local Maidan.

At the same time, in Zhytomyr, the opposition, who tried to break into the session of the regional council, was able to stop the police. And the rally in another “capital of Galicia” - Ivano-Frankivsk - was limited to a call for the resignation of the governor. Perhaps due to the fact that the protesters were relatively small - only 500 people.

Nevertheless, all this is a very bad signal for Viktor Yanukovych, and no one can guarantee that the Lviv and Rivne scenarios will not be implemented in other regional capitals of Western Ukraine, primarily in Ternopil and Ivano-Frankivsk, where the opposition can still take revenge. In the West, there are very few people who support the current president. Worse, the local authorities (with the exception of the governors) are openly hostile towards him, the worst thing is that no one can guarantee the loyalty of the local police and internal troops either (by the way, we recall that previously about 2 thousands of people and 200 cars blocked military units of internal troops in Lviv). Theoretically, internal troops and the "Berkut" can be pulled from the center. But for now they are obviously more necessary there.

Thus, Yanukovych simply does not have a foothold in the West, and the fact that local elites and activists are becoming tougher is obvious. Even in “revolutionary Kiev”, where the mayor's office was seized at the very beginning of the protests, the city administration and the opposition got along in the same building. Now the officials are driven out into the cold.

At the same time, the implementation of such a scenario in the east and south of Ukraine is not only doubtful, but almost impossible. The situation when the president controls only a part of the country is the first step towards its collapse. In that case, of course, if the confrontation continues and a compromise acceptable to all parties will not be found. While looking for him. Thus, Yanukovych proposed to the Chairman of the Verkhovna Rada, Vladimir Rybak, to convene an extraordinary session of parliament for the "immediate resolution of the political crisis." An extraordinary meeting has already been scheduled for January 28.

Ctrl Enter
Noticed oshЫbku Highlight text and press. Ctrl + Enter
We are
Situational analysis of the death of the MH17 flight (Malaysian Boeing 777), made on the basis of engineering analysis from 15.08.2014Geopolitical mosaic: Ukraine is waiting for the 2004 Constitution of the year, in New York, rally in support of the "Maidan", and Limonov believes that the east of Ukraine and north of Kazakhstan should move to Moscow
Military Reviewin Yandex News
Military Reviewin Google News
123 comments
Information
Dear reader, to leave comments on the publication, you must sign in.