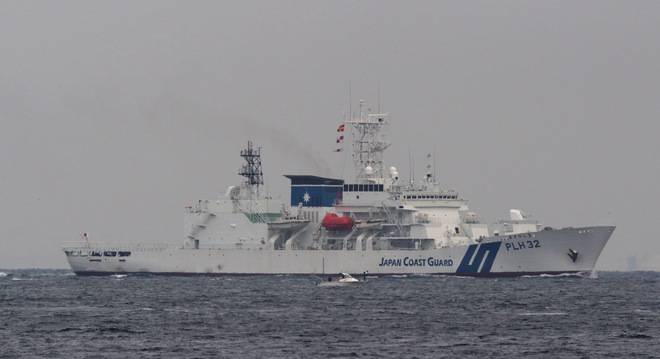 The November patrol ship PLH 2013 Akitsushima (c) soha.vn, which was in November 32 of the Coast Guard of Japan, was the largest in the world at the moment.