Neocolonialism is not Russian. We are not a colonial empire, but a continental 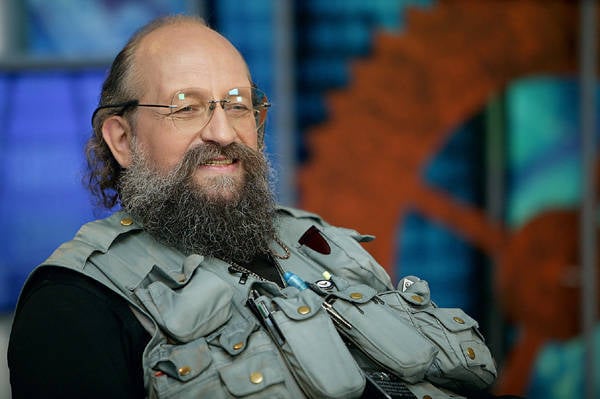 The active policy of the Russian Federation in the countries, with the hard hand of Western propagandists called the Third World, is now declared neocolonialism - they say, our country is no worse than the United States of America, and therefore also has the right to rob those who are weaker.


First of all, I would like to note: the term “Third World” itself is part of a conceptual trap, to which we have fallen back in Soviet times. Then our opponents proclaimed: First World - capitalist countries, Second - socialist, Third - those that do not meet the standards of the First and at the same time are not included in the Second. But this division itself is false. In the First and Third Worlds, the same market economy operates. All the numerous differences between them - the organization of power, traditions of doing business, level of education, etc. - do not cancel the main thing: the market operates there, and everything else is subject to its requirements. Moreover, in modern conditions - precisely as a result of colonialism and neo-colonialism - this market is one. India and Haiti are as integral parts of the global market economy as Germany and Luxembourg. The division of the market world into the First and the Third was invented so that we, the Second World, would only compare our standard of living with the best, not paying attention to average indicators. At the same time, the average standard of living in all socialist countries, from the inception of socialism to this day, is above the average for all capitalist countries. This is what we did not notice by faith the stories of the enemy.

But if we have now fallen out of the Second World, should we not rob the Third for the sake of getting into the First, as the other First-Witnesses do?

I have repeatedly said and wrote that empires are of two fundamentally different types: colonial and continental.

The colonial empire is a state where the metropolis is separated from the colony by large distances and where, therefore, even now (not to mention the past centuries), it is impossible to quickly come to the aid of the colonial authorities if they start any disagreement with the locals. Therefore, for the colonial empire, the only way to maintain long-term order is to crush the population of the colony so that people who can seriously think about managing a colony without the help of a metropolis cannot appear there. The simplest method of pressure is to continuously rob a colony, so that even for survival you have to strain all your forces. And, of course, the helplessness of the inhabitants of the colony facilitates their robbery.

The Russian empire is continental. It is formed by peoples, who have lived side by side for centuries. During this time they managed to form the technology of mutually beneficial interaction without any intervention of any single authority. Therefore, all that is required from the central government is not to interfere with this interaction. Of course, it is desirable that the central authorities impose their discipline on these already established methods of interaction in order to guarantee the observance of the procedure previously established by the peoples themselves, so that they can be sure that this interaction will continue, so that, roughly speaking, every person is sure: wherever he comes, he will obey the same uniform rules. But these rules themselves are established by the peoples themselves without the intervention of the central government. Therefore, for the continental empire, the methods of oppressing peoples, the methods of forcibly imposing any laws and rules on them are counterproductive: they lead to a decrease in labor productivity for the empire as a whole.

Accordingly, if we try to pursue a colonial policy in the style in which different countries of Western Europe and North America conducted it at different times, then we will achieve substantially worse results than we achieved by conducting independent policies using the methods we found ourselves. Classical colonial politics is possible only for colonial empires, but not for continental ones.

Moreover, even with countries distant from us, we better conduct a policy in a continental spirit. For the more we contribute to their development, the more they can give us. Of course, one cannot fall into the extreme of the late Soviet times, when we gave all sorts of benefits in exchange for promises to adhere to a socialist orientation, without even trying to check what exactly this orientation would express. But even from general economic considerations it is understandable: one-sided robbery gives even the robber himself ultimately much less than mutually beneficial interaction.

I do not exclude that our liberal younger brothers in mind, sincerely believing that the sun rises in the west, do not understand the difference between interaction and robbery, much less the difference between the two types of empires and therefore prefer to see our classical colonial policies. But we have absolutely no reason to imitate the younger brothers in mind - we will be older.

Ctrl Enter
Noticed oshЫbku Highlight text and press. Ctrl + Enter
We are
About Stalin and KhrushchevOn the other side of the “red” and “white”. Izborsk Club Report
Military Reviewin Yandex News
Military Reviewin Google News
130 comments
Information
Dear reader, to leave comments on the publication, you must sign in.