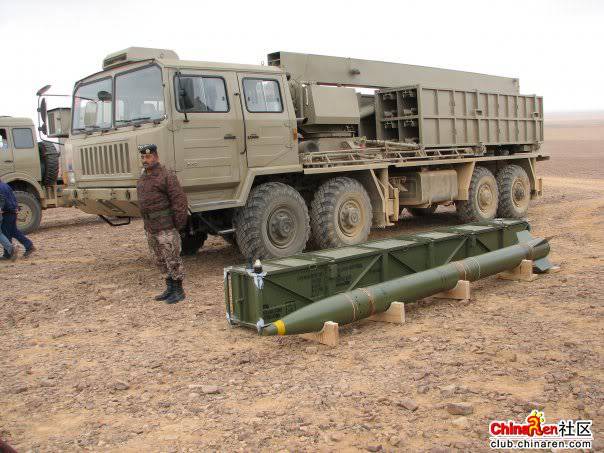 China intends to provide Jordan with a grant in the amount of 4,9 million dollars for the supply of weapons and military equipment made in China, reports Jaynes Defense Weekly, citing sources in the command of the Jordanian Armed Forces.


Assistance was offered during the talks in Amman at the end of December of the chairman of the committee of the chiefs of staff of the Jordanian Armed Forces General Mashal Mohammad Zaben with the Chinese military delegations. The talks were attended by the Ambassador of China in Jordan, Gao Yusheng.

As stated in a joint statement following the talks, Jordan and China will also expand cooperation between the armed forces of the two countries.

A proposal to provide military assistance was received three months after it was signed in Beijing by the State Administration for Science, Technology and Defense Industry of China (State Administration for Science, Technology and Industry for National Defense) and the command of the Jordanian Armed Forces to expand cooperation in the defense industry.

Earlier, in November, 2012, the countries signed an agreement on cooperation between the armed forces of the two countries, and in 2013, they conducted the first joint antiterrorist exercises.

The assistance offered by Jordan fits into the Chinese-implemented strategy for expanding military sales and, thus, its influence in developing countries.

First of all, Beijing is interested in countries located in strategically important geographic regions of the world and possessing natural resources.

Of the recent largest purchases of Chinese weapons by Jordan, the following should be noted.

Ctrl Enter
Noticed oshЫbku Highlight text and press. Ctrl + Enter
We are
Russia firmly occupies a place in the global arms market 2 and will maintain its position in the foreseeable future.Armored Vehicles Market in the Middle East in 2005-2012 and forecast for 2013-2016
Military Reviewin Yandex News
Military Reviewin Google News
4 comments
Information
Dear reader, to leave comments on the publication, you must sign in.