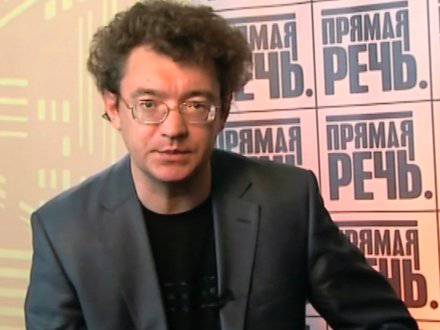 “Homosexuality is a deviation from the norm of the development of society and a deviation from the norm of the mental status and behavior of a particular person, that is, a disease of our species or a particular person. And society as a whole can not perceive it as the norm. Recognition of this fact is very significant at the state level, because it gives the public a clear signal that it is good for him, and what is a disease is not the norm for him and is subject to treatment when it is possible, ”writes Saversky.

According to the President of the League of Patients, homosexuality meets the general definition of the disease, adopted by WHO, as it is a violation of the normal functioning of the body.

“The normal vital activity of an organism should be considered as one that allows our mind - the community of“ reasonable people ”- to live and develop normally (the norm is the average value in general, and in medicine, in particular), Alexander Saversky believes. - Same-sex sex relationships do not lead to the preservation and strengthening of our species, because they do not give the continuation of the species - children, and vice versa - lead to its weakening. "
Saversky asks not only to recognize homosexuality as a disease and to adopt a state program for creating approaches to its detection and treatment, but also to impose administrative fines for showing homosexuality in the media. With the exception of cases when such a demonstration is part of an artistic intention that provides for an assessment of the abnormality of homosexuality. Saversky also asks Vladimir Putin to consider the issue of recognizing homosexuality as a disease at the international level.

On his page in LiveJournal, Saversky expressed outrage at the fact that "young people in the subway are already kissing." “I do not agitate, but is it possible for Kuprin to create houses-tolerance, mine is an effective way to combat homosexuality (the author’s punctuation and spelling are preserved, - Ed.)?” Readers offer their solutions to the problem of the League of Patients. This topic should be discussed by the state with the participation of experts - scientists, teachers, doctors, lawyers, etc. "Perhaps your proposal will be one of the solutions," he added.

Recall homosexuality was excluded from the ICD - 10 (International Classification of Diseases) 23 a year ago, and only the following positions remained in it:

By the way, the President of the Patient Advocates League also proposes to fight homosexuality through the creation of "mothers' councils", which "would assess the impact of the decisions of the state and other authorities on the lives of families and children." In addition, Saversky predicts to create in the state "an ideology of caring for a person, close to the maternal one, in order to create a caring state, as a new paradigm different from liberal values, where everyone is for himself." According to Saversky, the initiatives proposed by him will help to create a “caring state”.

Recall last spring the question of whether homosexuality is a disease or not, asked the Minister of Health of the Russian Federation Veronika Skvortsova. The head of the department answered the question evasively, but did not call homosexuality a disease. She added that she does not welcome same-sex relationships, but she treats them calmly.

Ctrl Enter
Noticed oshЫbku Highlight text and press. Ctrl + Enter
We are
About Stalin and KhrushchevWhat you didn't want to know about England
Military Reviewin Yandex News
Military Reviewin Google News
156 comments
Information
Dear reader, to leave comments on the publication, you must sign in.