March 23 2011
4
By launching military operations against Libya, the United States was able to get not only the support of the majority of the members of the NATO bloc, but also to get the neutrality of China and Russia they needed. At the same time, the press got information that Russia could even support the resolution, which the UN Security Council eventually adopted, but ultimately decided to abstain. A day before the adoption of the resolution, which opened the way for a military operation, Vladimir Chamov, Russia's ambassador to Libya, was dismissed. It is reported that until recently he was holding the side of Muammar Gaddafi. This approach to the problem allows to kill two birds with one stone - to strengthen its relations with the West and NATO and, if possible, to preserve its assets of Libya after the overthrow of Gaddafi.

In developing a military operation against Gaddafi, Washington took into account the negative experience that had been gained during the overthrow of another dictator - Saddam Hussein. Notably, that operation began exactly 8 years ago, 19 March, 2003. Then the United States launched the operation, without enlisting the support of the UN Security Council and having only three countries as allies: the UK, Australia and Poland. The conduct of that operation caused outrage around the world, and even despite the fairly quick defeat of the Iraqi army, it seriously harmed the success of the entire campaign.

This time the United States decided not to step on the same rake and from the very beginning made it clear that if a military operation began, Washington would not be a soloist in it. The Steering Committee of the State National Security Council represented by CIA Director Leon Panett, Pentagon chief Robert Gates and head of the Joint Chiefs of Staff Michael Mullen at the 9 March meeting gave Barack Obama recommendations to refrain from conducting a military operation until NATO and the UN will come to a common denominator.

Then many thought that the forceful version of the overthrow of Muammar Gaddafi put an end to - to imagine that Russia and the People's Republic of China, which have veto power in the UN Security Council, would not block a resolution that would open the way to a military operation, was very difficult. However, in the end, this is exactly what happened, and Moscow and Beijing abstained from voting on resolution 1973, thereby in fact expressing their consent to conduct a military operation. 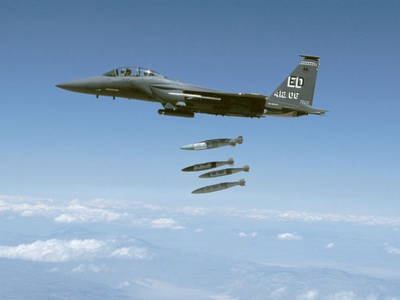 As a result, in contrast to the situation 8-year-old, the United States was immediately able to attract many allies to the operation and secure with the UN mandate. Moreover, after the NATO Council in Brussels expressed support for the military operation, the campaign to overthrow Muammar Gaddafi increasingly resembled an operation to overthrow the Yugoslav leader Slobodan Milosevic. For the United States in this case, the situation turns out to be even more favorable than it was in 1999, when there was a clear camp in the world who were dissatisfied with what was happening in Yugoslavia, which was headed by Moscow, but this time Russia did not prevent the beginning of the military operation.

This position was not so easy for Moscow. While the West was developing military intervention in the affairs of Libya, Russia was considering several options for its actions. Russian President Dmitry Medvedev at one point was even ready to accept a UN resolution with the number 1973, while the Russian Foreign Ministry seriously argued about the possibility of imposing a veto and blocking this resolution. As a result, the parties came to a compromise, and Russia abstained from voting.

In the Kremlin, however, these discrepancies were quickly refuted. Presidential spokeswoman Natalya Timakova made a statement that Russia's position on this issue has always been one and remains that way now. Russia has condemned and continues to condemn what Muammar Gaddafi is doing in relation to the country's civilian population; we have no differences about this with the West. The policy of the colonel is contrary to all conceivable international norms, which is why Russia previously supported sanctions against Libya and Gaddafi and his family personally.

This position became decisive in the decision of the Russian authorities not to impose a veto on the 1973 resolution. At the same time, Moscow did not support the document, since it was against the military scenario, which is now unfolding in Libya. Russia did not change its position on the evaluation of the actions of the Libyan regime, but does not welcome the use of force to solve this problem. The position of Germany, which also abstained from the adoption of this resolution, is similar to the Russian one. Both countries have quite definite questions - what will the military operation lead to, and what will happen next? What kind of opposition forces in Benghazi, for which the Western community decided to stand up? Answers to these questions have not yet followed.

Interestingly, before the UN’s voting itself, our ambassador was sent to Tripoli, Vladimir Chamov. Most likely, the decision about his resignation was made not at the Foreign Ministry, but at the Kremlin, where the behavior of the diplomat was considered inadequate to the current situation. Instead of protecting the interests of his own country, the ambassador broadcast the interests of a foreign state to Moscow, a version of the ambassador’s resignation led by Kommersant. 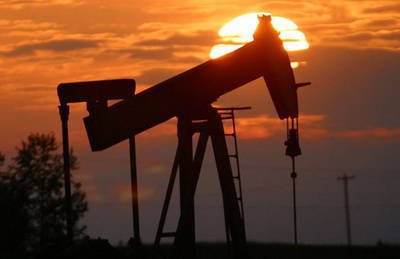 The ambassador could suffer because he forgot about the foreign policy attitude that was given by the president of the country to our diplomats at a meeting with representatives of the diplomatic corps in July 2010. Speaking about the importance of democratic processes in Russia, Dmitry Medvedev stressed that Moscow should contribute to the humanization of social systems not only at home but also in the world. The interests of Russian democracy contribute to the largest possible number of states that have chosen the same path of development, Dmitry Medvedev said at the time. Having made a reservation that such standards can not be imposed on any state unilaterally. In this case, the behavior of Russia, which on the one hand condemned the leadership of Libya, and on the other did not support a military solution to the problem, fits into this difficult to implement scheme.

Immediately after the first reports of civilian casualties appeared, a statement appeared on the website of the Russian Foreign Ministry, in which he called on the participants of the military operation “to refrain from the indiscriminate use of military force”. Thus, Moscow automatically distanced itself from the possible negative consequences of a military operation in Libya, including possible casualties among civilians. (The Foreign Ministry of China made a statement in the same vein). Such a tactic, which was chosen by Russia in the conflict, is likely to allow it to extract quite definite dividends from it.

Some positive trends have already emerged. First of all, this crisis has allowed our country not only not to spoil, but also improve relations with the West. And this means that the operation to overthrow the dictator will in no way affect the outlined "reset" of relations with Washington and will not disrupt cooperation with the EU and NATO, which has begun to improve under Dmitry Medvedev.

In addition, without becoming an obstacle to the overthrow of Muammar Gaddafi, Russia has the right to hope for gratitude from the future government of the country, which will come to power in Libya after the overthrow of the dictator. Russia does not want to lose multi-million dollar contracts with this state, which were signed by Rosoboronexport, Russian Railways, and Gazprom. And Moscow can count on a favorable outcome under these contracts, because even in post-war Iraq, Russian companies could still get a number of deposits for use.