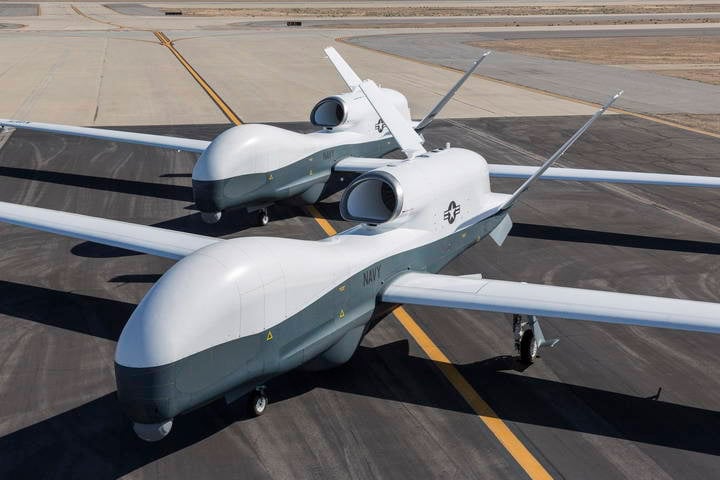 The new titanic drone with a wingspan like the Boeing 757 is preparing to take on the duties of a scout for the US Navy.


Northrop Grumman and the US Navy have just completed the ninth test flight of the Triton drone, an improved version of the Global Hawk drone.

With a wingspan of 40 meters, Triton will deliver real-time reconnaissance data from its sensors, which are surveyed in 360 degrees over 2000 nautical miles.

And if he needs to look at something closely, the unique protection against lightning and icing will allow Triton to pass through the clouds for close observation and automatic identification of ships. And in the last tests, the drone also showed an excellent ability to recover from imbalances caused by turbulence.

Although Triton has a higher degree of autonomy than most other drones, ground operators can receive highly detailed images from it at any time, use a radar to detect targets, and deliver important information to other military units.

To date, Triton has completed flight tests with a duration of 9.4 hours at an altitude of 15 kilometers. According to Northrop Grumman, he is able to stay in the air for up to 24 hours.

Under the terms of the original 1.16 contract for a billion dollars from 2008, the US Navy ordered 68 UAVs MQ-4C Triton with expected delivery times in 2017.