Another year of struggle and resistance 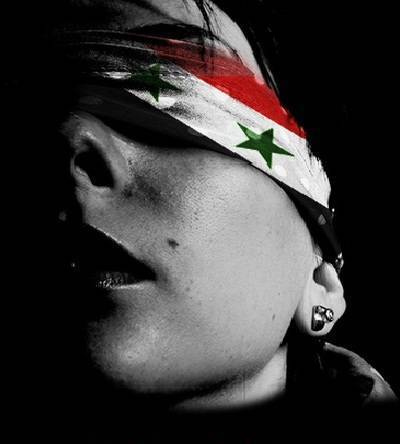 World celebrated the New Year, people drank champagne and believed in a better - and drank the bitter cup of Syria terrorist war unleashed by the imperialists and medieval monarchies led by the United States.


But right before the New Year, the Syrian army, with the help of the Ministry of Social Affairs and the state department for national reconciliation, managed to save thousands of inhabitants of the workers' town Adra. Many of these people are not the first time forced to relocate. They lived in the suburbs of Damascus - Jobar, Dareyya, Zamalka - and were already driven out by the “rebels” from their homes. Then they found shelter in Adra - but even there they were overtaken by misfortune.

Residents of the town, in spite of the terrible crime fighters and direct intimidation, found the courage to go to a protest in which they demanded that the militants cleaned away. They also chanted slogans in support of the Syrian army. In response to invaders opened fire on peaceful demonstrators, several people were killed and wounded.

It was after this tragic incident that the evacuation was carried out. But even escaping from the clutches of death, these people can not get rid of heartache ...

While in Adra remains a lot of people as terrorists use human shields. This greatly complicates the army raid.

These murderers, robbers and sadists have nothing to do with the Muslim faith. True Muslims celebrated Christmas with Syrian Christians. In the Cathedral of the Blessed Virgin Mary 25 December, a Christmas service was held, in which representatives of all denominations took part - both Christians and Muslims. The supreme mufti of Syria, standing under Christian icons, addressed the crowd and called for peace in the country. A teleconference with the Vatican was organized, where the Pope also prayed for the restoration of peace in Syria.

But the gangsters are gangsters that will defile any religion. And on Christmas Day in Damascus and in other cities of Syria, explosions of mortar shells were heard. On this day, the "oppositionists" killed an adherent of moderate Islam, the imam of the Al-Bashir mosque in the province of Damascus, Sheikh Firas Kraisan. His 18 year old brother Abdullah was badly injured. In Aleppo, militants bombarded Al-Jamilya and Al-Sulaymaniyah neighborhoods, as well as Saadallah Al-Jaberi Square with mortars. As a result, three people were killed, 10 injured.

The new year was also darkened by a series of crimes of the “democratizers”.

31 December was fired from mortars Christian Quarter Al Cassano. Three shells exploded near the school. One person was not able to celebrate the New Year, a few - have met him in the hospital.

The city Jaramana near Damascus, which also home to many Christians, fired bakery. Three people were injured.

In the city of Homs in the Al-Mahatta three people, including a pregnant woman, were killed in the same way as terrorists.

Between Damascus and Homs came under sniper fire taxi passenger who was traveling on the highway. As a result, one of her passengers died. In the city of Idleb in the quarter due to the released militants Dzhbara mortar shells killed one person, injuring eight residents.

As for the areas located in the north of Syria, where radical terrorists from Al-Qaeda-related organization Dzhebhat An-Nusra reign, they have banned the celebration of the New Year there.

The only state that strictly banned all New Year's celebrations this year was Saudi Arabia. It turns out that extremists in Syria joined this ban, which once again proves that Saudi Arabia sponsors and inspires "fighters for democracy". "Democracy", in which you can not rejoice at the holiday ...

The next day, January 2, when the New Year celebrations continue in the world, in Syria in the metropolitan area of ​​Mezze, Al-Mu'asat hospital was attacked by gangsters, three people were injured. In the province of Hama in the village of Ar-Rabia, a woman and her two children died. Another six people were injured - also as a result of terrorist attacks.

On January 5, the city of Jaramana was again fired from mortars. And in the city of Hasakah, the terrorists laid a "hellish car" under the bottom of one of the cars parked near the mosque "Al-Salam" ("Mosques of the World"). One child and two adult citizens were injured.

In these days of Christmas terrorists particularly manifested themselves in the struggle with infrastructure of the country. Special hatred raised their power plants, power transmission towers, pipelines, thermal power supply. Bandits want to leave people with no light in the literal sense. As a result, a series of sabotage people do not just sit without light, but also no possibility of an electric heater to keep warm this winter is not warm weather.

Continuing crimes against workers. 4 January bandits attacked a team of repairmen in Aleppo, who were engaged in the restoration of damaged networks. Two electricians were injured.

Despite all these difficulties and sufferings, Syria met the New Year. The country lasted even 12 months in an unequal battle, in unbearable conditions, under the blows of neo-colonialists and new fascists. Although many Western, American and Middle Eastern rulers were waiting only for the "keys to Damascus." But they did not wait. 2013 year again became a year of struggle and resilience.

Ctrl Enter
Noticed oshЫbku Highlight text and press. Ctrl + Enter
We are
Zakharchenko in Debaltseve: "This city for us is a symbol of resilience, a symbol of struggle"The next storming of Damascus ended with a new zilch
Military Reviewin Yandex News
Military Reviewin Google News
26 comments
Information
Dear reader, to leave comments on the publication, you must sign in.