"Eurasian Balkans": what awaits us there in the coming months 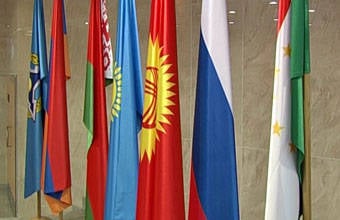 In the Central Asian region, which the old Brzezinski called the “Eurasian Balkans”, next year we expect, if not a political crisis, then a significant change in the balance of power. The United States is withdrawing troops from Afghanistan. They deduce, without solving either military or political tasks set before the operation. The country is going on and will continue on a civil war. The 2014 intrigue of the year is only about who is situationally stronger: the Taliban or the cartel of drug traffickers in Kabul, considered the official government.


All this will affect the Afghan neighbors, who should prepare for the revival in the export of Islamic radicalism, heroin, political instability and American military experts (the latter will probably linger on the transshipment bases).

Central Asia is under special threat. The region is associated with Afghanistan at the ethnic and kinship level, the border is transparent. This is about bad.

On the other hand, change opens up new possibilities. Those forces that are ready to fill the emerging vacuum of order, stability and civilization are unlikely to have competitors. And the Customs Union may well become such a force in Central Asia.

Kazakhstan as a guide for the entire region

The economic successes of Astana have long been the subject of the wary attention of Central Asian neighbors. 2013 didn’t bring any surprises in this sense: Russia’s ally and one of the founders of the Customs Union continues to demonstrate that economic well-being largely suppresses the problems of both Islamic radicalism and anti-government nationalism. That is, those diseases that for the poorer countries of the region are at risk of being fatal.

Even the talk about the candidacy of Nursultan Nazarbayev’s successor, which intensified in 2013, does not create the impression that the discord in leadership may turn into a split of society. Kazakhstan is stable. Kazakhstan maintains a policy of economic integration, which, as shown by a number of 2013 agreements of the year, will be complemented by military integration.

At the same time, among local elites, there are increasing ambitions, which are expressed in the growth of discontent with the status of Russia's junior partner. Most likely, this is a long-term trend. It is in the common interest to redirect these sentiments from claims against Moscow to the strengthening of Astana’s foreign policy. Kazakhstan can be an equal ally of Russia in the Central Asian region. But for this, the country's leadership must make efforts comparable to the Russian ones.

It is appropriate to apply a common approach to Bishkek and Dushanbe, because the two neighboring republics are very close in terms of the complex of problems and tasks facing them. Kyrgyzstan and Tajikistan are poor in natural resources, and in general are poor. Their peoples have largely been integrated into the Customs Union. The labor migration of Tajiks and Kyrgyz, which had previously been spontaneous, has now become a network structure, the quality of work of which far exceeds other forms of interstate cooperation.

The ruling apparatus as a whole also agrees with participation in integration projects under the auspices of Russia. The problem is that the leadership of both countries hardly controls the local elites, some of whom do not accept interaction with Moscow in any form.

Management difficulties are imposed on the disastrous economic situation and the inability of the capitals to do anything to improve it, except to not interfere with the smuggling from China and drug trafficking from Afghanistan. All this in a complex and was the reason that the possibility of joining the Customs Union of Kyrgyzstan already in 2013 year remained unfulfilled. Accordingly, the dates of Eurasian integration are postponed for Tajikistan.

However, there is no alternative. There is hardly any reason to believe that Tajikistan and Kyrgyzstan will be able to overcome instability, relying on any other forces besides the Customs Union. Yes, Central Asian leaders somewhat simplifiedly understand the mechanism of obtaining benefits for their countries in exchange for the fact that they are oriented towards Russia. If you can call it open extortion. This circumstance interferes with the interaction, but the integration process itself does not in any way cancel.

We have no reason to expect that Tashkent will want to change its distrustful attitude towards the Customs Union. In the last days of 2013, Uzbekistan ratified the Agreement on a free trade zone with the CIS countries, but we should not forget that a year earlier, Islam Karimov made a decision to withdraw from the CSTO. Official Tashkent purposefully builds special relations with the United States to compensate for Russia's influence in Central Asia.

In particular, next year Uzbekistan plans to receive NATO troops that are leaving Afghanistan. The Alliance is going to use the territory of the republic for the transit of personnel and cargo to Europe. But it is possible that the army may linger here. And along with the army, there is also a large staff of intelligence officers, experts and consultants, fighters and heads of special forces. Will they sit around in a country that has an extremely advantageous geographical position? Recall that Uzbekistan borders with all the republics of Central Asia, as well as with Afghanistan.

American intervention can break the traditional multi-vector nature of Tashkent. At the end of 2014, the presidential election campaign should begin in Uzbekistan, and there is no clarity with the successor of Islam Karimov. After all, the current president in January marks 76 years. Whether he will go on to the next term or offer the society some other option - neither does not insure Uzbekistan against the scenario of the “Arab spring” if the Americans suddenly decide to blow up the region.

This republic, the farther, the more acquiring the features of the traditional Eastern despotism, since the beginning of the 90-s adheres to the fundamental neutrality in all international issues. Neutrality is guaranteed by huge reserves of natural gas. Local elites enjoy the sovereign right to sell it and are not going to cede it to any external forces in the foreseeable future. Accordingly, integration projects in Eurasia are not of any interest to Turkmen.

It is unlikely that they will be frightened by the possible activation of armed formations in Afghanistan after the withdrawal of NATO troops from there. Since the 90-s, Ashgabat has maintained a strong, even relationship with the Taliban and the Northern Alliance. In addition, the government of Turkmenistan adequately finances its own armed forces, counting on them in difficult times.

It is obvious that the solution of the Turkmen issue, which is the direction of gas transport flows, lies through the interaction of the Customs Union with Iran and Turkey - the most important political partners of Ashgabat, along with Russia. But this task is already beyond the horizons of 2014.

Ctrl Enter
Noticed oshЫbku Highlight text and press. Ctrl + Enter
We are
Why the West needs RussiaBattle without a win
Military Reviewin Yandex News
Military Reviewin Google News
112 comments
Information
Dear reader, to leave comments on the publication, you must sign in.