Estonian Minister of Defense calls on American troops to settle in the Baltic States, or How Reinsalu marks as NATO Secretary General

January 9 2014
102
Russophobia, brought to the phenomenal extreme, continues to control the minds of Baltic politicians. One of those politicians who even the fact of the neighborhood with Russia of the state of their own residence doesn’t sleep well is, for example, the Estonian Minister of Defense, who has already been mentioned on the pages of the Military Review, Urmas Reinsalu. The other day, the main “defender” of Estonia went to Washington to participate in the forum at the Center for Strategic Studies, where he was noted to be truly outstanding for the policy of the state, which is positioning itself as an independent thought. Reinsalu stated that he would be very happy to see the presence of American troops in Estonia on a permanent basis. At the same time, the Estonian minister cited the following argument: according to him, the Baltic region is one of those territories where the military-strategic component is not in favor of NATO. 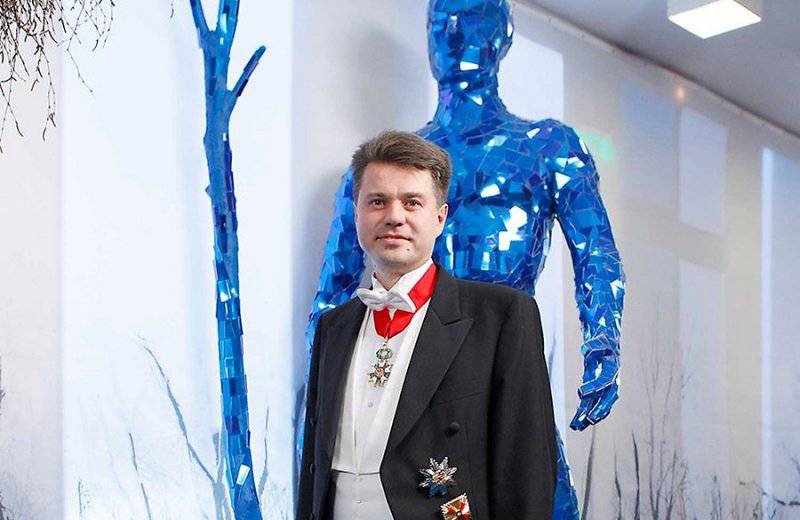 The argument of Urmas Reinsalu was continued by him. He noted that if about a hundred thousand servicemen took part (according to his calculations) in the recently held joint exercises of Russia and Belarus “Zapad-2013”, then the NATO exercises were much more modest. It was about the November NATO military maneuvers "Steadfast Jazz 2013". These exercises were conducted on the territory of Poland and the Baltic republics, and about 6 of thousands of servicemen took part in them - mainly from Poland and France. That is, it turned out that Mr. Reinsalu seemed to complain to his American masters that the Poles and the French were not so active in defending the "sovereignty" of Estonia and other "young members" of the North Atlantic Alliance, as they themselves would like. They say that there is an urgent need to change something, and if the European "allies" do not burn with a special desire to fight for the rampage militarily against Russia, then this means that the Americans must say their weighty word on entering this contingent in Estonia and entrenched in its territory on an ongoing basis.

However, this Reinsalu decided not to stop. Obviously, making it clear that, as a result of the direct neighborhood of Estonia and Russia, he personally has to change his underwear several times a day (perhaps because of his great love for Estonian sovereignty), the defense minister said that nuclear deterrence plays a huge role for NATO today. Apparently, Reinsalu hinted Washington in such a special way that official Tallinn would not at all oppose the deployment in the Baltic territories of what he (Reinsalu) understands nuclear deterrence systems.
It is noteworthy that when the US Secretary of War was asked about the role of NATO in the recent bloody conflicts in the US, Reinsalu, confused in English-speaking words, said that NATO is a true example of human dignity, and all the actions of this organization are justified by humanitarian considerations and ideals of freedom.

It is worth recalling that Reinsalu is one of those Eastern European politicians who was more outraged by Russia's intentions to mark Iskander OTRK on the territory of the Kaliningrad region. Reinsalu discussed this topic in the United States with his American counterpart Chuck Hagel. A press release issued by the Pentagon press service says that Hagel took Urmas Reinsalu and discussed with him the state of affairs in Afghanistan, as well as a quote:
joint interest in working together with other Baltic countries in support of regional cooperation, interaction with allies, cyber defense and long-term defense modernization.

The US Secretary of Defense, as noted, praised Estonia’s commitment to maintaining a high level of spending on national defense. To this, the Estonian Minister of Defense responded with a phrase that has already become a duty officer for him: today's expenses for the army are investments in a peaceful life ...

By the way, Hagel had no reason to mention “maintaining a high level of spending” on Estonian defense. The fact is that his interlocutor announced the departure of a number of NATO countries from large-scale financing of military projects and their own defense. According to him, only 4 of the alliance states allocate more than 2% of their GDP for defense: in addition to Estonia and the USA, this is the United Kingdom and Greece. At the end of his speech, the Estonian minister literally reproached his alliance colleagues for not wanting to invest in the defense of NATO:

We should be aware of the fact that reducing spending on state defense calls into question the military capabilities and political reliability of NATO.
Well, simply not an Estonian minister with chronic Russophobia, but a real candidate for the post of NATO secretary general. Whether Anders Fogh Rasmussen beats Mr. Reinsalu, because 30 September 2014 of the year the powers of the current head of the North Atlantic Alliance expire. So what? - for NATO, Urmas Reinsalu with his stable anti-Russian stance and his desire to curry favor with the main sponsors of the Baltic "exclusivity" is just an ideal option: he will not have his opinion, he saw material for NATO - malleable, he saw a rifle with his own eyes ... Yes, and work on American aid which is conducted in respect of Estonia under the FMF and IMEF programs is also time. So "call" under the banner of this gentleman may well be. Yes, and Reinsalu himself, apparently, did not mind trying on a new uniform ...

For your information:
Urmas Reinsalu was born in Tallinn in 1975, 22 June (not at four in the morning? ..). In 1997, he received a law degree from the University of Tartu. He is the Minister of Defense of Estonia and the head of the right-conservative nationalist party in the country. Reinsalu is a member of the volunteer militia formation of the Estonian Defense Union. Engaged in active glorification of Estonian SS veterans.