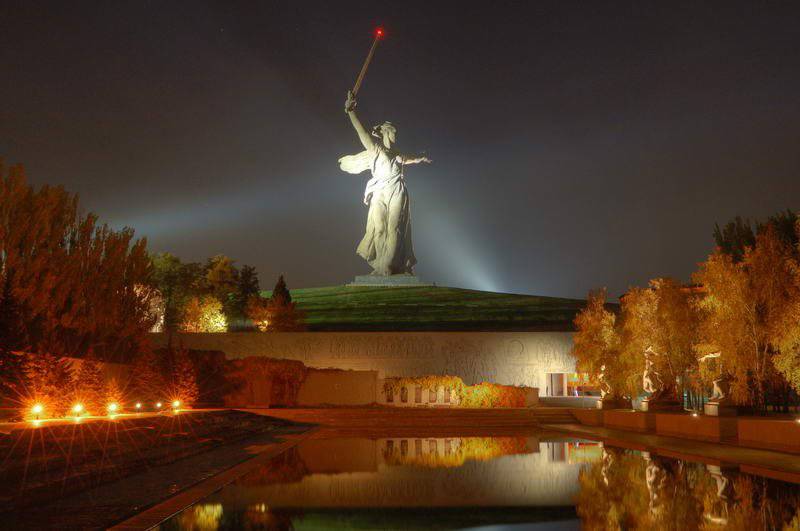 Stalingrad is on fire again. Two flashes on the streets of the hero city replaced the Russians with New Year's fireworks. The tragedy forced the authorities and society to rethink security problems and ways to counter terrorism. How to protect yourself from "live bombs" if they, under the guise of a peaceful inhabitant, penetrate to any object of civilian infrastructure (railway station, trolleybus, subway)?

The sounded proposal to impose the death penalty on the article “terrorism” seems to be a mandatory, but not very effective measure: zombies with brainwashed consciously go to their death and do not spare either themselves or their victims. One "supreme measure" is clearly not enough.
To punish relatives and friends of suicide bombers? But fanatics renounce their families when they go to their new owners.

Taking DNA samples from potential “black widows” (wives of dead militants) looks like a futile and senseless exercise. Are we going to clone them? 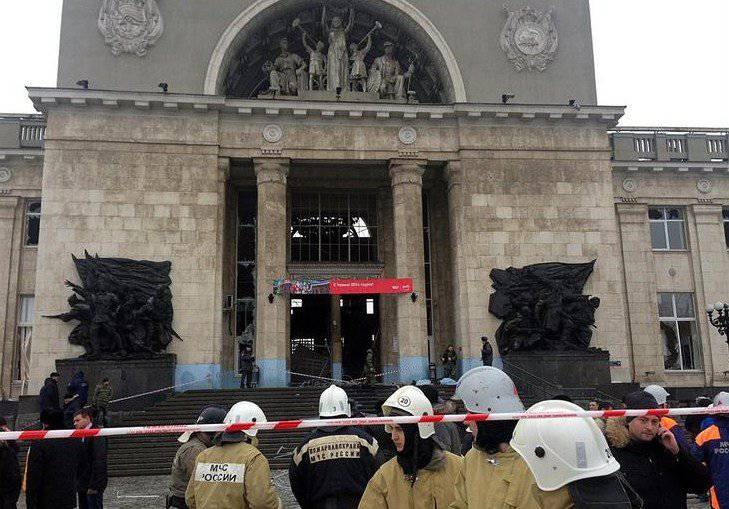 Millions of compensation to victims and victims of terrorist attacks. Evacuation of seriously wounded aircraft EMERCOM to Moscow ... By the way, why to Moscow? Why in the million city, where, according to A. Prokhanov, the “spiritual womb of our world” is located, there were no hospitals, doctors and equipment to assist the victims? Sounded discordant news from the other end of the Earth: in the small French Grenoble, the second most complicated neurosurgical operation, Michael Schumacher, has already been carried out - they do everything on the spot, they are not taking to Paris.

All these are rhetorical questions that do not require an answer. Much more important than the other.

No modern technical means can prevent tragedy. Security cameras may assist in the investigation of the attack, but as a rule, they are useless until the moment of the explosion. The framework of metal detectors at the entrance to airports, train stations and crowded places are more likely a psychological measure of protection against thugs: there is neither time nor opportunity to carefully search every bag. 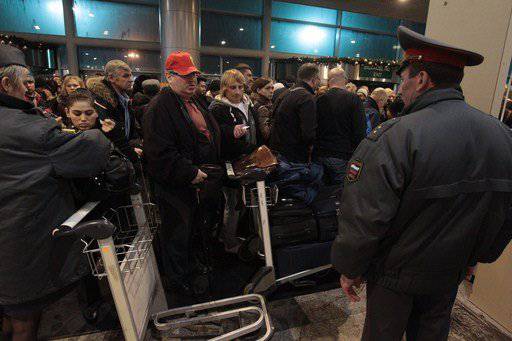 According to a number of experts in the fight against terrorism, the framework of metal detectors and a thorough examination of each passenger can play into the hands of suicidal fanatics. There is a huge queue in front of the frames - an ideal goal for a shahid. Much more effective is the use of numerous agents in civilian clothes: observers and psychologists calculating people with suspicious behavior in a crowd (in the photo - the queue at the entrance at Domodedovo airport, 2011 year)

Two terrorist attacks. 33 dead. More 60 injured. The number of victims and victims could increase significantly if the bomber could penetrate the crowded waiting room of the Volgograd railway station.

Fortunately, this did not happen. Where the anti-terrorism specialists made a mistake, where the supertechnician could not help, Dmitry Makovkin got in the way of the cannibal overloaded with explosives. Senior sergeant of a separate company of PPP of the Volgograd linear department of the Ministry of Internal Affairs of Russia in transport.

On that fateful day, an 29-year-old police officer served as part of a patrol that provided security at the Volgograd railway station. It was he who blocked the way to a suspicious person and asked him to present things for inspection. In response, the terrorist became nervous and detonated an explosive device. A shockwave of terrible force ripped 4-meter doors from its hinges and threw them out onto the station square. Killed all who were nearby in the lobby of the station. It is terrible to imagine what could have happened if the bomber had blown up not at the entrance, but near a large crowd of people.

Heroes of our time

Dmitry Makovkin was born in the village of Garden in Kalmykia in 1984, graduated from Volgograd Polytechnic College in 2004. After serving in the army and enlisted in the police. In 2013, he switched to linear transport management. It is known that he was not married yet. He was in good standing with the management, for the nine years of service in the police had 10 rewards.

On that fateful day, Dmitry least of all wanted to become a hero. Surely he, like everyone, was expecting a speedy holiday and dreamed of meeting with the one she had already made an offer. Senior sergeant Makovkin did not pursue military feats - he just honestly performed his official duties. But in another way he could not. 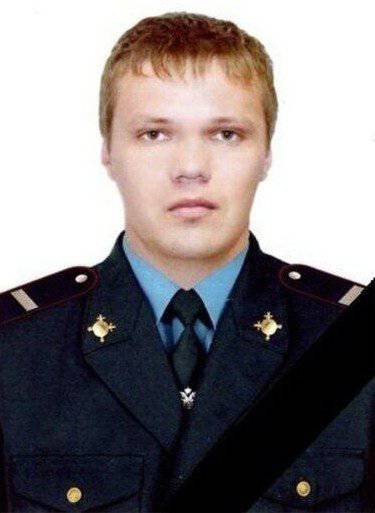 - He was a reliable companion, we served with him with 2008 of the year. He never sat out, did not hide, could not pass by injustice.
- Vladimir Perepelkin, commander of a separate company of PPS, Volgograd LU Ministry of Internal Affairs on transport

Together with a policeman at the post at the entrance to the rear station, two employees of OJSC “RDZh” died - inspectors for inspection of hand luggage and baggage Sergey Nalyvayko and Denis Andreyev. All these people, without knowing it, stopped the murderer, paying for it with their own lives.

- It was Dmitry Makovkin and Sergey Nalyvayko who tried to stop this freak (otherwise I can’t say) who carried the explosives to the station building. If not for them, there could be much more victims. Dmitry tried three times to transfer to the transport police, and he was refused, because he was a very good employee, they are not allowed to go. We, the FSB, the investigative committee and the police, are doing everything we can to put these scumbags, who have caused so much grief, into the dock or destroy.
- Head of the State Department of the Ministry of Internal Affairs of the Volgograd region Alexander Kravchenko

On January 2 in Volgograd they were saying goodbye to the policeman who died during the performance (S. Nalyvayko and D. Andreev were buried a little earlier - December 31 and January New Year's 1).

A triple rifle salute rang out over the Dmitrovsky cemetery of Volgograd - the soldiers of the Volgograd company of the guard of honor gave the last honors to the hero. A 400 man came over the grave of a sergeant: in the new year, who promised to be the happiest in his life, everyone who knew him and loved him said goodbye forever.

For the heroism shown in the performance, senior sergeant Dmitry Makovkin was presented to the Order of Courage (posthumously).