Russia has an hour to stop the attack on Libya 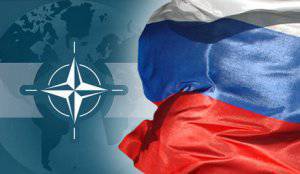 Russia shamefully did not use its veto power and, in fact, allowed the war of the American-French-British "troika" against Libya.

No matter how pitifully Vitaly Ivanovich Churkin, then you and our permanent representative to the UN, his (that is, the Russian Federation!) “Abstaining from voting” de facto means encouraging the war in Libya and the UN entering the civil war on anti-government rebels.

Ultimately, this means not only that Libya was queued up from the wars against Yugoslavia, Afghanistan and Iraq, but also that the next time Churkin may well have to vote on the support of some of the Caucasian-capital “rebels” in the Russian Federation itself.

And the winning "troika", selling through the UN Security Council, has happy efforts.

Reformatting the western part of the American gas station in the Greater Middle East is in full swing. Kosovo will be made from the eastern part of Libya, and, in accordance with the proven technology, next year there will be another giant American base-city like the Kosovo Bond-steed (or now Bagram in 40 km from Kabul).

After all, the construction of military bases is the main goal of the crocodile “protection of civilians”. And along with the base or network of bases, like in Afghanistan and Iraq, a new global traffic of drugs and extremist terrorists will arise, since these “by-products” inevitably appear along with the new bases “in one bottle”.

Libya will be an important stage in the approval of the new voluntary democratic imperialism.

The Bible of the organizers of the global hyper-Empire is the little-known, but powerful 2001 book of the time, Assistant Secretary of Defense and Overseas Affairs of the United Kingdom Robert Kooper, “Postmodern State and World Order”.

According to Cooper, we live in an era when there are at the same time pre-modern, modern and post-modern states that make up the three corresponding “worlds”.

The main first world of the elect is the postmodern or post-modern world, which is characterized by "complete destruction of the distinction between internal and external affairs", "mutual interference in what used to be traditionally considered exclusively internal affairs and mutual oversight." This world neglects the outdated inadequate principle of the “rejection of force to resolve disputes”.

Leading representatives of the postmodern world came to light today when US President Barack Obama, British Prime Minister David Cameron and French President Nicolas Sarkozy, discussing the adoption of a resolution by the UN Security Council, "agreed that Muammar Gaddafi should immediately stop violence against the population and agreed to coordinate all further actions."

The third world — pre-modern or pre-modern — is represented by typical “failed” or “wrong” (from the postmodern position, of course) states like present-day Libya.

Between the postmodern and premodern are the “correct” modern states - those communities that have learned to organize the nation state that is most famous in recent 300 years.

In the situation of the presence of three such different "worlds", it is necessary, according to Cooper, to choose only between two types of world order — hegemony or unreliable balance. Consequently, one must certainly unequivocally choose hegemony as a more perfect type of world order and finally recognize that “what is needed today is a new kind of imperialism acceptable to the world of human rights and cosmopolitan values ​​... Imperialism, which, like any imperialism, aims to introduce and maintain order and organization, but which is based on the principle of voluntariness. "

This principle voluntariness is realized in the transition from the third pre-modern world to the modern world.

In fact, this theory, which, no doubt, has been adopted by the world of postmodern states, almost all the states of the world are placed in pre-modern, “wild”, and must, through devotion to hegemones and passing through nation-building patterns, prove their right become "normal" (modern).

A typical such state is, for example, Georgia, which after the “revolution of roses” became an absolute client of the USA and agreed to carry out all the procedures of transition to a “normal” modern state.

And here - the most difficult.

The actions of the Russian Federation around the situation in Libya unequivocally show that some very status people in our state also view Russia as still unfinished Georgia, share the principle of voluntary democratic imperialism and would also like to convert Russia into a “normal” modern country.

The whole secret of Russian politics today lies in answering the question of who specifically is the author of his own outstanding statement about Gaddafi, which March 1 transmitted to Interfax a certain “source in the Kremlin”: “We presume that even if Gaddafi succeeds in driving out the situation now deep down, he is a living political corpse that has no place in the modern civilized world. ”

Where does this “creative” and unacceptable bazaar expression in diplomacy “lively political corpse” about the head of a distant state, with which Russia has only $ 6 billion contracts and as many more debts? Where does this hypersexual desire to get "a place in the modern civilized world" ?!

This is the voice of that stratum in our “upper echelons”, which fully shares the principle of voluntary imperialism, and in the center of Moscow is eager to become Georgia, that is, the clientele of the post-modern world.

Here it is worth quoting the Great Soviet Encyclopedia: “Clients (lat. Clientela, from cliens — client, i.e. dependent, subordinate) —a form of social dependence that arose during the period of the decomposition of the clan and the folding of the early class system in ancient Italy among the Latins, the Sabins . Impoverished relatives and disenfranchised conquered or alien inhabitants of the emerging policies, individually or collectively, seeking the patronage of patrons from wealthy nobility, became their clients. Clients received the generic name of patrons, as well as land allotments, pledging to bear in their favor various duties, primarily military ... In the Republic Republic, the Clientele spread to freedmen, a large part of the Roman plebs and to the entire communities of Italy and the provinces dependent on Rome. ”

Hence, even in the current situation, the Russian Federation has a way out in the form of solving two problems:

The first. Identification of the author of a “living political corpse” and an adequate public assessment of his contribution to the undermining of Russian statehood.

The second. Urgent statement by the President of Russia on the inadmissibility of any military intervention in the civil war in Libya. Even a half-vulgar abstention in yesterday’s vote gives every reason for such a statement. Such a statement (simultaneously with the dismissal of the author of a “living political corpse” from the public service) would allow us to substantially restore the reputation of our country.

An emergency meeting of the NATO member countries has already begun in Brussels in half an hour. Russia has about an hour to stop another war of democratic voluntary imperialism.