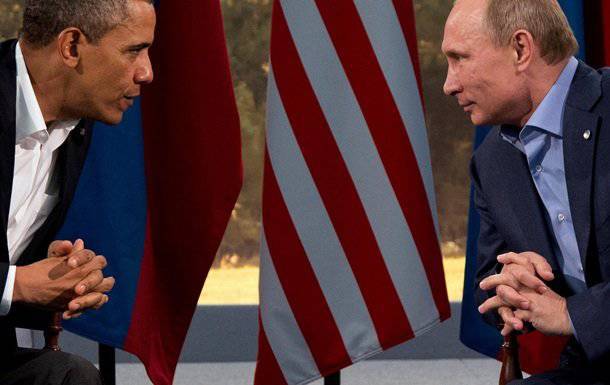 The Russian Foreign Ministry said: the United States violated the banking secrecy of Russian diplomats, trying to make them involved in medical insurance fraud. It is about trying to blacken our citizens, to make them criminals in the eyes of the western public. Moreover, the violation of the banking secrecy of our ambassadors is not the worst thing that could happen to them: the Americans threaten our compatriots with prison! Meanwhile, the US-initiated scandal is just a small piece of a geopolitical game that is unfolding before our eyes.

A criminal case has been opened against employees of the Russian consulate in the United States and their family members. For the sake of diplomatic interests and the preservation of good-neighborly relations, this problem would turn out to be quietly “hushed up”, as many countries do if it were not for the number of defendants: 49 people! All - the citizens of Russia. Such actions can be qualified as disrespect towards Moscow, savory spittle in our direction.

In general, the beatings of our ambassadors have become commonplace. Ours are beaten in Qatar and in the Netherlands. And the recent “spy” scandal in the United States, after which Anna Chapman was recognized as the sexiest spy in the world? Washington did not provide convincing evidence that our compatriots expelled from the States had at least some connection with the special services.

Now diplomatic representatives of Russia are accused of fraud. Consulate employees and their families are charged with an underestimate of income for the sake of access to cheap medical insurance. The accusation itself is absurd: the diplomat is not a rascal from Harlem, why should he cry? It would be understandable if one or two people were accused of fraud, but fifty are on the verge of repression and political persecution.

Fortunately, our compatriots managed to return to their homeland before the American “justice” machine began to work. The Foreign Ministry reports that the employees of the Russian consulate involved in criminal proceedings, the permanent missions to the UN and the trade mission will be in the Russian Federation until the situation is resolved.

It is curious that Russians are accused of crimes allegedly committed more than 10 years ago. According to Foreign Minister Sergey Lavrov, in Washington, they deliberately delayed the consideration of the case for such an enormous period so that the accusations sounded as loud as possible and gained substantial resonance. And one more remarkable moment: the charges were brought against our citizens by Preet Bharara, the federal prosecutor of the Southern District of New York, known for being one of the initiators of the extradition of Konstantin Yaroshenko and Viktor Bout to the United States. Preet Bharara is a famous performer of the political will of the White House, inquisitor of the 21 century. In time, we managed to withdraw our representatives from the States! It is hard to imagine what they would expect in the USA if they fell into the hands of the American "justice" system.

But who needs a provocation with our diplomats? Why hide them behind bars?

A large-scale amnesty is being carried out in Russia. Mikhail Khodorkovsky, Pussy Riot activists and Greenpeace members were released. Despite the apparent guilt of the convicts, the Kremlin makes concessions to Europe, hoping to maintain mutual understanding with European business partners. Moscow wants to defuse the international situation, the aggravation of which happened as a result of recent events in Ukraine. This is a very wise decision: it is possible to resolve the situation in Kiev without open confrontation with the European Union, finding common ground, even if they are on a different plane than the political situation in Ukraine.

Amnesty is only one of several measures aimed at finding a compromise with Brussels. In addition to it, other measures may be taken soon.

But Washington is unprofitable fast reconciliation of Russia with Western Europe. The White House is provoking the Kremlin to take drastic actions and wants a new round of political confrontation to begin. No wonder the opening of the criminal case against our diplomatic representatives coincided exactly with the amnesty of Khodorkovsky. If we, after the actions taken, give a symmetrical response, Western journalists will have a reason to call the current Kremlin leadership inconsistent. Say, "first released, and then - planted." It is obvious that Washington began the implementation of a grandiose and premeditated provocation.

To thwart reconciliation, the White House is ready to use all the political tools at its disposal. Whatever we do, the States will still take such measures, which are at odds with our actions and interests. We will be isolated diplomatically. By provoking a grand scandal and using it to cut us off from Western Europe, the United States will have an excellent opportunity to take the European Union under its control.

As you know, Eastern Europe already now serves as a kind of support for America in Europe, and the States will expand this platform so that countries like Germany and France will not be able to solve anything without the participation of weak Eastern European states. Therefore, America wants to include Eastern Partnership countries in the EU, which will also be loyal to Washington. If Russia quarrels with Europe, American political consultants will be able to pretty quickly shake the situation in Ukraine, as pro-Russian and pro-European politicians face head-on.

In addition, by upsetting the reconciliation process between Moscow and Brussels, the White House will be able to influence our relations with Europe. In this regard, the initiation of a criminal case against Russian diplomats has far-reaching goals, which concern not only us, but also our economic partners in Europe. If we start symmetrical proceedings with diplomats of the United States or any other country, then Western Europe, in solidarity with the States, may refuse to cooperate with us in certain areas of politics, economics, and public life. We will lose important partners. In contrast, France and Germany, having lost our support, will find themselves in economic (read: raw material) isolation.

Then Paris will be bad, and Berlin - even worse. Germany is very closely connected with us, we even have the levers of economic influence on Germany, and we do not use them only because of the honesty and reliability of our German partners. For us, replacing Germany with someone else is not a problem. Many European companies want to work with us, the competition for assistance in the development of mineral deposits is at a high level.

It will be even worse for France and Germany if the cooling of relations with Moscow coincides in time with the admission of new members to the European Union - the Eastern Partnership countries. Then the most developed countries of Europe will be in the minority and will be stupidly crushed by a mass of Eastern European countries loyal to the United States.

Thus, the White House uses the “divide and conquer” tactic familiar to it. Washington is going to interrupt the strategic economic partnership between Russia and Western Europe, stop the flow of investment in the Russian economy, and deprive Europe of its sources of energy resources. And if this cannot be done by conventional methods (embargo, economic intervention, the destruction of national producers), then Washington has to act indirectly, provoking Berlin, Paris, Rome to constant conflicts with Moscow.

The last scandal with Russian diplomats is only one of the drops in a sea of ​​lies. And prior to the initiation of a criminal case against our envoys, there were excesses that were arranged in such a way that Russia would always look in a bad light and react to events as painfully as possible for Europe. Similar incidents will be repeated in the future, as long as the States have a chance to cut off Western European countries from Russia, destroying possible economic and political alliances.

Ctrl Enter
Noticed oshЫbku Highlight text and press. Ctrl + Enter
We are
Family policy of Russia. Without a healthy family there will be no strong stateResults of the week. “And you, stupid, scoffed at me ... Here's a saying for you - don't wake famously, as long as it's quiet ...”
Military Reviewin Yandex News
Military Reviewin Google News
44 comments
Information
Dear reader, to leave comments on the publication, you must sign in.