December 27 2013
156
The first positions in the rate of population reduction in the entire post-Soviet space are retained by the Baltic states. The authorities of the above-mentioned states at the time stated that the population size would necessarily decrease at that moment when the “three Baltic sisters” would become members of the European Union. They say that at this stage, citizens rush to the "Schengen" to earn, but as soon as the "Schengen" comes to the Baltic States "with their feet," then no one will break anywhere, but feel "life in chocolate" at home.


Next year 10 will be exactly years since the aspirations of the authorities of Estonia, Latvia and Lithuania came true, and these states became EU members, but did this solve the problem of population outflow from the Baltic states abroad? Judging by the latest data on the state of affairs with the Baltic demography, the “Schengen” who came “with their own feet” did not become a panacea. 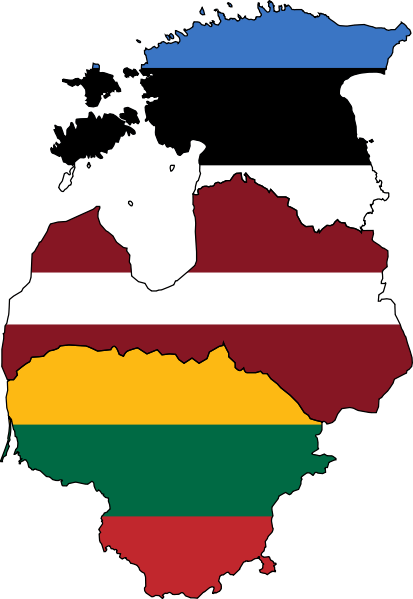 If we compare these values ​​with those of the sample 2004 of the year - the year when the Baltic republics were on the verge of joining the European Union, we get a picture of impressive demographic losses.

The number of residents of Estonia over the past 10 years has decreased by 4,7%, residents of Latvia - by 9,1%, residents of Lithuania - by more than 12%! These are significant losses that, with a minus sign, affect the Baltic economy.

The Estonian government, realizing that joining the European Union did not in the least influence the leveling of the demographic situation in the country, decided to offer the population new tales about when the Estonian demography would “shoot out”. The plot of the fairy tales was connected with the plans for the entry of a single zone of free circulation of the single European currency. The entry for Estonia into the eurozone took place on January 1 of the year 2011. However, over the next two years, the number of residents of the Estonian state ultimately not only did not increase, but did not even stabilize. Continued decline in population.

It is noteworthy that in the 2011 for the first time since 1990 in Estonia, the statistical services noted a minimal, but still population increase - within the limits of statistical error. Then it was an encouraging sign for the Estonian leadership. Like, we told you that after we are admitted to the euro zone, things with demography will go uphill. However, the authorities' joy turned out to be short-lived, because those people who decided to return from Europe and other countries to the gloomy Baltic shores, seeing that joining the eurozone only firmly set Estonia on eurocredits, again set off to seek monetary happiness abroad. So the demographic minus in 2012 in comparison with the previous year was immediately 3% - the absolute average annual record for the last decade.

Since 1 January 2014, Latvia is becoming a member of the eurozone, and a year later, Lithuania will join the strong and tied family of German and French euro loans a year later. If it were not for the Estonian version of almost three years ago, it would be possible to believe in Lithuanian-Latvian fairy tales “about the white bull”, namely about the demographic increase in these countries. Yes, only Estonian statistics says that neither Latvia nor Lithuania has any illusions about the return of citizens who have departed from them in different years to these countries, and even less about the birth rate boom, even in the most ambitious plans. Eurocurrency in the formula for the return of compatriots, as it turned out, is very very indirect.

By the way, if we continue the consideration of the demographic trend in the countries in question on the eastern outskirts of the European Union, we can single out one more remarkable fact. The current population of Estonia, for example, is equivalent in its numbers to that of the distant 1966 year. The number of inhabitants of Lithuania is comparable to the number of inhabitants of the Lithuanian SSR of the sample 1967 of the year. In Latvia, more interesting! Latvian 2013 indicators of the year are identically equal to indicators of the Khrushchev period of the 1959 year. That is, that 55 years ago in the "hated USSR", that now - in the "bright Euro-real."

In terms of birth rates on 1000 residents, modern Estonia (surprisingly!) Does not match the parameters of any of the years of documented demographic observations of the pre-Soviet and Soviet periods (from 1912 to 1990). In other words, never in stories Estonian state (before 1990) did not have such low birth rates as it did after gaining independence and joining the “new family”. The birth rate in Estonia today is about 11,3 people per 1000 residents. This is 2,9 points lower than 1967 and 1990 (the worst demographic point of view of the Soviet period for Estonia). Even worse birth rates in Estonia were only in the period from 1993 to 2006. This is about the perennial question of the Soviet "occupation" and "oppression" of the Baltic peoples by the Stalin regime ... Apparently, the "invaders" forcibly forced the Estonians, excuse me, to multiply during the time the republic was part of the Soviet Union. And, apparently, the Estonians are so tired of this that today they decided to "rest" ... Estonian grandfathers and fathers are tired - their children and grandchildren are resting, expecting that the European Union and children will supply with loans ... Although there is no reason to hope for the European Union even here Well, they did not learn (and thank God, of course) LGBT couples to give birth to children ...

It turns out that if the Baltic demographic statistics will not improve, and the space will become more and more, then the Baltic shores can be favored by guests from sunny states ... Afro-Estonians - without thinking ...

But the Balts, as it turned out, are waiting for the Russians again ... In a peculiar manner, of course, while by means of tourist variations ... They say, first tourism, and then suddenly someone decides to settle on the Euro-bank ...

Estonians, for example, have gathered to increase the tourist flow from Russia to their country by displaying original commercials that have already bypassed many resources. In the commercials, Russians are invited to go to Estonia to enjoy the beauties of this country. Only now the Russians have been decided (apparently, in order not to smear the impression of the West about their “non-affinity”) in a grotesque version - in the form of awkward matryoshkas who become disturbers of the Estonian tranquility. Some of the Russians for the Estonians were even offended for it - they say, why are they of us idols and ignorant people do? Yes, just to be offended by the Estonians to anything. Why? Well, after all, they themselves sign that we, the Russians, need them, no matter what. It is even more possible to say: they need ours again — a sensible “occupation” (since they like to use that word) —the new parish of Russians. They are already and we, and syak - and hints, and statistics, and rollers - they say, guys, let's do this as we do: we (Estonia) - as if Europe, as if with a mustache, as if we could manage with euro, but you come - do not hesitate, we will only picture you a little, so that THEY don't think anything. In general, make yourself comfortable and at home ...
Well, what - well done - the trend caught. Not at the government level, of course, but this is only the beginning ...

Ctrl Enter
Noticed oshЫbku Highlight text and press. Ctrl + Enter
We are
Migrants in the Land of the Rising Sun. Why is Japan bad with demographics and how can a country solve this problem?Republic of the former USSR. Latvia: years without “occupiers”
Military Reviewin Yandex News
Military Reviewin Google News
156 comments
Information
Dear reader, to leave comments on the publication, you must sign in.