Kaleidoscope of the world. 2013 Results of the Year 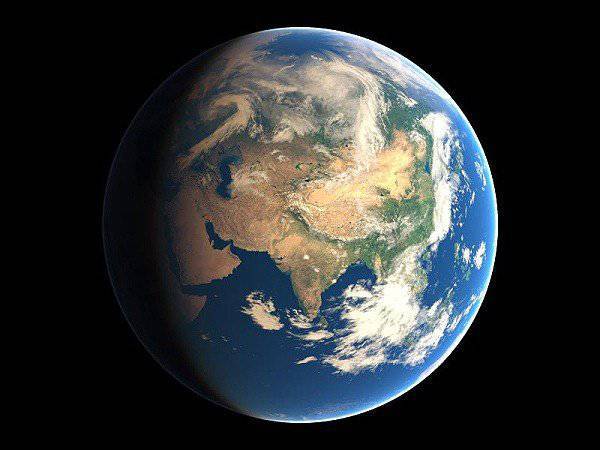 We live in a world full of information as hell, moving and changing. Every day in numerous news and analytical articles, thousands of qualified people painstakingly cover endless events - meetings - statements in the field of international relations. The information sphere is replete with catchy headlines.

By the middle of December, this fuss is fading a little: on the nose is the New Year, completely different worries, the festive spirit and mood are slowly infused into everyone. But despite the approaching holiday, many people are in a slightly depressed mood: they seriously reflect, sum up and ask:

Fortunately, such a winter pragmatically self-critical blues does not last long, and by the 31 number, an absolute monopoly of pre-holiday thoughts and moods reigns in the head: the smell of tangerines, the smell of Christmas trees, Bengal lights and sincere smiles.

However, if you go back to the debriefing and think more extensively, you can ask exactly the same questions, but from the perspective of the foreign and domestic policy of the Russian Federation in the 2013 year. In this sense, for Russia, the outgoing year is full of significant events in the foreign policy arena. It is reasonable to devote a few lines to each of these episodes.

The development of the situation in Syria is one of the highlights of 2013 of the year. In the civil war (or we will call it more correctly - the intervention of the West) came a turning point: talk about the "red line" and aggressive rhetoric from the United States gave way to reason.
The leadership of Russia managed to find a peaceful compromise in the settlement of the crisis, it was stopped that could ultimately turn into a major regional military conflict. The development of the peace initiative and its implementation together with the OPCW is a geopolitical triumph and de facto heralds the return of the Russian Federation as a great power to the international arena.

And of course, the Syrian army managed to clear a number of key cities and settlements from the militant contingent of mercenaries and terrorists. Without Western deliveries of “humanitarian aid” and financial injections, the opposition forces in Syria will not last long. Well, some bearded carriers of democracy are already beginning to return to their native Europe ...

The negotiation process on Iran’s nuclear program has been going on for years, and there has not been much progress in this area. But at the end of the year, a certain success was achieved, again, not without a Russian contribution to this business - another triumph of sensible and pragmatic diplomacy of the Russian Federation.

The United States, the European Union countries, Japan and Australia went back down and lifted the sanctions previously imposed on Iran. In this case, you can also talk about success. Russia consistently defends its position in the international arena and does not rush from one extreme to another. However, the nature of the results - they say, “hurray, victory, imperialism is retreating!” - so far it is not necessary to say.

Now there is a perception that Iran is moving towards a rapprochement with Washington and in the future, on the orders of the latter, can throw huge amounts of oil onto the market. So the price of black gold will collapse and a serious blow will be dealt to the Russian economy - a situation that is absolutely symmetrical with the collusion of Saudi Arabia and the United States in 1985.

It’s still premature to talk about the likelihood of such a development; there are no concrete facts on hand. However, we keep our ears open. Russia as one of the largest exporters of energy carriers cannot but be disturbed by the potentially dangerous situation on the oil market. As the sages said: “Expect the unexpected, and nothing will take you by surprise”.

Another curious episode. Like a bolt from the blue, the nightmare of public exposures of E. Snowden's “authorship” falls on the heads of the CIA and the NSA. It reveals the facts of surveillance of the “Big Brother” by the citizens of the United States (PRISM program), as well as industrial espionage of hearty friends from the EU, NATO brothers and some “less democratic” states.

The scale of intelligence activities angered European statesmen, but the very fact of spying on the United States is, in fact, not unexpected. This is another reminder to Europe: "The United States has no allies, but only vassals."

It can not but rejoice that the real damage was inflicted on the US-EU relations (especially through the US-Germany line).

In an effort to avoid a warm meeting with his native intelligence agencies, Snowden first went to Hong Kong, and only then - to the Russian Federation. However, in August 2014, the deadline for granting temporary asylum to Snowden in Russia ends. He faces an acute problem of obtaining another asylum - according to the latest information, he made such a request to Brazil.

It is still an open question whether E. Snowden was recruited by the Russian special services, or he was driven solely by his own enthusiasm and desire to shed light on the truth that is inconvenient for the United States. It is hard to say. But if a random event has clear geopolitical consequences, it is unlikely that it is so random ...

November 2013. Degree of social and political life in the country is overwhelmed immediately after V. Yanukovych’s refusal to sign a bonded association agreement with the EU. On the memorable Maidan rolled out "deceived, who stole the dream," Orangemen and Western provocateurs. On behalf of the so-called opposition, the trio is a part of Klitschko, Tyagnibok and Yatsenyuk.

There are still speeches on the streets, often under anti-state, nationalist and simply aggressive slogans. Here I would like to note the self-control and high professionalism of the Berkut police unit: the guys do their work with a bang, do not give in to provocations and behave as correctly as is generally possible in such conditions.

Against the background of these events, V.V.P. made an important step towards Ukraine: an agreement was signed on gas supply at a reduced price and on the provision of a loan in the amount of $ 15 billion. Already in December, Ukraine received the first tranche of 3 billion. This is much more than the promised so-called “assistance” from the EU, on much more favorable terms. Whether the vehicle will become a real alternative for Ukraine - time will tell.

2013 year was hot and in the sense of activating the defenders of the rights of all perverts, whose name - LGBT. One of the reasons for this was the law banning gay propaganda.

In June of this year, Vladimir Putin signed a law banning gay propaganda among children, which caused a wide resonance in the liberal press and condemnation from countries - “advanced” democracies.

Another point is that activists and organizations of the LGBT community have also repeatedly promised in one way or another to annoy Russia during the Olympic Games.

Interestingly, a number of high-ranking government officials have already refused to attend the opening ceremony, some openly associate this with "blatant violations of the rights of sex minorities."

It is important to note that today Russia is practically the only stronghold of traditional moral and family values ​​in the modern world. The official position of the Russian Federation on this issue is largely shared by ordinary citizens. In addition to being just right, this is also a very strong move in the information war.

In the outgoing year, one can still recall an extensive series of the most interesting episodes: joint exercises "West-2013", information hysteria under the law of Dima Yakovlev, presidential amnesty, the development of the case of Oboronservis, the Prirazlomnaya platform and the exchange of diplomatic clicks with Holland and so on.

However, do not try to embrace the immensity. The main result, after all, is that Russia has chosen a competent vector of foreign policy. I want to believe that we will witness the consistent strengthening of our country's positions in the international arena and will return the strength, prestige and greatness of the USSR lost in 90’s distemper.

By the way, ahead of us is waiting not only for the New Year. The Olympic Games 2014 in Sochi is a landmark event that should become a symbol of the beginning of good, correct changes and a new time for the Russian Federation.

It remains to heartily congratulate the people of Russia and the CIS countries on the upcoming New Year and wish next year all 365 days of happiness, so that each of them would be bright and festive, like splashes of champagne from the glasses of the Kremlin chimes. 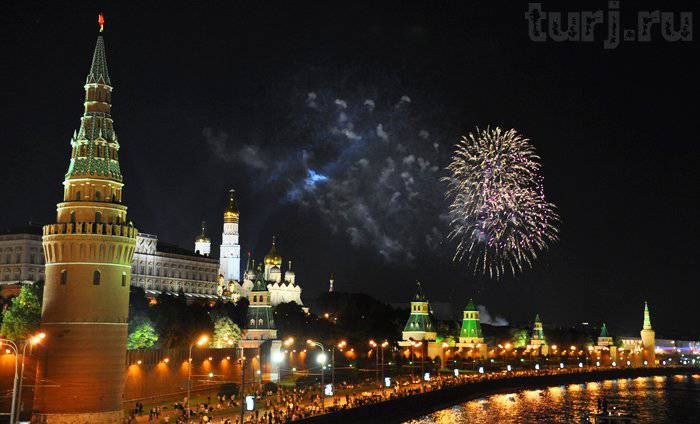