The war that the Prussian teacher won 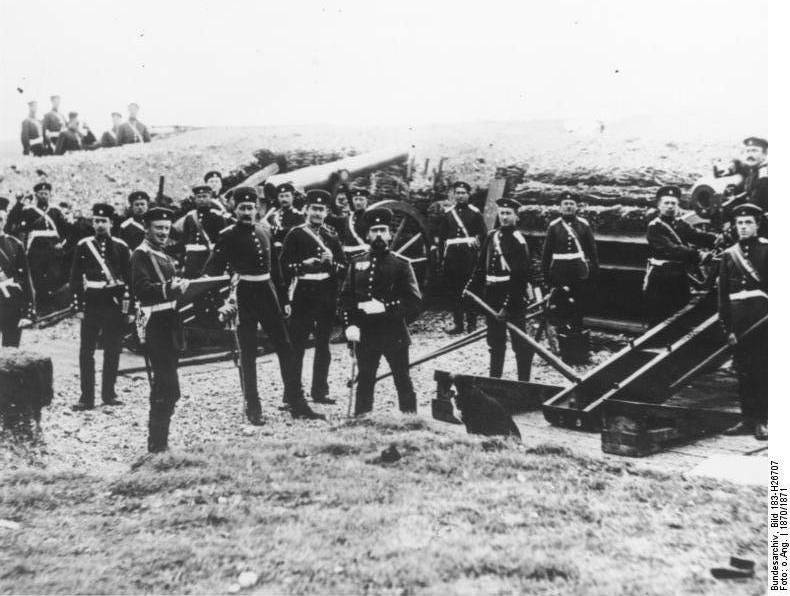 There is one wonderful legend. It sounds like that. At the beginning of 1871, after the victorious end of the Franco-Prussian War, one of the representatives of the Prussian leadership, a certain Bismarck :), made a very interesting statement. He declared that the country owes its victory not to anyone, but to the Prussian teacher.

This is a legend. In fact, the apology to the Prussian teacher sounded not from the mouth of Bismarck and not about the victory over France. In July, 1866, after the victory at Sadovaya, won by the Prussian army during the Austro-Prussian War, the professor of geography from Leipzig Oscar Peshel wrote in the newspaper “Zagranitsa” edited by him:
"... public education plays a crucial role in the war ... when the Prussians beat the Austrians, it was a victory for the Prussian teacher over an Austrian school teacher."

But who is Peschel? And what is the Austro-Prussian war compared to the catastrophe of France, which for a long time changed the political situation in Europe. After all, it was as a result of the brilliant victory of Prussia in this war that the German Empire arose. That is why public opinion firmly established: “Bismarck, after the victory over France, said: Prussian school teacher won the war”. However, it is quite possible that Bismarck actually said something like this, with reference to, say, Peschel itself. But this is not documented by anything documented.

In fact, it is not so important to us who exactly and about what exactly expressed this thought. It is important that soon after this many and very many countries, first of all England, France and Russia, for some reason began to vigorously introduce the Prussian, and by that time already Germanic gymnasium system.

In Russia, however, unlike Germany, the gymnasiums for a long time remained elite educational institutions, in which only the children of very wealthy parents could study, but the “rushki” (real schools) were organized, in principle, on the same foundations. It is another matter that in gymnasiums and “rushkah” no more than 20% of Russian children were trained together, but this is already a question of the social structure of the then Russian society, which, even when embarking on the path of capitalist development, is in many ways and, above all, in the ruling mentality elite, continued to remain a feudal empire.

But back to Bismarck Peschel. And not even to them, but to Moltke. It was he who, sharply speaking out against Peschel's thesis, actually confirmed it. So, the word to field marshal General of both empires - German and Russian (it seems this is the only such case recorded in stories, there were no others):
“They say that the school teacher won our battles. Knowledge alone, however, does not even bring man to that height when he is ready to sacrifice his life for the sake of an idea, in the name of fulfilling his duty, honor and homeland; This goal is achieved - his education. "
"Not a scientist won our battles, but an educator ...".

Good field marshal! Well, good, right? And the most interesting thing is that Moltke is right! In the same way, however, as Peschel is right (or, if you will, Bismarck :). For the Prussian gymnasium system was different in that, regardless of the level of knowledge, and in general, regardless of any knowledge, it shaped its graduates (and formed what is called in full) quite definite qualities. Like: discipline, accuracy, respect for elders (not by age, but by position), “patriotism” (in the sense of absolute trust in the government and full acceptance of its foreign and domestic policies).

From this point of view, the social mission of the German gymnasium system (which included organically and “realshule” - the prototype of Russian “rushki”) was the most significant, because it allowed to form such a “citizen”, from which it was possible to easily make an ideal soldier of the industrial era. What Germany used in the course of two subsequent world wars.

And now about what Moltke is wrong. However, it is not his fault. To understand this, one would have to look at the situation from the middle of the 20th century, or at least from the time after World War I. In addition to the social and educational tasks, the Prussian gymnasium system, of course, solved the actual educational, more precisely social and educational tasks. That's just the meaning of these tasks was not exactly the way it is usually represented.

The objective objective of the educational sense of the Prussian gymnasium system (that is, regardless of what its creators thought about it) was not to provide its graduates with a brilliant education. All the talk about the fact that "the amount of knowledge possessed by a graduate of a classical gymnasium (in Russia) exceeded that which a graduate of the present secondary school possesses" is idle figments of people who are not familiar with the real state of affairs. Let me just point out that in this case, elite educational institutions, such as classical gymnasiums, are compared with the entire set of secondary educational institutions of modern society. On the other, I'm not talking. The social meaning of such a system was to give the entire population the necessary basic level of culture, without which normal and, moreover, accelerated scientific and technological development is impossible. In Russia, this did not happen precisely because the system covered too few children.

What is it about? Yes, all about the same patterns, which is manifested in all spheres of human activity. If you want your players to become world champions, make sure that millions of boys play football. If you want to create a dozen masterpieces each year at your film studios, ensure production of 300-400 films per year. Yes, two or three hundred of them will be “so-so”, but they, together with hundreds of good films, will create the soil on which ten masterpieces can grow. It was this intellectual, cultural ground on which the intellectual, scientific and technical elite, in turn, was already sprouting, and created the Prussian gymnasium system.

Thus, the second effect of the Prussian gymnasium education was the creation of the foundation of such an educational system that allowed Germany not only to quickly take leading positions in world science and world technological progress, but also to preserve them for almost a century. And this despite the fact that Germany twice during this time suffered crushing military defeats, which reduced its scientific and technical potential to a seemingly zero value. So, the German school teacher, although he did not win these wars for his country, at least gave her the opportunity to lead them!

Ctrl Enter
Noticed oshЫbku Highlight text and press. Ctrl + Enter
We are
The path of Hitler or the path of Bismarck? Germany still has a choiceWhat you didn't want to know about England
Military Reviewin Yandex News
Military Reviewin Google News
18 comments
Information
Dear reader, to leave comments on the publication, you must sign in.