Asian Party: Battle of the Giants 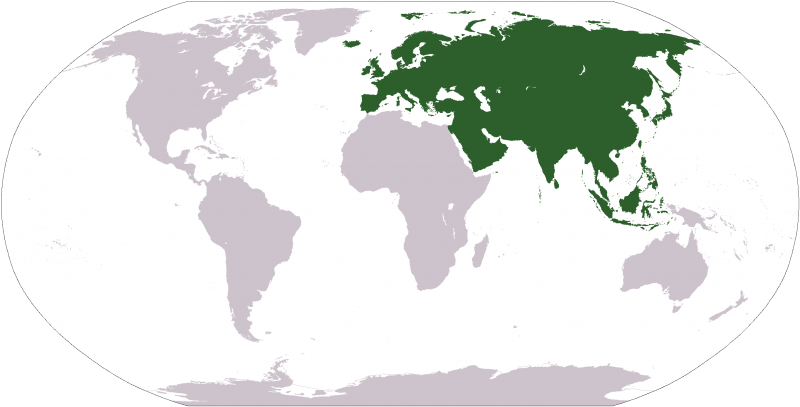 Right before our eyes, the global chessboard is being reformatted. The United States is leaving the Middle East for the Asia-Pacific region. The confrontation between the USA and China in the APR comes to the fore. Therefore, it cannot be said that Russia won in the Middle East and Syria in the 2013 year, in some respects it can be argued that the United States gave us the victory. The Americans leave the Middle East, leaving behind only strategic bases, reconnaissance and drone drones, abandoning the role of "older brother", which interferes in all matters.


However, they are drawing into this “zone of chaos” (recent events in the CARs, South Sudan, Iraq and Egypt confirm the continuation of the course towards fragmentation, the chaos of the region) Russia, Europe, China and Iran. In this case, there remain three centers of power - Saudi Arabia, Turkey and Israel. The calculation of the United States is simple and ingenious - all major players must get bogged down in the Middle East. The Islamic world resembles a splayed anthill and, apparently, it can not be calmed down without a lot of blood. The United States frees up resources and focuses on the Asia-Pacific region. Other players will be forced to waste time and resources.

Here it should be noted that the Saudis continue to head for the creation of an “Arab European Union”. So, on December 12, the six Gulf Cooperation Council member states (GCC) decided to create a unified command. Saudi Arabia was able to convince the allies of the need to reformat the military structure of the Council into a full-fledged body. The self-defense forces of the Arabian Peninsula were formed in 1982 year, and now there are about 30 thousand people. Now the strength of the combined forces should be 100 thousand people. Along with the decision to create a joint military command, the GCC decided to establish a unified military academy and a research institute to develop a military doctrine. Thus, the military component of the "Arab Union" continues to strengthen.

Saudi Arabia will continue to play a destabilizing role in the region, trying to crush competitors and crush hostile states. So, the ambassador of Saudi Arabia in Great Britain Mohammed bin Nawaf bin Abdul Aziz al-Saud saidthat his country made an independent decision to arm the rebel forces in Syria, since they "cannot sit idle while thousands of children were killed by the Syrian regime." According to the Saudi ambassador, American diplomacy in the region threatens stability in the Middle East. “We believe that many Western political actions on Iran and Syria carry the risk of stability and security in the Middle East,” a Saudi politician wrote in the New York Times. “The West allows one regime to survive, and the other to continue its uranium enrichment program, with all the subsequent risks of increasing armaments in the region.”

This statement occurred after representatives of the Syrian opposition reported that representatives of the West privately informed them that peace talks would not lead to the removal of President Bashar al-Assad from power. At the summit of opposition patrons in London, it was reported that the main elements of the current political system of Syria would be preserved. Otherwise, the fall of the fall of the Assad regime will lead to chaos and the absorption of Syria by jihadists. Therefore, Saudi Arabia has decided to maintain its own position on the war in Syria and to organize a financial and military strategy to support the Syrian opposition.

Syria is no longer interested in the United States. Apparently, Washington is ready for any scenario in Syria: from the collapse to the complete victory of Assad. The main priority is relations with Iran, Pakistan and Afghanistan. The Americans have already drawn Russia into the Middle East conflict, and now they will try to establish allied relations with Moscow against China, blackmailing Russia with a “yellow threat”. The outcome of the confrontation in the Asia-Pacific region will be built around the question, which side will take Russia - the United States or China.

Apparently, Barack Obama is ready to completely leave and from Afghanistan. A direct consequence of the withdrawal of coalition forces from Afghanistan in 2014 will be the threat of local military conflicts in Central Asia, the Taliban’s positions will strengthen, the flow of drugs and migrants will increase, and Islamists will become more active. In Tajikistan, a civil war may resume, with a sharp strengthening of the position of the Islamists. The border between Tajikistan and Afghanistan is almost open. The process of Islamization of Central (Middle) Asia will accelerate. And the strengthening of the position of the Islamists in this region will lead to the strengthening of the positions of the Arab monarchies, primarily Saudi Arabia. Moreover, due to natural causes (aging) in the Central Asian republics, a change of government will begin. Especially difficult situation in this regard in Uzbekistan. It should also be noted that Kyrgyzstan as a state did not take place, territorial and criminal clans rule there. Russia will have to pay more and more attention to Central Asia, in fact, to return there.

The need to return Russia to Central Asia is also understood in other countries. Thus, the chairman of the lower house of the National Assembly of Afghanistan, Abdul Rauf Ibrahimi, on behalf of the official Kabul addressed to the chairman of the State Duma Sergey Naryshkin and asked for help in ensuring security and put forward a proposal for the joint management of infrastructure projects. Kabul is asking for help in the development of the country's infrastructure, in the fight against drug trafficking and in the formation of the Afghan police.

The US’s “Pacific reversal” is connected with the fact that in recent years, China, currently ranked second in the world in terms of GDP and first in terms of exports, has gradually transformed its economic power into political influence, shows its neighbors “who are master". Previously, China abstained from such steps. This change in Beijing’s behavior is caused by several factors. First, the Celestial Empire is forced to this by a change in the global political system. First, the bipolar structure of international relations collapsed, when everything depended on the two “watching” behind the planet - the USSR and the USA. Then the US attempt to build a unipolar world failed. There is a restructuring of the world political system to multipolarity, where there are several players of global significance and even more players at the regional level. In the Celestial Empire, they believe that the APR is their sphere of influence. The time of domination of the West and the USA in Asia is over.

Secondly, there is a rebirth of the party and political elite of the PRC into the national bourgeoisie. Socialism "with Chinese characteristics", in fact, is transformed into national socialism. The national bourgeoisie defends national interests and its own “pocket”. As social and economic problems worsen, national rhetoric will only increase.

Third, China’s economic growth has slowed significantly due to the global financial crisis and domestic problems. System defects of the “Chinese factory” threaten China with major problems. Beijing needs to form a domestic market, create its own sphere of influence. At the same time, social discontent must be channeled. External expansion is the most obvious way out.

Thus, the Chinese leadership is in a hurry to get political benefits from its current economic power. This is also manifested in the nomination of territorial claims to neighbors, first of all, to their historical enemy, Japan, and in the building up of military potential, especially naval and air. Accelerated military construction in China causes reasonable concern to the United States and its neighbors. Currently, the United States has a complete advantage over China, both in the space field and nuclear missile weapons, as well as in conventional weapons. But the situation is changing rapidly. Experts believe that if the Celestial Empire develops its space, rocket and military areas at the current pace, then after about 15 years, China will reach parity with the United States. In addition, it is necessary to take into account the situation in the United States. There is a scenario that the United States could suffer a geopolitical catastrophe: they will repeat the fate of the USSR. In this case, China can achieve superiority in the ATP much faster.

It turns out that the confrontation with China for the United States is a matter of life and death. If the United States can weaken or even destroy China into the "seven warring kingdoms," they will maintain their leadership in the region and the status of a great power. They will not be able to win over China - they will lose their leading position in another strategic region, and, possibly, will collapse under the weight of political and socio-economic problems.

It should be noted that this is not the first "Pacific reversal" States. For the first time America came to grips with the Pacific region at the end of the 19th and the beginning of the 20th centuries, when the USA was a rapidly developing industrial power and squeezed the old colonial empire, Spain, by breaking it in the 1898 war of the year. Then the Americans took the Philippines and Guam from the Spaniards. The United States began to push the UK. After World War II, when Japan was defeated, the Americans achieved complete economic, political, and military dominance in the APR.

The United States is stepping up ties with its old allies and those countries in the Asia-Pacific region that have problems in relations with China: Japan, South Korea, Taiwan, the Philippines, Vietnam, and Australia. Standing apart is India, which has a long tradition of confrontation with China and is wary of the Chinese strategy to surround it with the help of neighboring states. The role of an individual player in the Asia-Pacific region is also played by Russia. So far, its role is small (in comparison with the USSR), but will gradually increase. On the one hand, Russia is in solidarity with China on most issues, but on the other hand, the excessive strengthening of Beijing’s position in the Asia-Pacific region - especially if the nationalist wing is held up in the Celestial Empire - may pose a threat to the Far East, Eastern Siberia of Russia and the development of Chinese expansion in Central Asia. Therefore, Russia must maneuver between the United States and China, simultaneously restoring its economic and military positions (including the power of the Pacific fleet) in the Far East.

Ctrl Enter
Noticed oshЫbku Highlight text and press. Ctrl + Enter
We are
The poorest country in the world and its civil war. How political and economic conflicts acquired religious contentCAR: imperialism in action
Military Reviewin Yandex News
Military Reviewin Google News
38 comments
Information
Dear reader, to leave comments on the publication, you must sign in.