How much will they give for “Separate the Caucasus - Russia will heal” or “Russian Arctic - under international jurisdiction”?

December 24 2013
217
“Enough to feed the Caucasus!”, “Russia must return the Kurils of Japan!”, “Russia can be divided along the Ural ridge!”, “Russian Arctic - under international jurisdiction!” - for these and other slogans from 9 May 2014 can be “honored” not only hyperliberal approving reviews and pats on the shoulder from foreign sponsors, but also criminal liability.


Recently, the second and third readings of the draft law on responsibility for propaganda or justification of separatism and violations of the territorial integrity of the Russian Federation were held. The Criminal Code of Russia will now have an article 280.1, which stipulates the responsibility of a person for separatist slogans and public calls for the violation of the territorial unity of Russia. 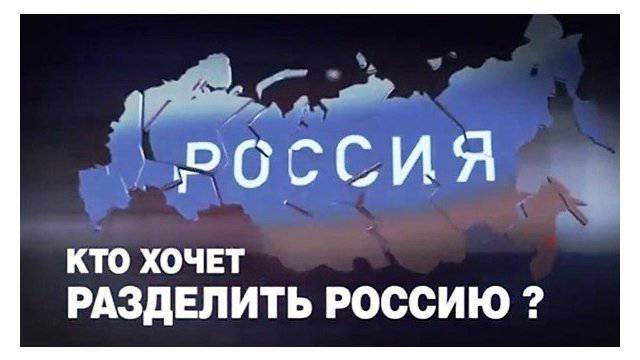 According to preliminary information, the responsibility will concern both those who decided to declare their separatist sentiments without using mass media (for example, went outside with a poster in the style of “Give Independence to Prostokvashino!”), And those who want to publish to separate from Russia, used the media. In the first case, under the article 280.1, the maximum penalty can be 3 of the year of imprisonment, in the second - five years. Recall that ideas were initially expressed about 20 years of imprisonment for such "actions".
That is, if now, for example, the notorious professor of the HSE Medvedev announces that it is time to give the Arctic to international hands on the air or on the pages of a periodical, then he himself can go to the “arches of the fives” in the Arctic for no reason ...

Recall that the author of the bill on the introduction of criminal sanctions against persons who claim the need to separate a territory from the Russian Federation, was made by State Duma deputies from the Communist Party faction. By the way, the very idea of ​​adding corresponding points to the Criminal Code was born precisely after a series of statements by the same Sergey Medvedev, and besides, Evgenia Albats, Alexander Sokurov and others, let's say, figures that, they say, Russia has so much land and and she does not know how to manage her land ...

By the way, now the media (first and foremost electronic) also needs to be fully armed. After all, many media outlets allow readers to leave comments on their pages, and in them citizens sometimes write something like this, because of a comment that slipped through the commentary, the media can cater to the law. That is why today many mass media resort to filtering out comments not only for the presence of obscene language, but also for theses of the form “Separate the Caucasus - will heal Mother Russia” ... Restriction of freedom of speech? Well, if for someone freedom of speech is expressed exclusively (or "including") in watering each other with foul language and wanting to declare the need to grab a territorial slash from Russia in favor of anyone else, then such freedom of speech can be lost and his face, and the face of his country (if such people are interested in the face of the country).
After the adoption of the bill initiated by the Communist Party of the Russian Federation, the hyper-liberal masses began to move. Like, how is it so, now you have to go underground with your views, and you cannot get away with views ... They began to stir, as if seeking to justify their aspirations that something could be “cut off” from Russia that favor.

It is worth giving a few specific examples of how representatives of the “creative-progressive” public reacted to news from the State Duma.

Alexander Valeryevich Skobov (ex-member of the Yabloko party, ex-dissident, a man, in 2010, actively speaking in support of the idea “Putin must leave”) on the pages of the publication Grani.ru at the stage of submitting the bill to the State Duma, he stated:

I justified and justify Chechen separatism. When the new law is adopted, officially registered media are unlikely to give me the opportunity to express my views. I will only have to distribute them through blogs, social networks and illegal samizdat.
From the very beginning of the Chechen war, I made numerous appeals calling for recognition of Chechnya’s right to independence. On separation from Russia. By the way, polls conducted during the war showed that the majority of Russian citizens agree to “letting go” of Chechnya.

It would be interesting to look at those polls according to which precisely the “majority” during the war agreed to “let go” of Chechnya. Strange notions about the majority of some of our compatriots ... With such data it is better and true to samizdat - for later use in the restroom ...

Alexander Pinhosovich Podrabinek (columnist for Novaya Gazeta, a member of the political council of the Solidarity movement) on the pages of the same publication:

The hysteria in the State Duma about separatism is the next link in the chain that the mad printer throws on the remnants of freedom in Russia.

It is difficult for the students of empires to understand that there is nothing wrong with the desire for independent living. They believe in the old manner that the happiness and power of the state in the vastness of the territory and the number of people in it. They lagged behind for a couple of centuries, and then it is difficult to do anything. They do not even notice that the growth in the number of states is a continuous and regular process. In 1900, there were 47 states on the planet (figures of American political analyst Robert Dahl), 1950 of 75 states, 2000 of 192, and now 258 of UN 195, unrecognized 19 and others with unclear status.

According to Mr. Podrabinek’s logic, universal happiness and unlimited freedom are when the world map needs to be reprinted with enviable regularity due to the endless increase in the number of new “independent” states. And if the borders of states on the world map do not change for a long time, then Alexander Pinhosovich is extremely depressing ... Eh, Mr. Podrabinek would probably be very happy if the United States would cease to be united, having scattered right away on 50 independent states. So who objects to that? .. We are waiting for the relevant article on the pages of the press from the mentioned citizen about the “backwardness from life for a couple of centuries” of the United States or Great Britain, otherwise they do not break up in any way ...

And there are opposing points of view on the adoption of the law, which are presented by readers of other media.
For example, on the pages of Vzglyad, reader Alexander Bulakhtin writes:

The correct formulation of the question. We have divorced a lot of people who want to divide the country for which they did not fight and did not serve it. Any Albats and marsh with two or three passports. For them, Russia is a territory for making money. Come on, they would yelp in the kitchens, otherwise they are making Goebbels propaganda using TV and other media.

"Echo of Moscow" will squeeze. 2 / 3 hanging out there bloggers can be planted.

In general, it is true, some people will now have to think hard before they say something about the "overly extensive" territory of Russia. But then, many “extremely opposition-minded” hands and mind do not reach matters and thoughts on preservation of the gifts given by the ancestors, but to separate, to grab, to bite off - this is “please” ...

Ctrl Enter
Noticed oshЫbku Highlight text and press. Ctrl + Enter
We are
In Donetsk, laid the Alley of national unityKuriles - an integral part of our homeland
Military Reviewin Yandex News
Military Reviewin Google News
217 comments
Information
Dear reader, to leave comments on the publication, you must sign in.