December 16 2013
23
Alexey Alekseevich Ignatiev was born 2 (14) in March 1877, in a family that belonged to one of the most distinguished families of the Russian Empire. Mother, Ignatieva Sofya Sergeevna, is nee Princess Meshcherskaya. The father is a prominent statesman, a member of the State Council, the governor-general of the Kiev, Volyn and Podolsk provinces Ignatiev Alexey Pavlovich. Killed at a council retreat in Tver in December 1906. Alexey Ignatiev later believed that the royal secret police was involved in the murder. Alexey's younger brother, Pavel Alekseevich Ignatiev, served as a military agent in France, wrote a book about this, “My mission in Paris”. His uncle, Count Nikolai Pavlovich Ignatiev, served as Minister of the Interior in 1881-1882, and was also a well-known diplomat, whose merits include the signing of the Beijing Treaty in 1860, the preparation and signing of the San Stefano Peace Treaty, which concluded the Russian Turkish war 1877-1878's. 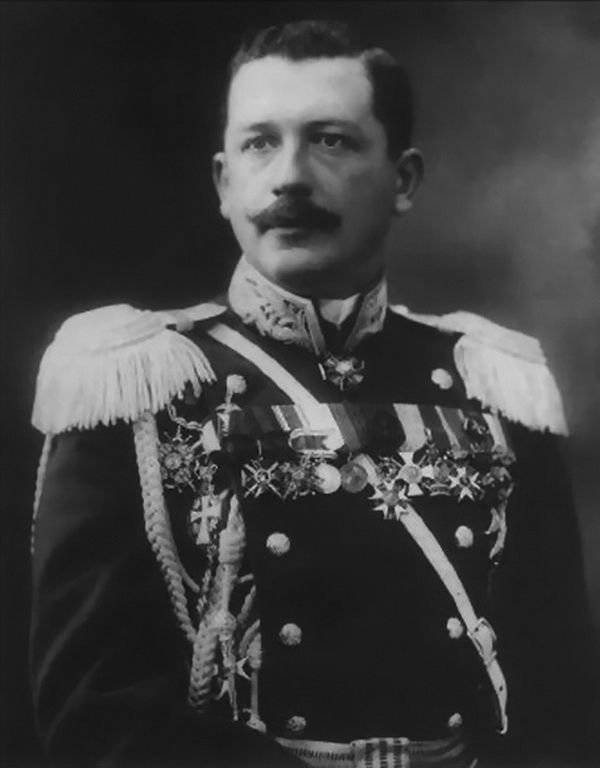 In the 1894 year, at the age of 14 years, Alexey Ignatiev joined His Majesty’s Corps of Pages, the most privileged military educational institution in Russia of that time. His father sent him there, as he put it, "to eliminate effeminacy and tearfulness." The curricula did not differ much from the courses of the cadet corps, but more attention was paid to foreign languages ​​- French and German. For admission to the Corps of Pages the preliminary highest order was necessary, and, as a rule, only sons or grandchildren of generals were honored with this honor. But sometimes exceptions were made for representatives of the old princely families. Both the father and Uncle Alexey Alekseevich - Alexei and Nikolai Pavlovich Ignatiev studied in the Page Corps. A year later, in 1895, Alexey was introduced to Emperor Nicholas II and served the empress. After the end of the corps, he was promoted to officer and carried out court service as a cavalier.

In 1905, the Russian-Japanese war began, and Ignatiev, along with other officers, was sent to the eastern front. He went to the staff of Linevich, commander of the Manchu army, where he was assigned to the intelligence department. Thus began the military diplomatic service of Alexei Ignatiev, which determined his further fate. Relations with military agents gave him the opportunity to explore the morals of representatives of foreign armies. Under his leadership were the British, Germans and Americans, and the duties included checking the correspondence. The end of the Russian-Japanese war, the count met with the rank of lieutenant colonel with the orders of St. Vladimir 4 degree and St. Stanislav 2 degree, and later promoted to the rank of major general.

After the war, Ignatiev continued his diplomatic career. In January, 1908, he served as military attaché in Denmark, Sweden and Norway, and in 1912, he was sent to France. As the count himself indicates in his memoirs, no one has trained him for the activities of a military agent, and he had to work “on a whim”. The direct duties of the agent were to keep his general staff informed about the state of the host country’s forces, including reports of what they saw, maneuvers, exercises and visits to military units, as well as deliver all new military and technical books. The count preferred to communicate with the French, rather than with representatives of the Russian secular society.

In France, Count Ignatiev was responsible for the purchase of weapons and ammunition for the Russian army, and only he could dispose of the account of the Russian Empire in a French bank. He also led a wide agent network. When the First World War began, Russia was in dire need of ammunition. Ignatiev received a large order for heavy shells, but none of the French dared to fulfill it. Graf came to the aid of only Citroen, with whom he was on good terms. There were also a lot of rumors about this, too - as if Aleksey Ignatiev was making money off on military supplies, using his connections, but he did not give direct evidence.

Russian emigration condemned Count Ignatiev and for his relationship with the beautiful woman of Paris, the famous dancer Natalia Trukhanova, the daughter of a French woman and a gypsy. The dancer performed semi-nude, performing the dance of Salome to the music of Strauss. For her, the count divorced his wife, Elena Vladimirovna Okhotnikova. Since 1914, they lived with Trukhanova, renting a luxurious apartment on the Bourbon embankment. Ignatiev spent on the maintenance of his mistress huge sums, which corresponded little to his official income.

When the October Revolution broke out, on the Russian account in the “Bank de France” was the amount of 225 million rubles in gold, transferred to Count Ignatiev for the next purchase of military equipment. A diplomat had a choice: what to do with the money that was left without a master. Representatives of various émigré organizations, wishing to capture Russian millions as “legal representatives” of the Russian empire, were drawn to him from all sides, and French intelligence was watching his actions.

But the count made another decision, having committed an act that came as a complete surprise to many. In the 1924 year, when France finally recognized the Soviet state and the Soviet diplomatic mission reopened in Paris, Ignatiev transferred the entire amount to the trade representative L. Krasin. In exchange, he asked for a Soviet passport and permission to return to Russia, now Soviet. 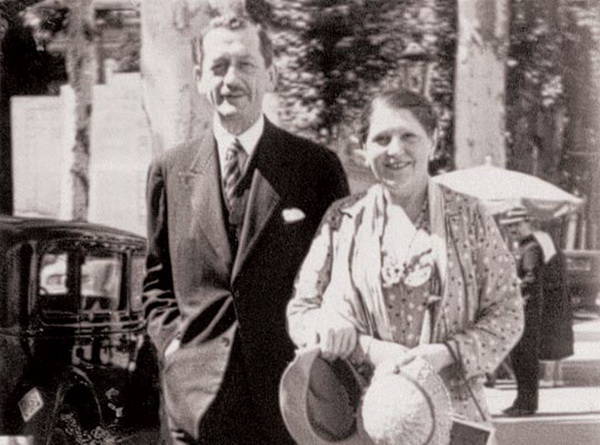 Russian emigration instantly rejected Alexei Ignatiev, declaring him a traitor. His brother Paul made an attempt on him, trying to shoot him, but the bullet only hurt the Count’s hat. He kept it in memory of the attempt. His own mother renounced Ignatiev and forbade her to appear in her home, "so as not to disgrace the family." His most faithful friends turned away from him, including Karl Mannerheim, with whom they studied at the Academy of the General Staff. Only Natalya Trukhanova remained, with whom the count was married in 1918.

But Ignatyev was not allowed to come to Russia right away. The income of the graph significantly decreased, Trukhanova also spoke very rarely. There was not enough money, and Ignatiev began to grow mushrooms for sale. Until 1937, he was listed in the Soviet trade mission, in fact doing agency work, now for Soviet intelligence. In his hands were dozens of illegal intelligence officers, experts to work under cover in official organizations - a serious intelligence network. Perhaps it was this circumstance that served as a guarantee for Ignatiev’s life. Returning to his homeland in the difficult 1937 year, he not only avoided Stalin's repressions, but was again rewarded with the rank of major general, now the Red Army. 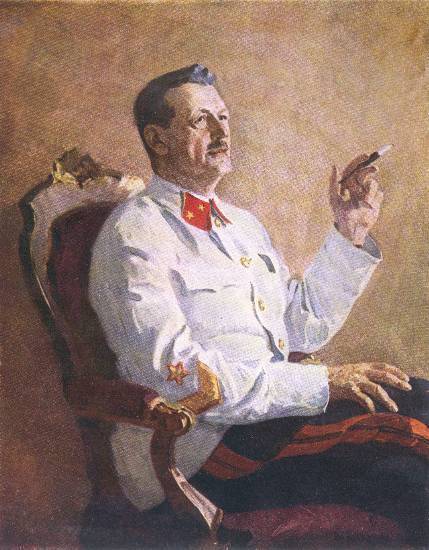 In Moscow, Ignatiev officially oversaw language courses for the command staff of the Red Army, headed the department of foreign languages ​​of the Military Medical Academy, and since October 1942 he was editor of the militaryhistorical literature Military Publishing House of NGOs. Compared to past busy activities, for him it was a minor job. However, according to unofficial data, the count continued to engage in foreign intelligence, and was in good standing with Stalin. As they say, there are no former intelligence agents. The tsarist officer, the “class enemy” of the Soviet regime, not only worked calmly, but also engaged in creative activities. On the eve of World War II his book of memoirs “50 Years in Service” was published, the Count was also fond of cooking and worked on the manuscript “Conversation of a Cook with a Minion” for more than 20 years, which he never managed to publish. This recipe book was released in the 90s under the title "Culinary Secrets of the Cavalier Guard of General Count A. A. Ignatiev, or Conversations of the Cook with a Minion".

During World War II, the count provided invaluable assistance to the Soviet army. In 1943, on the personal order of Stalin, Alexey Ignatiev was given the rank of lieutenant general. There is also an opinion that it was precisely on the advice of Alexey Alekseevich that the shoulder straps were returned to the army. In 1947, the command satisfied the resignation report, and the count retired at the age of 70. He died 20 on November 1954, in Moscow, and was buried at the Novodevichy Cemetery.

It is difficult to judge the true motives of the act that made the count famous. However, one should not detract from its value either, because Ignatiev could easily keep the money for himself, borrow at least a part, or give it to the aid of the Russian emigration. He preferred to return everything to the leadership of the new Russia. It would have been clearer if the count had been during the revolution in Russia - but he lived in France, and the arrests of the Bolsheviks did not threaten him. In addition, before returning to Soviet Russia, Ignatiev had 20 years to live among the environment hostile to him. The count has not touched repression, which also demonstrates the importance of his person, and here his activity in foreign intelligence probably played a significant role. But no matter what opinion about the graph Alexey Ignatiev - negative or positive - his deed will not leave anyone indifferent. 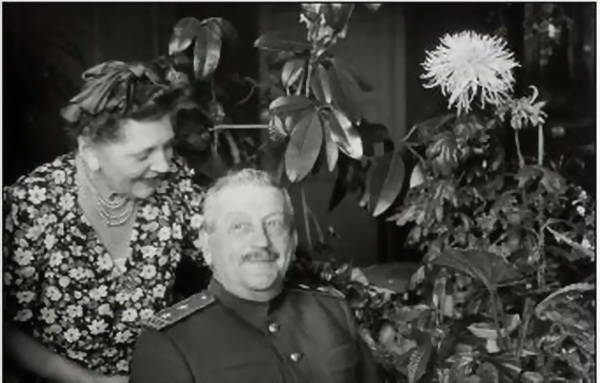