Mistral blew off the Cossack 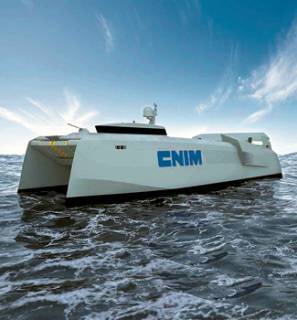 Mistral in France is called the cold north-westerly wind that blows from the Cévennes Mountains to the Mediterranean coast and damages crops.


Independent Military Review has repeatedly written about the negative consequences of the acquisition of the Mistral landing helicopter landing ships-docks (DVKD) for the Russian Navy. It would seem that when the first corps for the Russian fleet launched, and the construction of the second is underway in Saint-Nazar and St. Petersburg, the topic has been exhausted. Indeed, at this stage, it is simply impossible to stop the implementation of the transaction at 1,2 billion euros. Meanwhile, the French Mistral continues to present more and more surprises. And unpleasant.

When the deal was concluded, high-ranking officials of the Ministry of Defense and the Government of the Russian Federation argued that the French DVKD would be equipped with helicopters, weapons, and landing craft of Russian production. But it was not so. Recently, representatives of the French company DCNS reported that Russian Mistrals will receive French landing craft (DKA) of types EDA-R (L-CAT) and CTM. Officials from the Russian Ministry of Defense, who wished to remain anonymous, confirmed this information.

CONSTRUCTORS ARE EXPOSED, AND A FIRM ARE AVAILABLE

Actually, this news first a year ago, the Russian ambassador to France, Alexander Orlov, voiced it. “We will buy small ships from France, which are inside the helicopter carrier, catamarans for disembarking forces on the ground,” he told reporters last November. Mr. Orlov is supposed to keep abreast of various bilateral ties. But why such close attention to the MTC deal? Or is it a demonstration of personal involvement?

Previously it was assumed that the Russian “Mistrali” for disembarking vehicles and personnel on the unequipped coast would receive high-speed amphibious assault boats on the air cavity of the 11770 “Serna” and 21280 “Dugong” projects developed by the R.E. Hydrofoil Central Design Bureau. Alekseeva (Central Clinical Hospital for SEC). These boats are serially built at Russian shipyards and fit well into the dimensions of the French DVKD docking chamber. It was also possible that helicopter carriers deployed modernized air-cushion amphibious assault boats of the Murena project developed by the Almaz Central Marine Design Bureau. Airborne boats of the 12061 "Shark" project developed by Vympel Design Bureau are also suitable for DVKD. They, too, have long been mastered by the domestic industry.

But even this seemed to our sailors a little. In addition, they asked the designers of the Nizhny Novgorod Ship (ZNT) plant to create a project for a completely new landing boat. And those, even without a contract in their hands, enthusiastically got down to business. So the project 02320 "Cossack" appeared. The length of this DKA is 27,75 m, the width is 7,2 m. The boat carries two to the landing site tank T-90 or two BTR-80 armored personnel carriers with a speed of 11 knots. It is possible to transfer 50 Marines plus one tank or armored personnel carrier. For self-defense and fire support of the landing, the boat carries one 12,7 mm Kord or Utes machine gun, two 30 mm AG-17A automatic grenade launchers (machine gun and grenade launchers are located in remotely controlled installations), two DP-64 anti-sabotage grenade launchers and four Igla MANPADS. Thanks to the widespread introduction of automation tools, the Cossack crew consists of only four people.

Since the boat was designed specifically for the "Mistral", then in its docking chamber can accommodate four such DFA. When the project was ready, the Navy unexpectedly refused it, and not bound by any contractual obligations, of course, paid nothing for the work done. In fairness, we note that the Navy still placed an order for the 16 construction of offshore boats of the 23040 project for XNUMX on ZNT, but they, however, have nothing to do with the Cossacks and the Mistrals.

What is proposed to be placed on Russian "Mistral" instead of Russian DKA? First of all they call high-speed amphibious catamarans EDA-R. They have an original design. The sides of the boat play the role of outriggers (kind of floats), between which the bottom can be moved up and down. When fully loaded, the bottom is omitted, and DFA with a length of 30 m, a width of 12,8 m and a displacement of 285 t is able to transport two main tanks or several armored personnel carriers with a speed of 15 nodes. But with the empty and with the bottom lifted, the boat becomes a catamaran and rushes with an 30-node speed.

The French Navy, in spite of the energetic advertising campaign undertaken by the developer of DCA Constructions industrielles de la Mediterranee (CNIM), initially showed no interest in this project. The Gamelin Shipyard shipyard in Saint-Malo on the Mediterranean coast of France, which built the EDA-R prototype, went bankrupt. It was bought by another shipbuilding company, Socarenam, but on condition that the government places an order for serial production of EDA-R type boats. In order to support military shipbuilding, the republic’s authorities took this step.

The contract worth 125 million euros was signed in June 2009 of the year. It provided for the construction and maintenance of four DFAs. There was an option for four more buildings, but due to the difficult economic situation in the country, it is now postponed indefinitely.

The French wanted to interest Americans on EDA-R boats by demonstrating a novelty to overseas partners on the Bold Alligator 2012 exercises. They applauded politely, but did not take any reciprocal steps. Firstly, because the US Navy is well known for such a design. For the development of the Expeditionary Craft (E-Craft) concept, the naval development (ONR) of the United States Navy in 2006 ordered an EDA-R-like ship called Susitna, not for the fleet, but for a civilian company carrying out ferry service in Alaska. Apparently, this vessel with a displacement of about 900 t with a small area of ​​the waterline and adjustable cargo deck-bottom did not fully meet expectations, since no other orders followed. Secondly, the US Navy has a significant number of high-speed airborne amphibious assault boats LCAC, which by their characteristics are superior to EDA-R. And in the foreseeable future, even more advanced SSC-type WPCs will replace LCAC.

Of course, the French boat is of interest. But it is designed for operation in the warm waters of the Mediterranean. When used in the winter conditions of the Far East, it will, at the very first attempt to reach the coast with an ice fast ice or with a sludge, fail, most likely forever. In addition, French EDA-R is very expensive. Each unit, it is easy to calculate, costs 31,25 million euros, which is more than twice the cost of the head KVP "Murena-E" for South Korea. At the same time, the Russian “Moray” has a higher speed, no less carrying capacity, and runs easily on ice and in a sludge.

The decision to purchase EDA-R type boats can pursue only one goal - supporting French shipbuilding at the expense of Russian taxpayers. The option for four units, promised by Paris to the firm Socarenam, will be realized at the expense of our pocket. Indeed, without this order, the shipyard in Saint-Malo will close. This fully applies to other type of boats - CTM, which will be built at the STX Lorient shipyard in Lorient, which also suffers from underutilization of production capacity.

For some reason, these DCA in our media are called speed. This is a misconception because they develop the maximum speed of the entire node in the 9,5. Amphibious gunboats of this family began to be built in the USA in 1942 year. Since then, over 10 000 units have been released. DKA CTM is a licensed version of American boats of LCM modification, which are inferior in all respects to Nizhny Novgorod "Cossack". It is not excluded that the United States, which is negatively related to the Russian-French transaction on the “Mistrals”, at the last moment may impose a veto on the export of products of the American development.

FOR ONE RUSSIAN THREE FRENCHS ARE GIVEN

Another not very pleasant news related to the Russian “Mistrals” was recently also announced in Paris. According to representatives of the French military-industrial complex, “when signing the contract for the first two helicopter carriers, it was stipulated that all the ship’s technologies, which the Russian side insisted on handing over, would be transferred with a guarantee on the order of the third and fourth Mistral. Recall that before signing the 17 contract on June 2011, then-Russian Defense Minister Anatoly Serdyukov and other Russian dignitaries swore that all the technologies associated with these DVKDs, including the SENIT-9 combat information management system and the SIC-21 command and control system transferred to the Russian Federation. Now, it turns out, you need to perform a "guarantee", that is, to order two more cases. From all this it follows that high-ranking Russian leaders were deceiving their citizens and that in France they consider Russia a banana republic that can be easily blackmailed. It is understandable. The shipyard of STX France in Saint-Nazare without participation in the construction of the third and fourth ship for the Russian Navy will simply burn.

And, finally, another “surprise” from the “Mistrals”, which can shed light on the violent lobbying activities of Russian officials in favor of the French DCCD. At the end of September of this year, the next edition of the authoritative American reference book, World Military Fleets, was published. It indicates that for the French Navy the average cost of each Mistral-type ship was about 236 million. This is very similar to the truth. French politicians did not prevaricate when they urged their NATO partners, who were dissatisfied with the deal between Paris and Moscow, that the Mistras were only passenger ferries destined for transporting troops and helicopters. French DVKD really built according to civil standards. And the cost of civilian ships rarely exceeds 100 million dollars. A greater proportion of the price of helicopter-assault carriers falls on their electronics.

Russia, as everybody knows, costs every ship in 600 million euros. For clarity, we will recalculate 236 million dollars and 600 million euros for rubles at the exchange rate for the end of November. And this is what we get: one Mistral of the French Navy "weighs" nearly 8 billion rubles, and the Russian Navy more than 27 billion rubles. The difference is more than three times. And she somehow sawed. That is why the Accounts Chamber and the Investigative Committee, it seems, it’s time to do this “arithmetic”.

Ctrl Enter
Noticed a mistake Highlight text and press. Ctrl + Enter
We are
What do we need Mistrals for?Humiliation by the Mistral
110 comments
Information
Dear reader, to leave comments on the publication, you must to register.