And what about corporate parties at public expense?

December 12 2013
65
After at a meeting with members of the All-Russian Popular Front, Vladimir Putin expressed his opinion about the so-called corporate parties at the expense of the budget of state-owned companies, the administration of many state-owned firms decided not to anger the president and re-format the theme of the orders of famous artists covered with lush tables.


It is worth recalling that Putin, responding to a question about the more than strange spending of state-owned company employees on corporate affairs from budget revenues, said the following:

How much they want, so much even spend. Only not from the budget, but from the pockets of employees.

At the same time, the president spoke in the spirit that the practice of “corporate gatherings” existed even in Soviet times, but they were only held at their own expense.

This situation was discussed in connection with the fact that it became aware of the desire of the management of Russian Railways to arrange corporate parties for themselves, for a total of 50 million rubles. The question for Putin was precisely this. 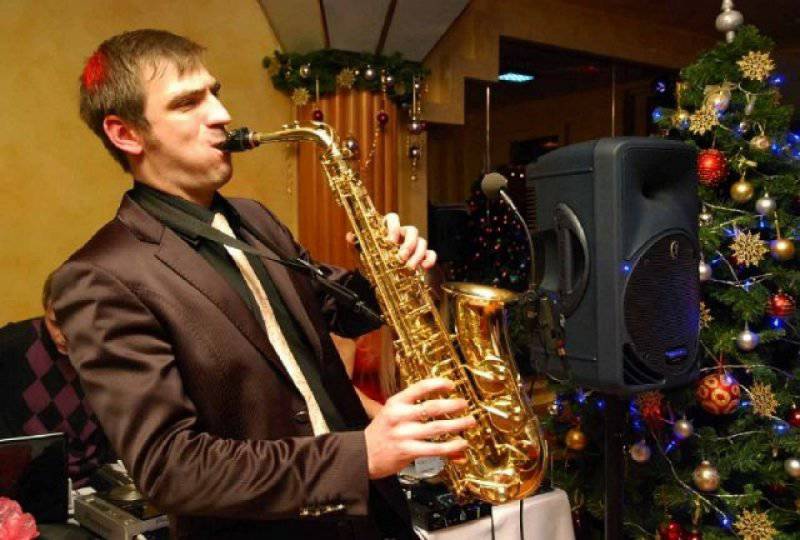 So, after assessing the situation of Putin, many state-owned companies decided to remove the lines dedicated to spending money on the very festive corporate parties from the official websites and the government procurement website. As they say, removed - good! So, they listened to the voice of the national and presidential "anger." But they removed one thing, but refused — quite another ... So, a short time after the speech of the head of state, it turned out that the desire to spend money on holidays exclusively from the budget of employees of state-owned companies did not disappear. It simply acquired a more “politically correct” form, so as not to cause special complaints from the public, and, what is much more important for them, from representatives of the highest authorities. What kind of politically correct form is this? To answer this question, it is enough to “walk” along Government Procurement Portal.

Literally a few days after touching on the topic of corporate events, within the framework of a conversation between members of the ONF and Vladimir Putin, a number of companies made changes in the pre-holiday spending card on the above-mentioned website. For greater clarity, we can give the following examples.

For example, on the procurement site posted an application number 31300629189 company "Gazprom mining Nadym in the amount of 26 million rubles. With this money in the company are going to buy Christmas gifts for children. The application states that goods such as toys, books and stationery will be bought ...

Application No. 31300712800. According to this application "Sberbank of Russia" (the controlling stake is owned by the Central Bank of the Russian Federation) “asks” that the 2 million rubles be spent assembling Christmas decorations in a bank building on Butlerov Street in Kazan. Of course, Christmas decorations are great, but if you consider that the building is decorated not with “rain” and tinsel, which the staff brought from home or bought in a store, the waste of money looks, to put it mildly, dubious. Who is able to control whether these decorations will be “mounted” in Kazan on 2 million? More likely answer: no one!

But much more interesting is the application from Sberbank under the number number XXUMX. It should be immediately noted that the application was published at the end of November (before the conversation of the ONF members with Vladimir Putin), and therefore the “Sberbankers” apparently did not have time to navigate. We did not have time, and therefore in this very application it appears, you will not believe it, but a “corporate event”. Here is the full text of the application: “On holding an open competition for the choice of the company organizing the corporate event of the Moscow Bank“ Children's New Year Event ”. Of course, children's ... Nobody doubts ... Organizers for organizing such a "matinee" will be worth as much as 31300684244 million rubles! Following the logic of such a pricing policy, we can assume that the children of employees of this very bank should wear at least “children’s corporate parties” in at least gold embroidered clothes with sable inserts, and dishes from red caviar stuffed with caviar should be on the tables ...

In general, this list of state-owned companies and government agencies that are owners at a celebration of life goes on and on. And this list, as well as the procurement site itself, is a suitable material for the work of law enforcement officers. As they say, there is no need to invent anything - the gentlemen themselves call to pay attention to where they are going to put the budget funds, and the total amount of spending is impressive ... But so far this information of our law enforcement officers, judging by everything, is of little interest ... Why? ..

Ctrl Enter
Noticed oshЫbku Highlight text and press. Ctrl + Enter
We are
Results of the week. “In our cooperative, the board is always agreed”Results of the week. "I'm not guilty! He came himself! ”
65 comments
Information
Dear reader, to leave comments on the publication, you must to register.