Afghanistan as a springboard for American corruption 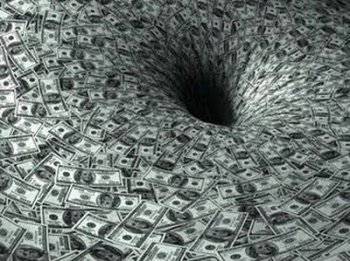 Volunteers Stringer bureau of international investigations recently toured Afghanistan - a “ruined country”. They wanted to understand what the White House created in Afghanistan for almost one hundred billion investments. The reason for visiting the country was the publication of the report of the Special Inspection Service for Reconstruction of Afghanistan under the US government. It was there that an astronomical sum flashed: over the 12 years, the United States invested 96,6 billion in the reconstruction of Afghanistan. It is not about maintaining a contingent of American troops, but about restoring the Afghan economy.


Afghans today compare the activities of Americans with what the Soviet people built in the country.

“Shuravi spent money wisely,” Hadji Amanulla Azimi, a member of the upper chamber of the National Assembly for the province of Uruzgan, explained to the volunteers. “The Salang pass is still the main transport artery of the country, and the Naglu power station supplies all of Kabul and the surrounding provinces with electricity. Americans are investing huge amounts of money, but they have not created a single project of comparable scale. Shuravi developed industry, gave work to people, approached the economic development of Afghanistan with understanding, and American policy is absolutely irresponsible. ”

The USSR was spending money on Afghanistan, unlike any other than the United States. According to various estimates, the economic assistance of the Soviet Union over the years of the fulfillment of the “international debt” ranged from 15 to 30 billion dollars. But the result is still visible! What are the Americans?

It turned out that one can quite seriously talk about the huge corruption component in the activities of the “restorators”.

The White House is blamed for all the corruption. Afghan, of course. The Afghanistan Rescue Special Inspection Service (SIGAR) was established under the US government in 2008 when it became clear that the money invested was being stolen.

The first results of SIGAR activity showed: only in every fourth investigation of SIGAR defendants are Afghans. In other cases, there are Americans.

Afghans believe that it was the Americans who taught them to major corruption.

“Before the Americans came, the Afghans were not familiar with corruption of this magnitude,” said the First Vice-President of the Afghan Chamber of Commerce and Industry, Khan Jan Alokozai. - Today, so many people are involved in illegal schemes, that corruption is getting out of control. Afghans are faced with the fact that they are simply forced to give kickbacks. Often, in terms of obtaining a contract, the amount, as it is called, of the commission, is stated directly. And it turns out that American contractors transfer contracts to their subcontractors, they transfer it to someone else, then to someone else, and only after that the money gets into Afghanistan. That is, one contract passes through several sham companies, each of which leaves to itself up to a quarter of the amount. And if the project cost is declared in 100 million dollars, then the 75% contract is the commission that the primary contractors receive, and at best 25% is spent on the project itself. ”

“The fact is that only a company registered in the United States can get a contract from the US government,” said Yama Torabi, executive director of the public anti-corruption committee at Integrity Watch Afghanistan. - And when the US government gives a contract to an American company, it doesn’t care much and doesn’t check who will actually do the work and how many subcontractors will be hired. As a result, primary contractors are incredibly overpriced - by 10 and more times! If a building can be built for 200 thousand dollars, the contract will say that the value is estimated at 2 million. Then the usual scheme takes place - the primary contractor transfers the contract to the first subcontractor, he transfers it to the second one and so on ... Thus, 3 / 4 money is deposited in someone's pockets, even before reaching the country. ”

The SIGAR investigation provides an example of a hospital in Gardez. Its construction is delayed for two years, but this does not prevent the contractor from spending money on current expenses, including for fuel that is purchased at 500 dollars per gallon at the market price of 5 dollars.

In one of the hospitals were supposed to supply equipment and medicines for 41 million dollars. But doctors received goods only on 1 million. However, the investigation has reached a dead end: the American military suddenly lost 6000 documents for just 40 millions.

But the case of 700 millions, to which also got an investigation. It's about supplying fuel for the army and the police. The US military took and burned the bills, explaining their actions by the fact that by transferring the region under the control of the Afghan army and police, they must destroy the documentation.

“Only idiots come across,” replies Yama Torabi. - For example, I recall the case when one lady, a soldier of the American army, forged 1 bills for a million dollars and got caught simply because she sent cash in packages. And another American asked the contractor to transfer 50000 dollars at the expense of his wife ... "

The material provides examples of what schemes Americans use in their fraud. Local construction contractors were taken on contracts with the US Army - and as a result, they burned. The first months the money is paid, then it starts as if “bureaucratic delays” begin, but in fact the primary contractors disappear along with the money. Afghan subcontractors have to pay for work and materials from their own funds. SIGAR is completely powerless. Subcontractors have no chance to win in court either in the United States or in Afghanistan. Time passes, primary contractors appear in Afghanistan under other names, defrost the contract and complete construction. Moreover, this "primary contractor" can again disappear with money, having also acquired a finished object.

The article also notes that the largest contract service providers in Afghanistan are the companies of the American military industrial complex: DynCorp, Blackwater (also Xe Services and Academy), Lockheed Martin, Northrop Grumman, Raytheon , "Louis Berger" and "BearingPont". For example, DynCorp received from the Pentagon only one contract for the extermination of narcotics 1,8 billion.

It is not even funny.

What is the attitude of the Afghan people to the problem of total corruption? Maybe protesting? Or has everyone got used to it for a long time - like something inevitable?

True to the second. After all, American corruption is so well “planted” on the Afghan trunk.

At the end of last year, corruption in Afghanistan reached a record level, causing damage to the country's budget of 3,9 billion dollars. In a study of the UN Committee on Drugs and Crime, conducted jointly with the anti-corruption agency of Afghanistan, ascertainedthat the volume of bribes increased compared to 2009 year on 40%.

The “independence” of Afghans in this area is manifested in the fact that half of the adult population of the country, without extinguishing and not hiding, regularly pays government officials (at least one bribe a year). The one who does not have the opportunity to give bribes, as a result, turns out to be “on the sidelines”: these people are cut off from public services and cannot get a job in public services.

Education in Afghanistan is completely corroded by corruption. While in 2009, the entire 16% of Afghans gave bribes to teachers, in 2012, their number increased to 51%. Teachers are paid to correct the assessment or tell them how to solve problems.

The study found that the majority of the adult population of Afghanistan began to consider bribes an acceptable phenomenon. In 2012, 68% of respondents said they did not condemn officials who charge extra for “services”: after all, officials have a low salary. In 2009, these people were 42%.

But how will he win it, if imported imported local corruption?

In October 2013, in an exclusive interview "RT" Afghan presidential candidate Daoud Sultanza said that if the Taliban wanted the Americans to leave Afghanistan, they should allow honest candidates to replace the corrupt government in power.

Sultanzoy believes that the main danger for the country is corruption. "If we succeed in bridging the gap between the government and the people, filling it at the expense of effective government and the rule of law, the Taliban will lose the opportunity to hide behind the backs of the Afghan people," Sultanza stressed. According to the candidate for the presidency, the Taliban are gaining popularity against the background of people's discontent with corruption.

However, the same Sultanza is convinced that the international community in the person of the United States, the European Union and NATO can rig the results of the elections in Afghanistan. “If the West, with its allies in Afghanistan, stands on the side of the corrupt authorities and tries to replace them with such a corrupt government, then this, of course, can be done. However, such a step will not only not lead to stability, but will also respond with negative consequences for NATO and the United States in the future, ”the candidate said. The fact is that after the elections, people can "crowd" in the ranks of the Taliban, and "the country will turn into a hotbed of instability."

If the US military-industrial complex considers Afghanistan as one of its own estates, it will do everything to rig the election results in the country. The golden stream must not stop. “Independent Observers” in 2014 will try to put another puppet on the throne in order to continue the lucrative speculation and fraud, which is actually turned under the cover of the state. In parallel, the drug business will develop: after all, the military is not responsible for drugs. Not theirs is the task.

“NATO is not responsible for the drug problem - in Russia, Afghanistan or Iran. The authorities of these countries and the relevant state structures are responsible for this, ”Robert Pchel, director of the NATO Information Office in Moscow, told 4 in February in Veliky Novgorod. Discussion Passed in the framework of the VIII Winter School CIRP on the theme “Partnership of Russia, the EU and NATO in the Baltic Sea Region: developing a strategic approach”.

But what about “DynCorp”, which received from the Pentagon only under one contract for the extermination of drugs 1,8 billion dollars? Not otherwise, cash returned in packages somewhere in Wyoming or Mississippi.

Result: if Afghanistan in 2012 produced 80% of opium poppies in the world and significantly expanded the "acreage", then this year the UN reported already about 90% of Afghan opium poppy on the planet. What will happen next year? Ninety five, one hundred percent? Will Afghanistan become an opium monopoly? Achieving such record-breaking “indicators” is simply unthinkable without the collusion and even the participation of those military who zealously care about the “security” of either Afghanistan or their own homeland. In fact, they care about filling their own pockets.

Interestingly, the US National Intelligence Agency sees in Afghan drug trafficking the main threat to residents of American cities. This was stated in the report of the Office of 12 March 2013, signed by director James R. Clapper. But these are only words, propaganda, calculated on the ears of the closest inhabitants.

Afghanistan is a convenient territory for the enrichment of the most shameless American dealers, hiding behind the Pentagon and practically under jurisdiction. American corruption quickly got accustomed and flourished in a country that already has a rich experience of corruption. We should not be surprised that Obama not only is not in a hurry to withdraw troops from the country, but even gathered in 2014 to increase funding for programs for the restoration of Afghanistan by 23%. Go ahead, “primary contractors”!

Observed and commented on Oleg Chuvakin
- especially for topwar.ru
Ctrl Enter
Noticed oshЫbku Highlight text and press. Ctrl + Enter
We are
Projection of forceResults of the week. “I will ask the fact of the sale of the Motherland to be recorded in the protocol”
21 comment
Information
Dear reader, to leave comments on the publication, you must to register.